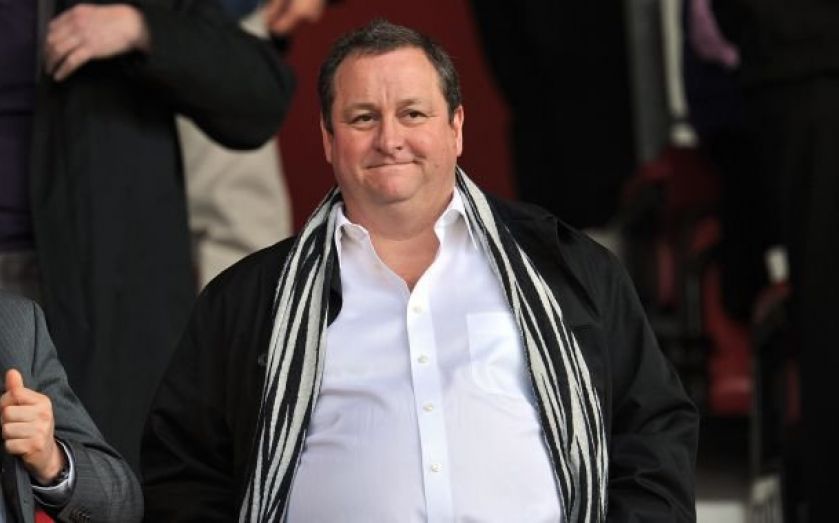 Mike Ashley appears to have offered flailing Rangers a life-line, but in order to accept the Scottish club's board will have to renege on promises previously made to fans.
The Newcastle United owner is ready to provide a £10m loan to the club, but in return will want securities on its Ibrox stadium and Murray Park training ground.
Documents show that Ashley’s Sports Direct has filed its intent with the Register of Scotland to add its name to the title deeds of Ibrox and Rangers’ Murray Park training ground.
The Rangers board has stated it is "currently considering various proposals to secure the financial future of the club, however no decision has been made at this time."
The offer comes in spite of repeated insistence from Rangers that it would not allow loans to be secured against its two main properties.
In October, the club rejected a funding offer from businessman Brian Kennedy in October because he wanted his loan to be secured against the properties.
Furthermore, the club issued what seemed to be a fairly categorical statement ruling out such a move last May:

For the avoidance of doubt and so that all Rangers fans are again reassured, the board has stated that is has no intention of granting security over Ibrox to anybody.

The documents also reveal that Sports Direct will be granted exclusive security on the loans for 35 days meaning a counter offer cannot be accepted.
According to the BBC, the Three Bears consortium, made up of wealthy fans Douglas Park, George Letham and George Taylor, are believed to have made a counter offer with two seats on the board and security over Murray Park in return.
Ashley’s loan will also fuel further speculation that he intends to add to his power at the club in which he has 8.9 per cent stake.
Due to his ownership of Newcastle, the businessman was prevented from adding to his holdings in the club by the Scottish FA after previously agreeing to limit his shareholdings to 10 per cent.
Rangers, who say they do not currently have enough capital to continue trade until the end of January, are currently the subject of an intense power struggle.
American businessman Robert Sarver was rebuffed in his attempts to buy a controlling stake in the club for £20m earlier this week.
The Rangers Supporters Trust have reacted to today’s news by vowing to explore legal options that could block the club providing securities against their beloved stadium.

The RST will examine legal options to block this with other shareholders. We will never let Ibrox be mortgaged off. No Surrender!