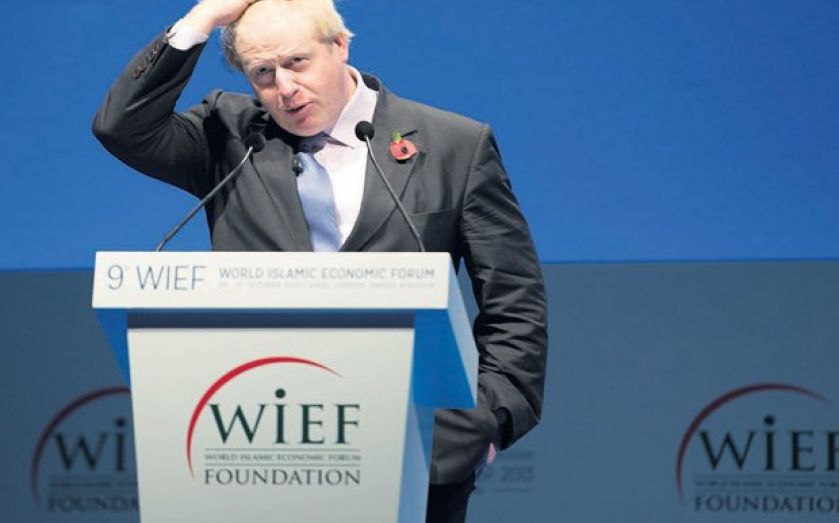 SOCIAL enterprises in the Islamic world are playing an important role in driving improvements in living standards – particularly for hitherto marginalised groups. Jita, for instance, a Bangladeshi social enterprise, provides a sustainable source of income for over 4,000 women in rural villages. Supplied by 150 local distribution hubs, these “Avon ladies of Bangladesh” go from door to door in impoverished areas with a basket of goods for sale, including health and nutritional supplements. Jita says it has reached 2m people, and its model has been the subject of research at Oxford University’s Said Business School. Today the World Islamic Economic Forum will host a discussion on microfinance – specifically, what role it can play in lifting people out of poverty, and in promoting social enterprises like Jita. A panel including UK international development minister Alan Duncan, Michelle Kreger of microfinance site Kiva, and Raheel Mohammed, director of the UK social enterprise Maslaha, will assess its promise and its limitations. “The potential for Islamic microfinance is huge,” says Khaled Al-Gazawi, chief executive of Grameen-Jamel, a social business supporting microfinance in the Middle East and North Africa. “Many of the poor in the Islamic world are still afraid that borrowing with interest is their ticket to a great punishment in the next life,” he says. In Egypt alone, it is estimated that at least 35m live below the poverty line, with 90 per cent refraining from borrowing because of the lack of proper Islamic tools. And many of the microfinance tools currently employed in the Islamic world are insufficiently responsive to the needs of individuals, says Al-Gazawi. Lenders largely use the most straightforward mode of Islamic microfinance, Murabaha, in which products (a shovel, for example) are bought by the lender and sold back in instalments. “This does not match the needs of the majority, who want to start a business from scratch,” Al-Gazawi says. “Such individuals require Musharaka, where the lender becomes a partner in a business, and gradually hands the share to the client when they are ready to buy it.” The West’s experience of crowdfunding may be useful. Bruce Davis, founder of peer-to-peer lender Zopa and Abundance Generation, thinks “there are enormous parallels between these Islamic projects and the rise of equity-based crowdfunding in the West.” Global crowdfunding volumes rose 81 per cent in 2012, and the equity finance model is similar to the structure of many sharia-compliant loans, Davis says. “The general idea of financial inclusion is central to crowdfunding,” says Jeff Lynn of the crowdfunding site Seedrs. “In fact, when we started the site, our thought was – let’s do Kiva for businesses.” The model’s advocates say it aligns the interests of entrepreneur and lender, leading to default rates as low as 0.23 per cent. Lynn also thinks this could extend to social enterprises in the developing world. “We want to make Seedrs into a global company, perhaps with a dedicated section for social enterprises at some point. Many who invest in small businesses do so for a combination of financial and non-financial reasons.” However, obstacles remain. The bottom line is central, and Lynn recognises that the break-even business model of many social enterprises in the developing world could be problematic. Further, Islamic microfinance and crowdfunding platforms may struggle in the developing world for lack of a suitable financial environment, says Al-Gazawi. “Both Islamic and traditional microfinance programs face a lack of supportive semi-financial services that are as equally important to poor.” The limited availability of services like credit insurance and access to markets may stand in the way of social enterprises becoming more widespread.