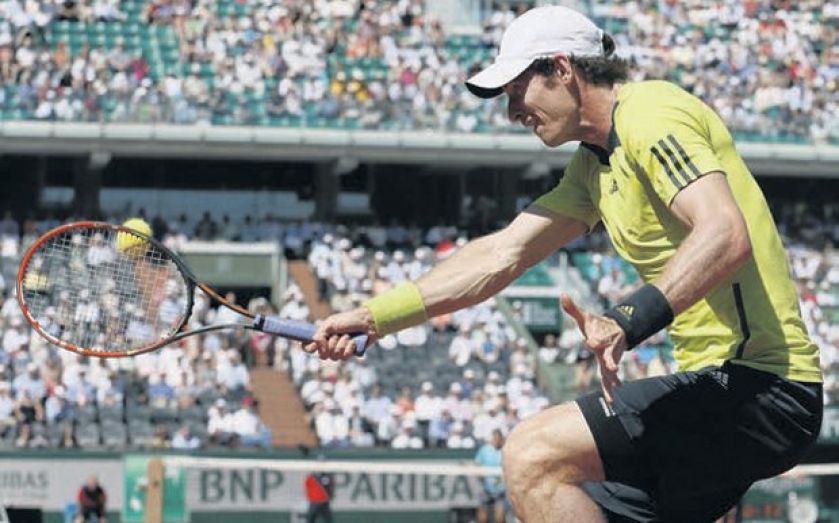 BRITAIN’S Andy Murray is looking forward to returning to his more favoured surface of grass after yesterday’s bludgeoning by Rafael Nadal in the French Open semi-final ended his clay court season.

Nadal, who has lost just once at Roland Garros in 10 years, zeroed in on a ninth title in Paris with a ruthless 6-3, 6-2, 6-1 defeat of the Scot. The Spaniard will meet Novak Djokovic in tomorrow’s final between the world’s top two ranked players.

“It was a bad, bad day for me,” said Murray, who will warm up for his Wimbledon defence by playing the Aegon Championships at Queen’s Club next week. “I never want to forget about matches but I need to switch my mind to grass.”

It was a similarly chastening experience to Murray’s only previous foray into the French Open semi-finals three years ago, when Nadal also swept him aside in straight sets.

This time Murray could win only 10 points on the Majorcan’s serve and, suffering in mid-afternoon heat and having endured two fiveset matches already here, wilted in just one hour 40 minutes.

Winning a 22-shot rally for the opening point looked promising for Murray, but proved to be the most false of dawns as Nadal broke his serve at the first attempt and established a 3-0 lead.

The world No1’s dominance was so complete that the atmosphere on Court Philippe Chatrier petered out to virtual silence as Nadal showed no sign of the back problems troubling him earlier in the fortnight.

Djokovic, meanwhile, admitted to struggling with fatigue as the Serb reached his second career French Open final with a workmanlike 6-3, 6-3, 3-6, 6-3 win over Latvian world No17 Ernests Gulbis.