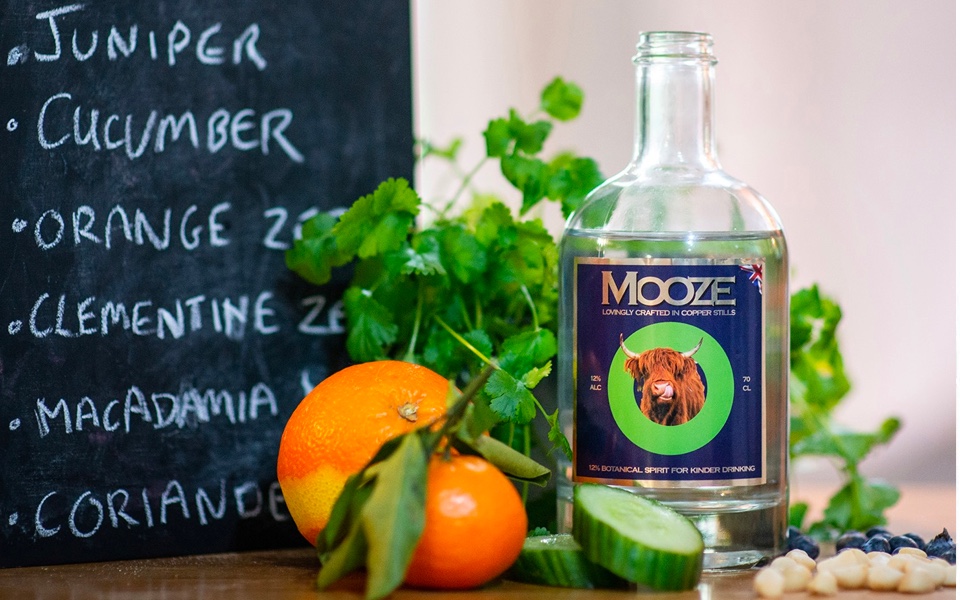 If you fancy a gin and tonic but don’t want the baggage of calories or a hangover, we may have the drink for you. Low-alc spirit-alternative Mooze is described by its makers as an “almost gin” – at just 12% ABV it’s not allowed to be sold as a gin but, according to Mel Sims, it’s “still strong enough to feel like a real G&T.” Alcohol wise, 11 serves equates to just one large glass of wine or a pint of beer, making it absurdly sessionable.

“The lo-no market is a creative one but still a binary one,” says the former advertising executive,  who worked with Dr John Walters of the English Spirit Co in creating the gin alternative.

“The pandemic has changed the way we look at our alcohol levels. And while some people have drunk a lot more to cope with stress and anxiety, many people need signposting to our mid-level options, or they might never moderate, believing that cutting out completely is the only option, which we have shown it isn’t.”

“It took six attempts until we settled on the version we now have,” says co-founder Mo Lane. “There are some great craft low alc beers, but I don’t drink beer. It reminds me of years ago, where the only vegetarian option on menus was a jacket potato.”

Botanicals in Mooze include cucumber and macadamia nuts.

And Mooze is not the only innovator in the burgeoning field of low-alc drinks. Fellow modern moderator Good Living Brewing Co’s makes Binary Botanical 4%, “A Bubbly Beer for Prosecco & Wine Lovers.” In Woodbury Salterton, Devon, DJ Jess Magill makes 1.2% Powder Keg Modern Pale Ale, while Mydflower is producing an excellent Elderflower Canned Wine that clocks in at just 5.3%. Made at Craig Farm in the Brecon Beacons of south Wales, it only sells by the case from its own website, although individual cans can be purchased from online stores such as Laithwaites, Farmdrop, and The Treehouse. The price per case of 24x 330ml cans is £59.95 with free shipping.