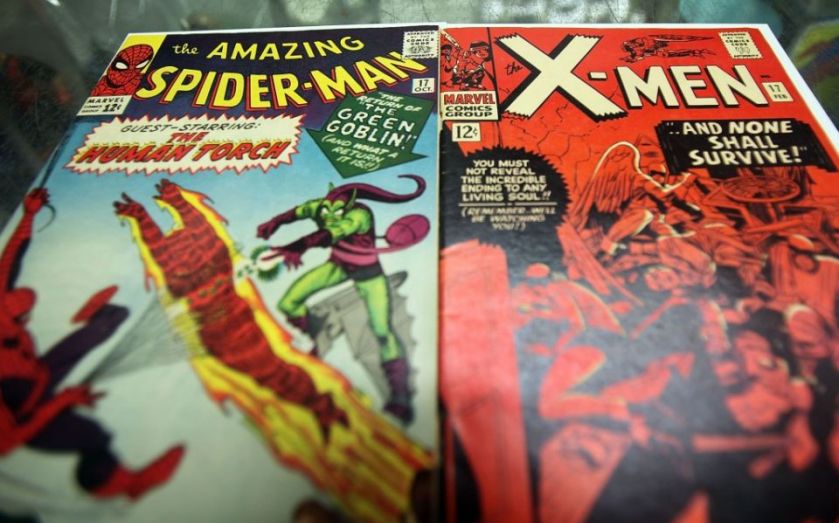 WHAM! Pow! There’s been a comic book intensity to the battle of business this week, with transport app Uber drawn as the villain after unscripted swings at journalists it felt had the disruptive tech firm in their sights.

But right now I’m seeing everything in four-colour terms, having just finished Sean Howe’s terrific history of Marvel, the company behind the X-Men and the Fantastic Four. It is a rollercoaster ride across three-quarters of a century, from Marvel’s 1930s origins to its latest blockbusters under its new parent company Disney.

Marvel’s history shows how one company, by surviving so long, can become a microcosm for all the adventures of commercial enterprise. This universe of unlikely heroes has seen it all, from mass firings to rockstar excess.

It surfed the highs and lows of a speculative bubble in comic book investment in the 1980s and 1990s, and struggled to calm a moral panic over comics’ corrupting effects in the 1950s. It faced a weird tapestry of outdated regulation (early comics needed to include text stories to qualify for postal discounts). It has found itself in the forefront of battles over intellectual property and the balance between creative integrity and commercial nous.

Spiderman’s creators always knew that with great power comes great responsibility, but they also learned that a great company is never secure, caught in a web of discovery and adjustment. In one narrative strand, Peter Parker finds the villainous Master Planner to be nothing but a cover story. So, too, Marvel’s apparently inevitable triumph conceals a succession of all-too-human experiments. Its founding insight, that heroes are more honest when we see their flaws and uncertainty, is good advice for all those tempted to turn business into a cartoon of itself.