Mapped: Where to save money on London house prices along the River Thames 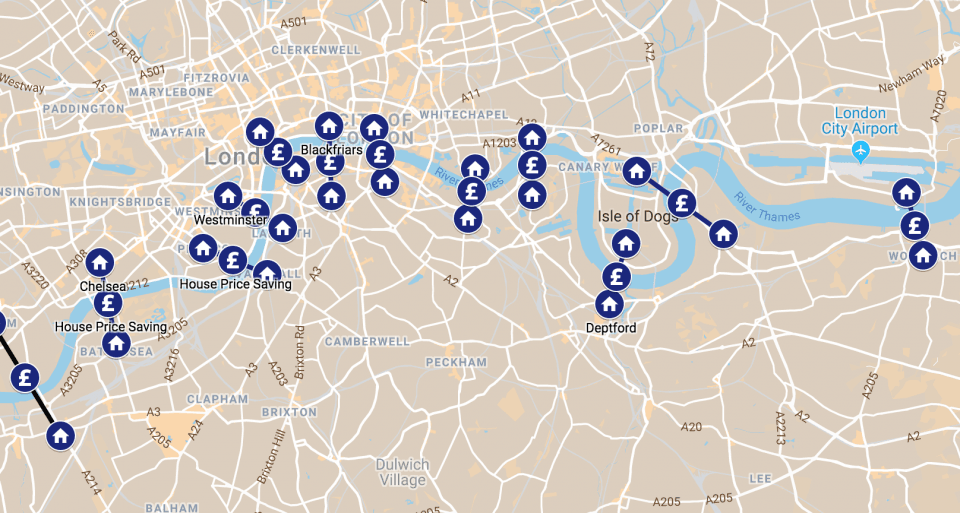 Whether it’s football clubs, tube lines or tall buildings, London is in no short supply when it comes to divisions between north and south.

But the divide across the Thames even stretches as far as house prices, with new research showing a stark difference in some property values between one side of the river bank to the other.

The 10 boroughs that border the north bank of the Thames are home to an average house price of £647,844, according to London estate agent Bentham and Reeves, while properties in boroughs along the south bank cost an average price of £483,550.

Benham and Reeves claims there are some 16 river hops with easily accessible river crossings that can save homeowners when looking to buy, such as the move north to south from Chelsea to Battersea, where house prices are lower by an average £816,000.

The walk across Lambeth Bridge from Westminster to Lambeth could see homeowners save as much as £666,000 on the average house price, while Wandsworth property prices south of the River are more than £430,000 cheaper than those across the water in Fulham.

"Much like the close proximity of a good transport link, living in by the Thames and easy access when crossing it, can command a price premium amongst London home buyers," according to Marc von Grundherr, director of Benham and Reeves.

He added: "However, as is often the case with the London market, a slight compromise on location can save you a lot of money when it comes to buying a house. For the sake of no more than a 20-minute walk from one side of the Thames to the other, you can save hundreds of thousands of pounds."