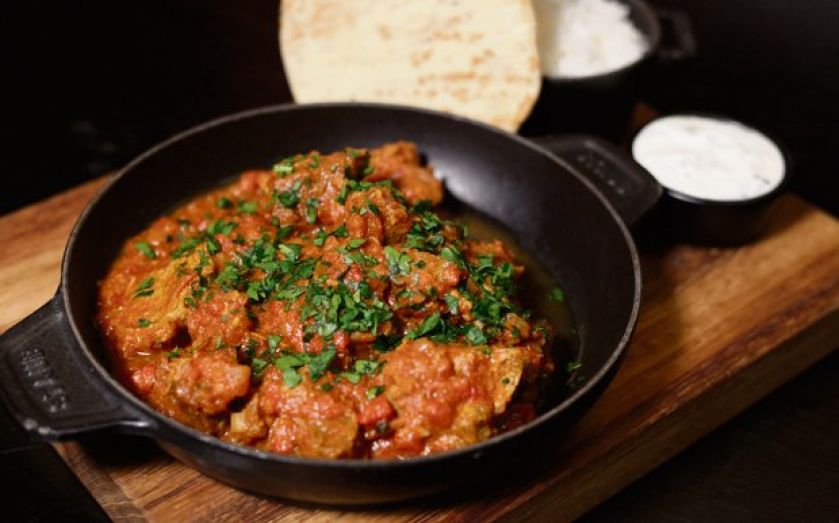 I‘VE WORKED in a lot of hotel restaurants in my time, but Strip Bar & Steak at the Malmaison Hotel, is more like a restaurant with rooms than a hotel with a restaurant. You don’t get all the politics you often get when you’re working in hotel kitchens.

I did my apprenticeship in the Park Lane Hilton, and after that I worked for Michael Caine’s restaurant The Canteen on Chelsea Harbour. He used to live next door to the restaurant and we’d always be taking food over to him and his wife. That’s one of the advantages of owning your own restaurant, I suppose.

The restaurant’s name, Strip Bar & Steak, comes from the shape of the steak. We don’t serve it on the bone or with much fat on it, it’s thinly sliced on the plate, so we’ve made steak a bit sexier.

I’d say about 70 per cent of people order steak when they come here. It’s what we’re all about, but the tuna fillet and the Goan lobster curry are also very popular. Lobster is my wife’s favourite food, she calls it lovers’ food. I ask her what she wants for dinner and she says, “Can you pick up some lovers’ food?” and I know she means lobster. I take this spice mix home and keep it in a jar in the fridge. Once you’ve got that, it takes five minutes. You just grab a bottle of wine, some coconut milk, some coriander, and you’re done.

I think people are eating more lobster now than they ever were, but it’s still a luxury. You can taste that we only use fresh produce at the restaurant and everyone gets a whole lobster.

I’ve never been to India but I have worked with Indian chefs. Goan curries are not as hot, they use a lot of fish and seafood, and it’s not too overpowering.

A good tip is to put the spices in water beforehand so you don’t burn them – and don’t overcook the fish. In Britain, I think too many people keep spices for too long and, by the time they use them, they’ve gone stale.

I’m more of a chicken korma man myself, I’m not into hot curries like madras so this is my kind of Indian dish. We’ve had customers ask to share this dish as a starter before they go on to steak and it’s mild enough that it works.

Our CEO Gary Davis lives in the States and they rear their cattle differently over there. In England, our cows are fed grass, but for the last 100 days in America, the cattle is fed corn and maize. So we only use strip steak from Kansas and it’s top notch meat. When people come in, they love how tender it is. We also don’t chargrill our steak here, we sear it, so that the customer gets the full flavour of the meat.

For me, it’s not about cooking what I want to cook, it’s about pleasing the customer and making sure they come away having enjoyed themselves – but wanting to come back for more, obviously.