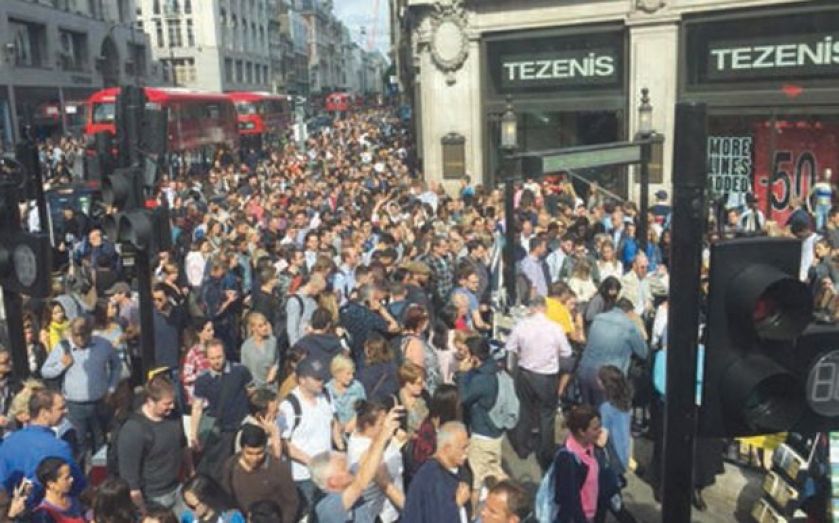 COMMUTERS battled to get home last night amid scenes of overcrowding at Tube stations and gridlock on the roads as around 20,000 London Underground workers went on strike.

The pain is set to continue today, with the Tube only reopening at 9.30pm.

Londoners tweeted pictures of growing crowds, such as this crush at Oxford Circus, and crammed platforms well before the official 6.30pm start of the action, as workers attempted to get home early. Buses were full, despite Transport for London (TfL) providing an extra 100 on the roads. An extra 200 are promised today.

Members of the Rail, Maritime and Transport (RMT) union, Transport Salaried Staffs’ Association (TSSA), Unite and Aslef are striking over pay and work hours being offered for the new Night Tube service, which is due to start at weekends from mid-September. In a separate dispute, First Great Western staff also walked out for 48 hours, disrupting services between London, the west of England and Wales.