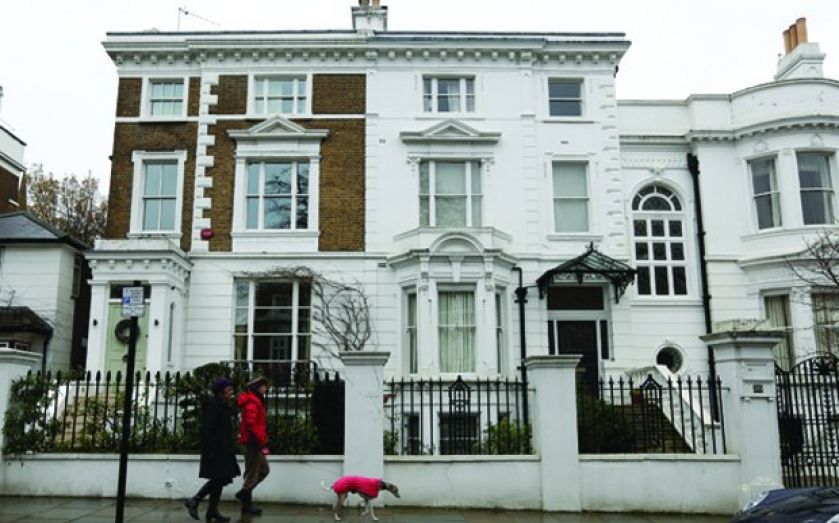 10 of the 32 boroughs surveyed by Rightmove reported asking prices having dropped in January, with the positive score for the region pushed up by some top performers.

Westminster, one of the priciest boroughs with an average asking price of over £2m, had notably strong growth, with asking prices up 10.1 per cent for the month. A year ago the data showed an 8.3 per cent monthly drop.

Prices were up too in Hammersmith and Fulham, another expensive borough. The average asking price was up 9.8 per cent for the month and 8.8 per cent year on year.

The monthly changes mean that over the course of the last year only in Richmond and Camden are prices lower than a year ago. 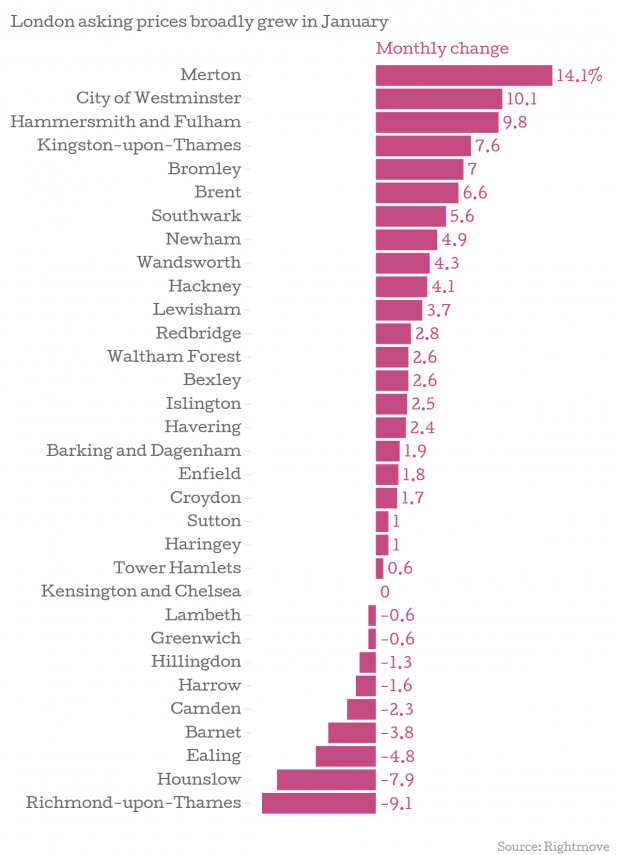 London’s property market dynamics are full of ebbs and flows, and they can change pretty quickly. Inner London’s prime was the darling of international buyers and the resultant price surge spilled out to other inner boroughs before rippling out to outer ones, the South East region and beyond. That resulted in Outer London having higher year-on-year house price inflation than Inner London for all of the second half of last year, and while both were at the heady peaks of circa 20 per cent rises earlier in 2014 they are now neck-and-neck again but at a more modest rate of just under 13 per cent.

Simon Gerrard, president of National Association of Estate Agents, said that stamp duty and the impending eleection could be having an effect.

The start of the year has been a strong one, and we’re only a week or so in. More people seem to be putting their property on the market early this year, one explanation for this is that they are doing so rather than waiting for the normal seasonally busy time of Spring. This is most probably because Spring 2015 will coincide with the General Election that could lead to uncertainty in the market at that time.

There is still more demand than supply, and sellers with property values near the old Stamp Duty thresholds are now able to market their property for its true worth, both of which are contributing to higher asking prices. Overall I think we’ll see a strong first quarter to the year, especially as potential buyers are now getting used to what is expected of them with the stricter lending criteria.