London house prices: Renting in the capital could cost you half your salary 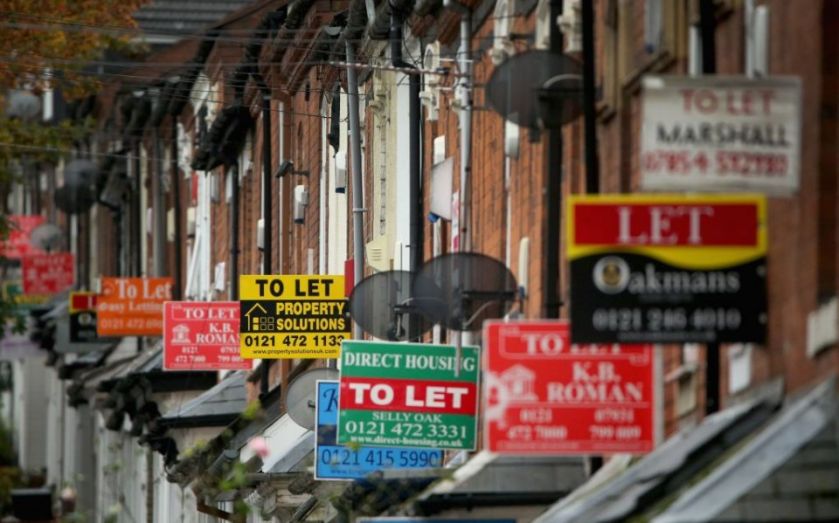 As Britain’s property market continues to cool, rental prices are dropping too. According to data from HomeLet, rental prices in five of seven UK regions dropped between September and October, although the annual rate was still positive at 7.5 per cent.
For Greater London, which has the highest average rental prices in the country, the rate of change was going backwards at -3.8 per cent. That didn't stop the capital from easily holding on to the title of the least affordable city to rent in. According to tenant referencing company HomeLet, London is not only the most expensive city to rent in for total cost, but also has the highest rent to income ratio.
The cost of renting in London (£1,413) is 49 per cent of the average income in the city, compared to 47 per cent for Edinburgh (£700) and Birmingham £550). The most affordable city in the UK was Plymouth (£510), with the average rent accounting for only 27 per cent of average annual income.

See about the data (at the bottom) to understand the problems with using a mean average.

As well as differences between cities, there are large regional disparities too. Here is a chart showing the average rental price in each of the 12 UK regions.

Interestingly, HomeLet’s data shows that those regions with the fastest recent growth now have slowing or decreasing prices, while those with steadier rates of change still have increasing rental prices.
Here is a chart showing how rental prices have changed in the 12 UK regions between September and October this year:

When we look at the annual figures however, much like the housing market, they are still overwhelmingly positive.

Commenting on the report, Martin Totty, Barbon Insurance Group’s (of which HomeLet is a part) chief executive officer, said:

The divide between areas that previously registered fast-growing rents and those where increases were more modest suggests that the market may be levelling out geographically. All around the UK, landlords continue to make sensible decisions about the ability of tenants to pay rents.
The recent easing in the rental sector mirrors to some extent the autumn cooling of the house purchase market, where house price increases have begun to ease in recent months.

Totty also said he believed that, despite the housing market slowing, high prices meant many people would be priced out of buying, which was positive news for landlords.
Rents may not continue to grow at the pace seen over the past year, but the outlook remains attractive for landlords.

Using mean averages for this like wages and house prices is not a great idea, because it can lead to figures being affected by outlying values.
Imagine a scenario where an island has one billionaire who rents a house for £4m a year. Also on the island are 20 people who earn £12,000 a year and rent houses for £4,000. The mean salary (all the wages added up and divided by the number of values) would be £22.7m and the average rental price £367,272. Not very representative.
Actual figures from the ONS show that the highest median (the half-way value) wage for a local authority is actually only £36,519, in Westminster. The mean for the same borough is £65,957, implying there are a few high-earners distorting the mean. It is likely that a mean of rental prices would be equally skewed.
Share
Tags: employment and wages London house prices UK house prices UK jobs