Rocketing house prices in the capital mean the average brick in a London house (RRP: 67p) is now valued at just short of £200, research has found (assuming it's attached to other bricks, and a bit of mortar, that is…).

The research, by online estate agent HouseSimple.com, was based on the fact it takes about 3,840 bricks to build the average mid-terraced home.

Naturally it's the upmarket bricks purchased from the boutique DIY stores of Kensington that have the heftiest price tag, with an average cost of £920. In Westminster, they're a decidedly politically incorrect £764, while the bricks of Camden cost £436. 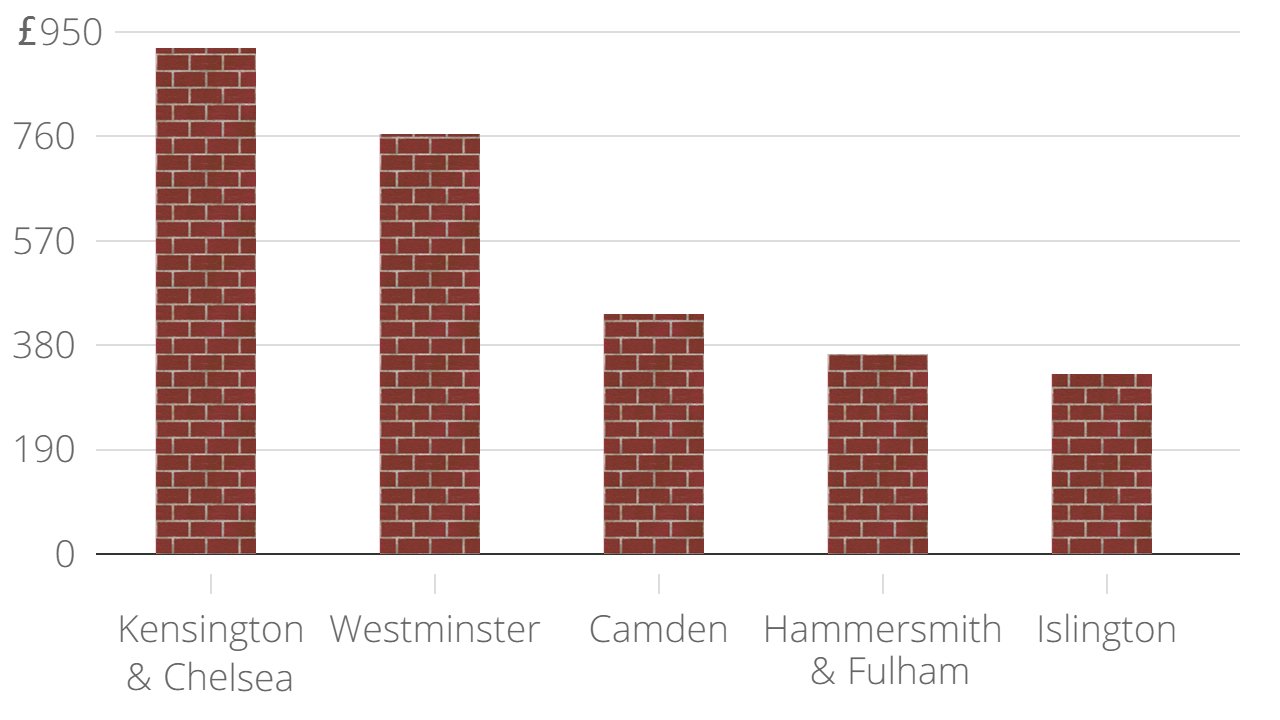 At the bottom of the list is Barking & Dagenham, where bricks cost a bargain basement £63 each, while in Bexley they cost £68 and in Havering, they average out at £70.

But figures published today by Emoov suggest that those upmarket bricks may find themselves in rather less salubrious company soon: it reckons demand in Chelsea has fallen 10 per cent in the past month, while desire for homes in Kensington is down three per cent.

Meanwhile, more figures suggested demand for homes in Nine Elms is among the lowest in the country. Although, to be fair, we're unlikely to get much information on how much a brick costs there, seeing as most of the thousands of homes being developed in the area are strictly glass-and-steel affairs….