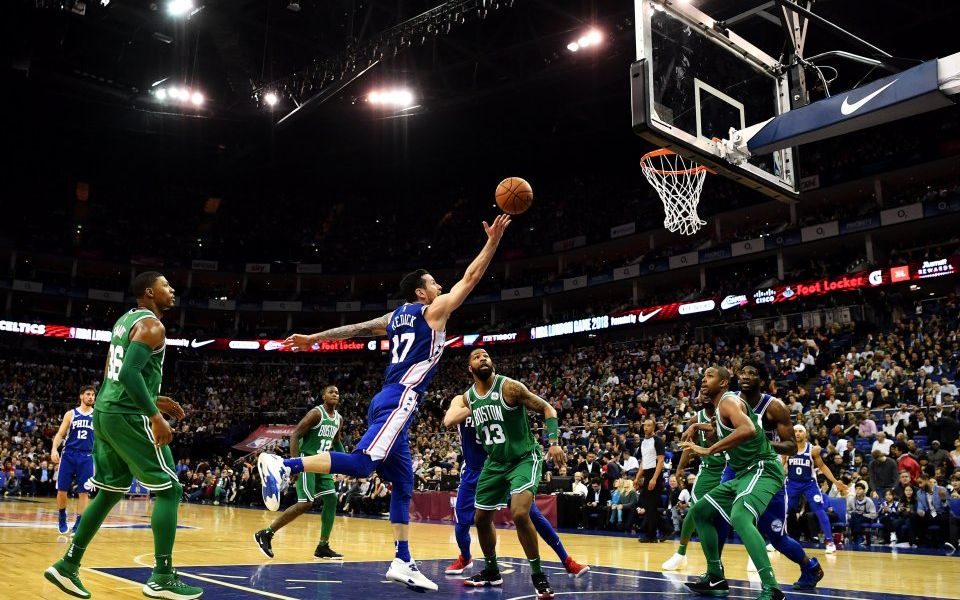 Tickets are like gold dust, those who manage to buy them flock from across continental Europe to London just for the privilege, and celebrities clamour to be courtside. By most metrics, the NBA’s annual regular-season game at the O2 is a resounding success.

This year’s match, which sees the New York Knicks take on the Washington Wizards tonight, has again sold out the 18,689-capacity arena – just as all previous NBA games at the O2 have. This time tickets were snapped up in under an hour by buyers from 39 different countries.

It’s fair to say, then, that demand for seeing basketball’s superstars in London outstrips supply. Yet NBA chiefs – in contrast to those of other leading US sports such as American football and baseball – have long resisted calls to stage multiple dates in the capital.

The NFL has grown its presence in the UK by expanding to three annual games at Wembley. Major League Baseball is only debuting in the UK this summer but will do so with a two-game series between the New York Yankees and the Boston Red Sox. But basketball remains a one-night-only event.

That could all be about to change, however. On the eve of the ninth regular-season game at the O2, NBA deputy commissioner Mark Tatum and the league’s managing director for Europe, the Middle East and Africa, Ralph Rivera, confirmed that European expansion is now being discussed.

“It’s been one per year. I definitely think there’s room for more than that,” said Tatum. “Ralph and his team will figure out what that optimum number is, whether that’s two or three. I don’t think there’s any potential limit as long as it makes sense from a business standpoint.”

London could stage more than one game a year, although that is only one of the possibilities being weighed up by Rivera, the former director of BBC Digital who only arrived at the NBA’s European HQ on Shaftesbury Avenue this month from Eurosport owner Discovery.

Other options include dividing games between London and another European city, with Paris seemingly at the head of a short queue that also includes Berlin. The London game could even be moved to another host city, Tatum suggested.

“Those are the scenarios, frankly, that I am just now starting to look at,” said Rivera. “Do you split a weekend? A Thursday and a Saturday game? Eurostar in the middle of that? So we are looking at those scenarios. But a lot of it is logistics and caring about the players and the travel. It’s not just the getting here, it’s the being here and going back.”

The NBA has previously held pre-season games in Paris and considers the revamped AccorHotels Arena – formerly known as the Bercy Arena – a suitably hi-spec venue for its show. France would also be a popular choice with sponsors and teams, according to Tatum.

Overseas games are typically a year in the planning, Tatum said. By that timeframe, an expanded European programme as soon as next year might be feasible. “We’ve had games in Paris before and we took a break because they had to renovate the Bercy. Now that’s done, those conversations have picked up,” he added.

Games could venture beyond America and Europe to other regions further down the line, said Rivera, who has also lobbied Tatum – No2 to the league’s commissioner Adam Silver – to bring the All-Star Game across the Atlantic in future.

“Ralph asked me that question. I wouldn’t rule it out,” said Tatum. “Our All-Star Games are out pretty far and there is tremendous interest from our teams to host the All-Star Game but there’s also interest from other cities around the world to host it. It’s something we’ll that look at. I’d say that’s not immediately on the horizon, but it’s something down the road we would contemplate and look at.”

The NBA emphasises that its attempts to grow basketball in Europe are as much about increasing youth participation and successful content distribution as it is about taking its show on the road. Its eSports venture, NBA 2K League, is another driver of global fan engagement.

Appetite for the live spectacle remains undimmed, however, as tonight’s full house at the O2 will show. For those unable to buy tickets, there is now at least greater hope that further European dates, perhaps even in London, will go further to sating that appetite.