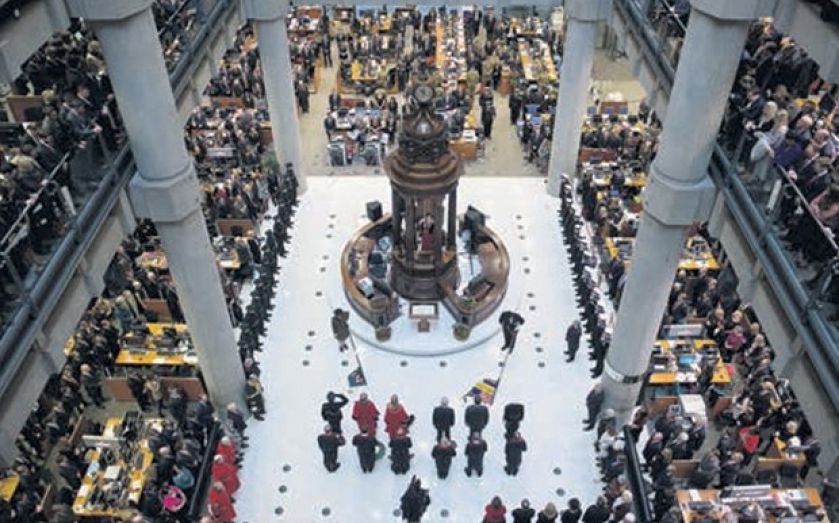 THE UNDERWRITING room at Lloyd’s of London fell silent yesterday morning as employees gathered to observe the traditional two minute silence to mark the 95th anniversary of the World War One armistice.

Chelsea pensioners joined staff at the ceremony, which saw a ceremonial piper play to the assembled crowds before a wreath-laying ceremony underneath the floor’s famous Lutine Bell.

Elsewhere the Royal British Legion held its sixth annual Silence in the Square event in Trafalgar Square, which ended with members of the public scattering poppy petals into the popular tourist site’s fountains.

And Prince Philip travelled to Belgium to attend a Last Post ceremony in Ypres. Soil from cemeteries across Flanders is being shipped to London to create a memorial garden to fallen soldiers.