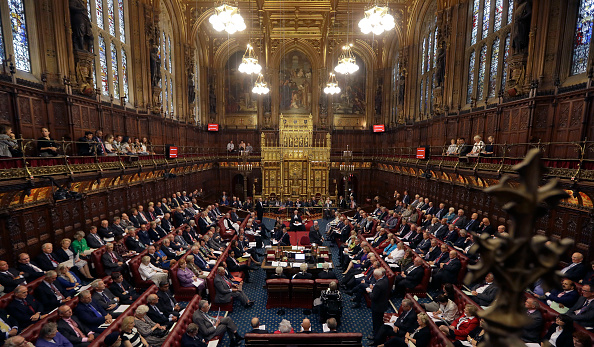 A bill designed to block a no-deal Brexit is set to become law after passing through the House of Lords today.

The European Union (Withdrawal) (No. 6) Bill was successfully passed through the House of Commons on Wednesday, but had to be approved by the House of Lords before becoming law.

Read more: Car makers: We would rather another Brexit delay than no deal

It was passed through parliament’s second chamber on Friday afternoon unamended, despite some concerns Eurosceptic peers could have delayed the legislation’s royal assent.

Tories in the Lords tabled a number of amendments, which could have resulted in the debate rumbling on into next week when parliament is set to be prorogued.

However, the government’s chief whip in the Upper House, Lord Hyde, later revealed the Lords would return the bill to the Commons on Friday.

It rounds off a disastrous week for Boris Johnson who had pledged a “do or die” strategy to leave the EU by 31 October.

During a speech in Wakefield on Thursday, where he was initially supposed to talk about police recruitment, Johnson said: “I would rather be dead in a ditch than delay Brexit”.

The Prime Minister will now have to ask the EU that Brexit be delayed if a deal is not agreed by 19 October.

Read more: Wetherspoons toasts no-deal Brexit by slashing the price of a pint

Johnson, who lost a vote to hold an early general election this week too, wants to hold an election on 15 October, before that date and before the EU summit on 17 and 18 October.

However, earlier today leaders of opposition parties, including Labour, the Lib Dems, the SNP and Plaid Cymru said they would vote against the government or abstain in Monday’s vote on whether to hold a snap election.