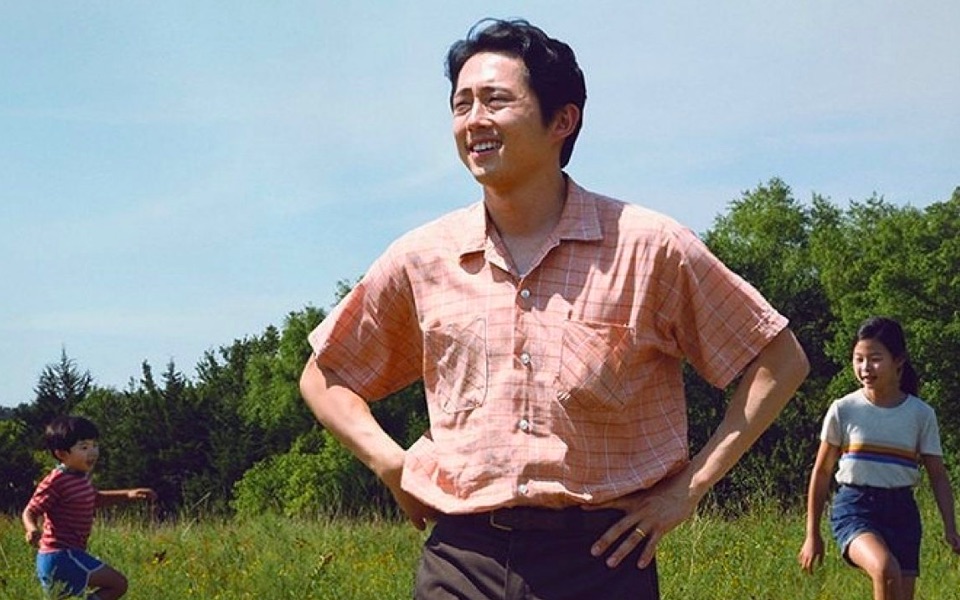 It’s unlikely that any of the Oscar hopefuls will arrive in the traditional way this year. Nomadland will head to Disney+ at the end of April, Netflix’s Best Picture nominees are already available, and last week saw the UK debut of Lee Isaac Chung’s Minari.

Read more: Prepare to eat, drink and be merry: 63 places to go from April 12

Partly based on Chung’s own childhood memories, the film takes place in 1980s where we meet The Yi Family. Originally from Korea, they have moved from California to Arkansas, with the dream of starting a business selling Korean produce to vendors in Dallas. The move is lead enthusiastically by patriarch Jacob (Steven Yeun), who fully buys in to the dream of America. His wife Monica (Han Ye-ri) is less enthusiastic, missing the larger Korean community on the West Coast and wondering if this is the best place for their children David (Alan Kim) and Anne (Noel Kate Cho). As Monica’s mother Soon-ja (Youn Yuh-jung) arrives to help with child care, the problems begin to pile up for the new venture, testing their bond to its very limit.

Gorgeously shot, Chung’s story is an exploration of The American Dream that we don’t often see on screen. The myriad issues that face starting from scratch in an unfamiliar place, and the dynamic of a family, all unfold without any Hollywood gloss. Everyone involved, from the family themselves to supporting characters like eccentric farm hand Paul (Will Patton) have many aspects to them. There’s no good or bad here, it’s just life.

As powerful as their journey is, it’s the performances that stay with you. From top to bottom, the cast give everything to portray an authentic, complex family. Yeun’s Jacob is a man driven by purpose, to the point where that purpose almost overtakes the people he is supposed to be working to care for. As Monica, Han is a masterclass of measured emotion, conveying the loneliness of chasing your dream (particularly when it’s someone else’s). Young co-stars Alan Kim and Noel Kate Cho are delightful, but it’s Youn as Soon-ja who steals the show. Lighting up the screen as the inappropriate grandmother who we actually would all love to have, the scenes between Soon-ja and David are simple but so touching.

There’s so much going on beneath the surface of Minari, but those paying attention will find a story of immigration that is fascinating, as well as a tribute to family that will feel universal.

Minari is available on demand from Friday 2nd April