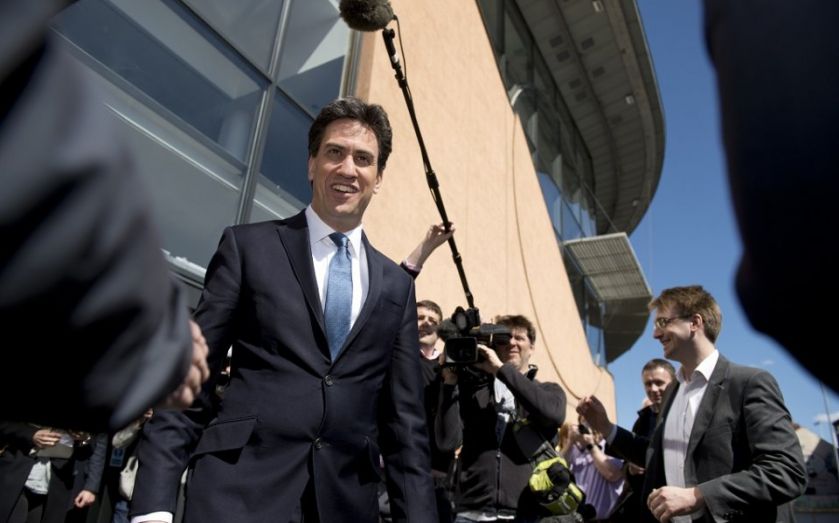 Ed Miliband has received a ringing endorsement from one of the country's leading business groups for Labour's immigration stance.

Labour have said they will not set out a specific immigration target to reduce the net inflow of people coming to the UK differentiating themselves from both the Tories and Ukip. This is welcome news to business groups.

The Conservatives fell well short of their ambition to cut immigration to the tens of thousands by the end of their term.

Miliband shifted the focus of Labour's campaign today to give a 10-point address on the party's plans to reform the immigration system.

The plan includes toughening Labour's stance on some aspects of the immigration debate, pledging to recruit 1,000 extra border guards and introduce full exit checks within 100 days of a Labour government taking office.

Director general of the Institute of the Directors (IoD) Simon Walker said:

Ed Miliband is right to rule out net migration targets. Putting an arbitrary figure on the number of people you think should be arriving in the UK every year is not the stuff of serious policy-making. The target has damaged our reputation overseas and put off the very people we should be welcoming into our country, including entrepreneurs and students.

Business leaders have been unimpressed to say the least by the negative rhetoric surrounding the immigration debate. Two-thirds of IoD members said the way political leaders discussed immigration had a negative impact of the public's understanding of the issue.

“Businesses value – and need – access to a highly-skilled and international talent pool in order to compete in the global economy," Walker said.

As the parties have recognised in their manifestos, part of the long-term solution is to address our skills gaps at home. But growing businesses need engineers, developers and scientists now and the UK will always benefit from being able to attract people with different skills, backgrounds and experiences from across the world.