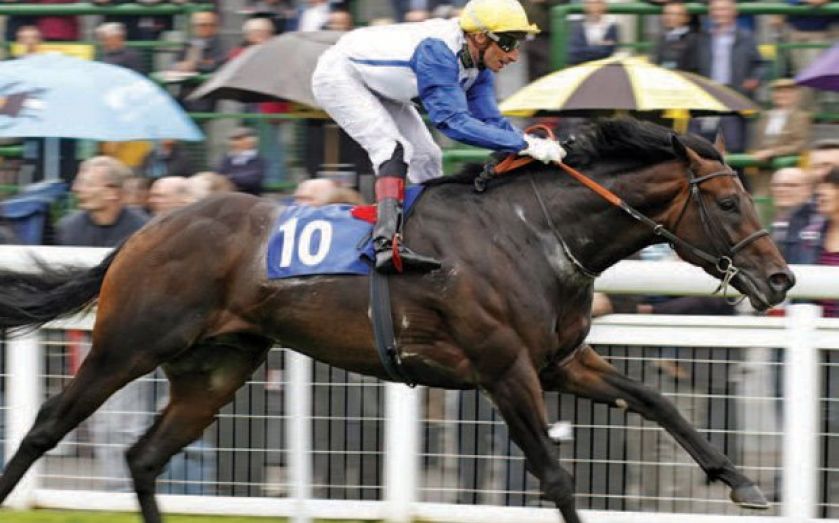 BILL ESDAILE PREVIEWS THE BEST OF THE WEEKEND’S RACING

CLIVE COX has trained some smart sorts over the years so it’s interesting that he’s named KODI BEAR as the best horse he’s ever had.

The progressive three-year-old was second in the Dewhurst last year but missed the 2000 Guineas with a setback. Patience has been rewarded, though, as the colt has won two of his three races back, and should take all the beating in the Celebration Mile (3.45pm) at Goodwood tomorrow.

He was particularly impressive when running away with a Group Three at Salisbury earlier this month and can take this on route to bigger things. He gets weight off all the other five runners, who are an exposed bunch, and this is a weak renewal of the race.

If you snapped up some of the 3/1 available early in the week with Betway, then you can sit pretty as Kodi Bear is already as short as 4/6.

I can’t advise lumping on a shortie around a track like Goodwood on the softest ground he will have encountered, but I do think he’ll win.

The more interesting bet is to take the 14/1 available on Kodi Bear for the Queen Elizabeth II Stakes at Ascot in October. That’s his main target and a taking performance will see the son of Kodiac trimmed in the betting for that Group One showpiece – he’s already 10/1 with many firms.

In tomorrow’s opener at Goodwood (2.00pm) I’m keen on Mick Channon’s EPSOM ICON to take another step up in class in her stride.

It was a messy four-runner Listed race she took at Newbury but she beat two useful colts that day and, as a previous winner at Epsom, she should handle this track better than most.

There are all manner of interesting rivals in the line-up but Epsom Icon is one of only two coming here on the back of a win.

The other last time out winner, Light Up Our World, needs to improve about a stone on that maiden success to trouble my selection.

CZECH IT OUT is lightly-raced for a five-year-old and can go well in the big handicap at 2.35pm. Amanda Perrett’s charge is a previous course and distance victor and ran a cracker to finish a neck second in a good handicap at Newbury last time, despite not getting a clear run.

The front-running Enlace is a typical busy Mark Johnston horse and, drawn next to Czech It Out, should give my fancy a perfect tow into the contest.

Kieran Shoemark is a useful 5lb claimer in the saddle and in a race where all the runners have some sort of question mark over them regarding either current form or the ground, Czech It Out looks a solid each-way bet.