All bourbons are whiskies, but not all whiskies are bourbons. This is the first commandment drilled into visitors at the distilleries that pepper the state of Kentucky, USA.
Now, I’m a walking Wikipedia entry, espousing facts about bourbon to anyone who will listen; for instance, did you know that bourbon has to be made from at least 51 per cent corn and aged in charred, white oak barrels? But chief among these facts is the knowledge that not all bourbons are created equal. Each has its own distinctive taste, even though water and yeast are the only ingredients added to the mixture.
Kentucky state – where 95 per cent of all bourbons are distilled – has had a rebrand recently as the result of a $500,000 deal with a PR company.
Its new tagline is “Unbridled Spirit”, which hopes to attract visitors to the myriad network of distilleries and bourbon bars in this laid-back crossroads straddling the North/South divide.

A thoroughbred being prepared for the Kentucky Derby

A good place to start is  Louisville on the banks of the Ohio River. Known as Kentucky’s slave capital until the Civil War, the river offered escapees a route to Northern territory. But most never made it across, including the ancestors of Cassius Clay, who was born and brought up in Louisville before he changed his name to Muhammad Ali. The city’s multimedia Muhammad Ali Center celebrates his life in and outside the ring and it’s a compelling visit.
So, too, is a walk down Main Street, known as Whiskey Row due to all the distillery offices and warehouses that were located here before the Prohibition Laws. Distinguished by Victorian commercial architecture on a scale unseen in any other part of the States, this is not your typical American city. 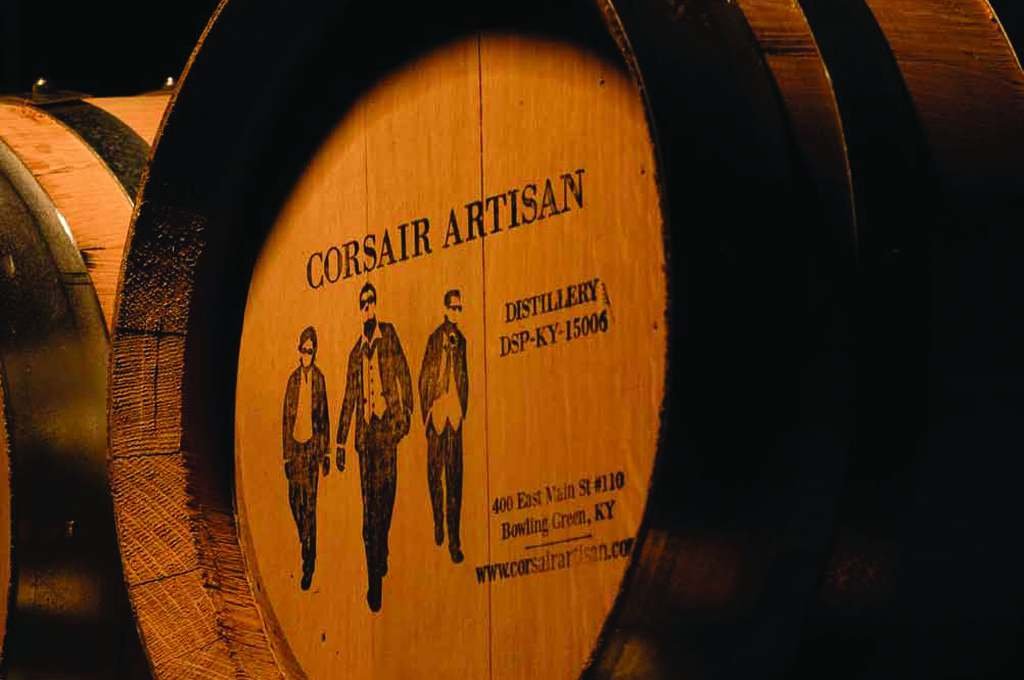 Most people in the UK have heard about Kentucky’s finger-lickin’ good fried chicken, but the culinary scene has so much more to offer. A farm-to-table ethos prevails in its best restaurants and places such as Bourbon’s Bistro combine good food with a bar boasting 130 bourbons. The Holy Grale, a former church now devoted to craft beers from around the world, is hard to beat for upmarket pub grub and a menu of exceptionally fine beers.
After a hard day’s drinking, I laid my head in the arty 21C Hotel on Louisville’s Main Street. Sophisticated and smart, some of the designer rooms even have patios where you can enjoy a bourbon with a view over the city. 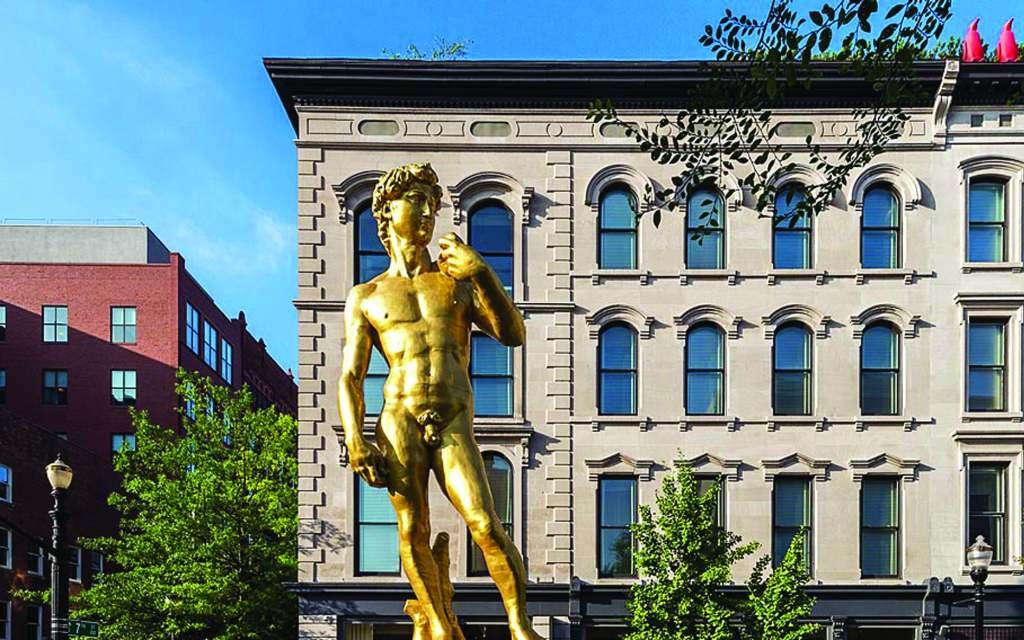 A gold replica of Michaelangelo's David outside the 21C Hotel

For accommodation in a more rural setting, head to Shaker Village at Pleasant Hill, south of Lexington. The Shakers were a religious sect for whom sex was an impurity and – seemingly unbothered by the dwindling birthrate – they calmly observed their own extinction.
Their buildings now offer rooms for visitors and an opportunity to learn more about Shaker history.
You’ll begin to feel the sleepy draw of the South in the town of Bowling Green, close to the border with Tennessee and an hour’s drive from Nashville, where Cajun spring rolls and Bayou gumbo start appearing on the menus. 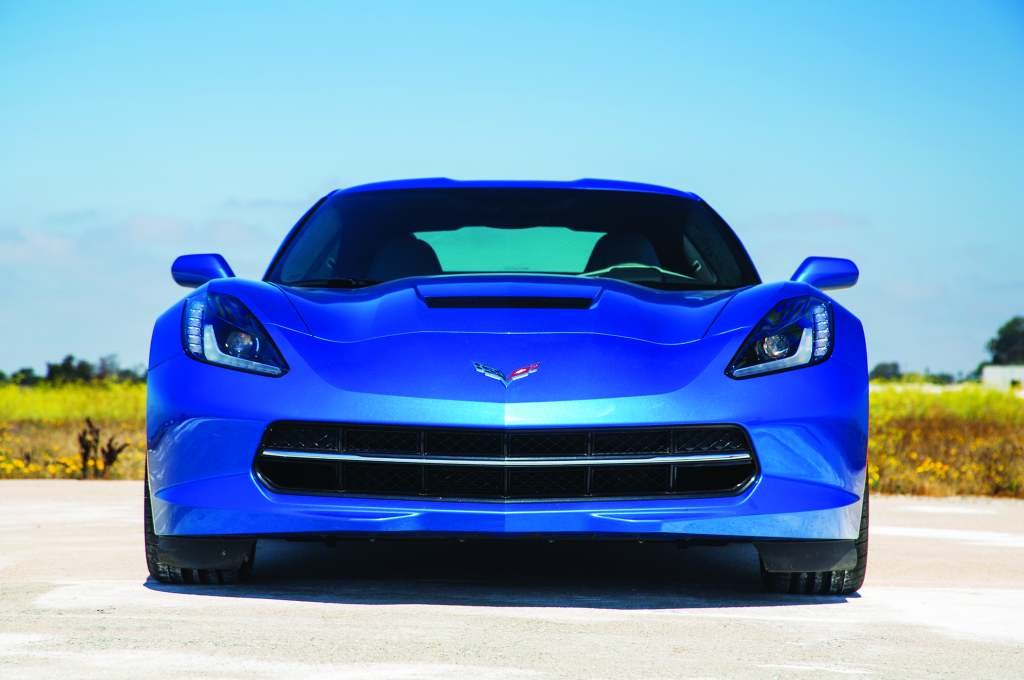 The real reason to be here, though, is the GM Corvette Assembly Plant, where every Corvette sports car in the world is made. The robotically streamlined plant is a mile-long, with an occasional human lending a hand, that ends with a new Corvette being started for the first time and driven off the assembly line. Bowling Green is also home to Corsair, a neat artisan distillery that started with three friends making beer and wine in their backyard before graduating to whiskeys, absinthe and Pumpkin Spice Moonshine.
The set-up is so compact and efficient that you’ll feel an urge to go home and declutter your garage so you can brew up a storm.
Kentuckians aren’t just crazy about bourbon, though: horse racing is also in their DNA. The two pursuits are linked by Kentucky’s limestone-rich water and soil that feeds both the distillery process and fields suited to thoroughbreds. 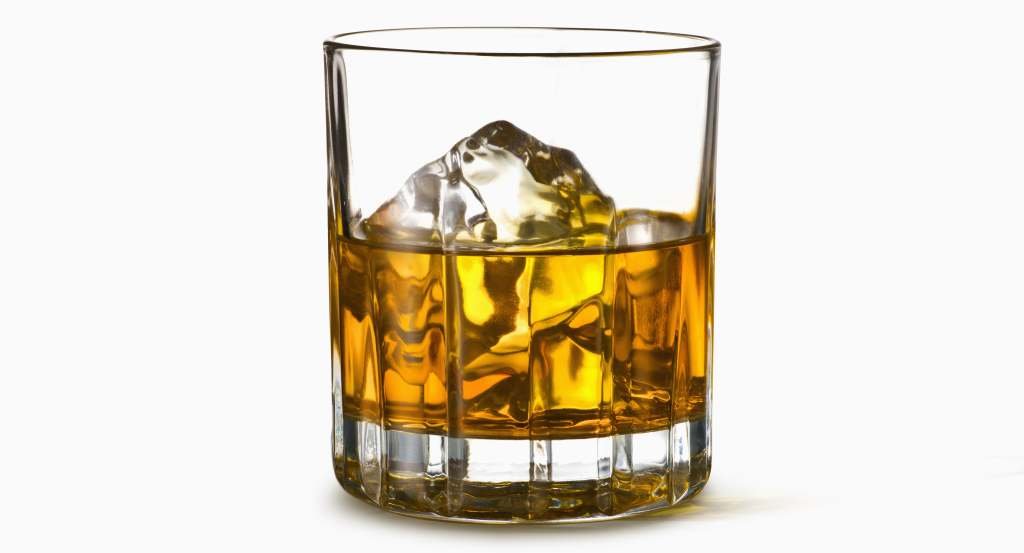 Bourbon has to be made from at least 51 per cent corn and aged in charred, white oak barrels

Everyone knows the Kentucky Derby – drawing in $130m in wagers — run at Churchill Downs in Louisville but, like the Keeneland racecourse at Lexington, visits can be more fun on non-race days. No tailgating to get there and the sound of hoofs thumping past the winning post is still stirring.
Kentucky is pure Americana: horse farms, cornfields, homesteads with rocking chairs for idling on the porch, mansions that could have been in Gone With the Wind, picturesque old metal bridges crossing into Ohio and Indiana. There’s plenty of small town charm to discover along the way in places such as Midway (population 1,600), which was founded by a railway company and still has the track running down the centre of main street. Also en route is Bardstone (population 11,000), where the first bourbon was shipped downriver to New Orleans. You can even sleep in a jailhouse cell on a B&B basis. I found Kentuckians to be quaintly proud, content with the courtly image presented to others, and with homespun Southern accents –- pronouncing Louisville as loo-evel and ler-val, slightly stressing and lengthening the first syllable – to get your ear and tongue around.
Everyone has an image of the Deep South as the home of Americana. In fact, it’s the crossroads between the North and the South that has the most to offer the intrepid visitor.

Birthday wishes
The song “Happy Birthday to You” was the creation of two Louisville sisters in 1893.