Keith Wade: Is the world now heading for recession? 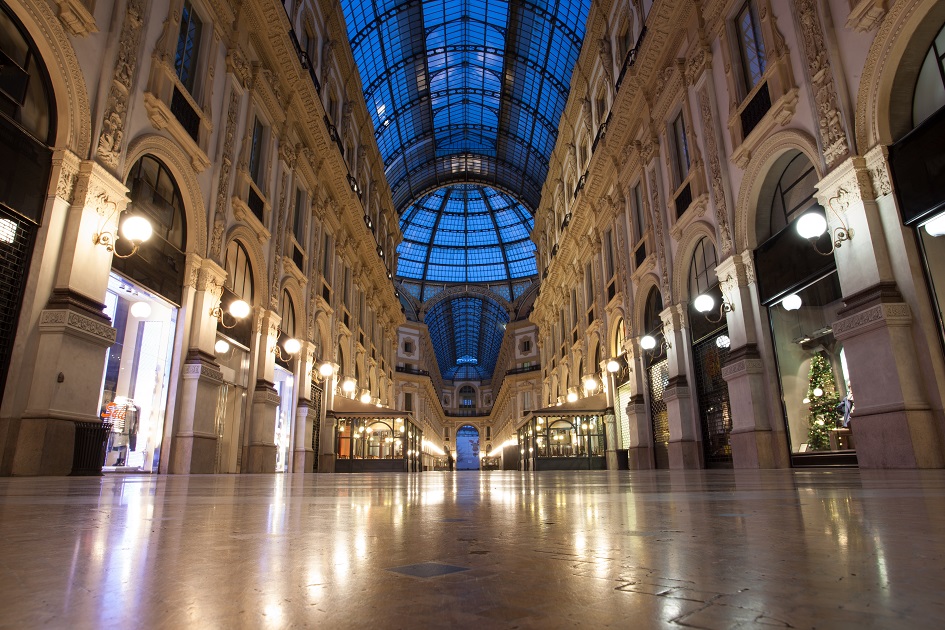 As I returned to the UK last weekend, my taxi driver talked of panic-buying and impending food shortages. Having wondered if I had stepped off at the wrong airport, it subsequently became clear that his thinking was very close to that of the markets.

On Monday (9 March), equities sold off and credit spreads widened sharply as risk assets had one of their worst days since 2008, at the height of the global financial crisis.

Meanwhile, gold and sovereign bonds rallied such that 10-year gilt yields started to approach zero and the whole US Treasury curve fell below 1%.

The question now is not so much whether there will be a slowdown in growth, but whether the world economy is headed for a recession.

How coronavirus has affected our growth forecasts

We had anticipated a further spread of the virus in our original forecast; however, we had not expected the whole of Italy, Europe’s fourth largest economy, to go into lockdown.

The Italian government’s decision on 9  March reflects the increase in the number of new cases and the strain on the country’s health system.

Notwithstanding reporting differences, the incidence of the virus in Italy has surged such that the number of new cases is beginning to resemble levels found in China (chart 1).

Note. Change in methodology led to surge in cases in China 11 February.

When combined with the ongoing likelihood of the virus accelerating elsewhere and the increasing restrictions on public gatherings and travel plans, the downturn in Europe is likely to be deeper than previously expected. Consequently, we expect to cut our forecast for the eurozone by at least 1 percentage point and into negative territory for 2020, with weaker activity in Italy having a knock-on effect to the rest of the continent.

The UK will not be immune and weakness in the economy’s largest trading partner will be a headwind to growth in 2020  These changes alone would take our global growth forecast down to 2% from 2.3%.

Meanwhile, there is better news on China where the number of new cases appears to have peaked and high frequency indicators show the economy is gradually returning to normal.

The first quarter will still be one of the weakest on record, but we are increasingly confident that the economy will recover further in Q2 before bouncing back in the second half of the year.

Fiscal policy will play an important role here and we expect a significant stimulus as the government strives to hit its ten year target of doubling national income by 2020.

The more difficult call is the US. The number of cases remains below levels seen in Europe, but there has been little testing.

Given that the Centre for Disease Control and Prevention (CDC) has said it is a question of “when not if” the virus reaches the US, this is likely to change and we should see a significant increase in the incidence of the virus as testing proceeds.

The crisis would then move into a new phase: the US is still the world’s largest economy (accounting for over a quarter of global output) and the introduction of travel restrictions and shutdowns would severely dent global growth.

The good news is that the US economy faces the virus in robust health, as evidenced by the latest payroll figures which showed the economy added 273,000 jobs in February, far stronger than expected.

Based on the first two months of the year, estimates suggest that GDP growth will hit 3% annualised in the first quarter.

In practice, the figure is likely to be less than this as March is set to show a slowdown as the shutdown at Boeing takes its toll and overseas demand weakens as a result of the virus.

The other factor is the collapse in the oil price which contributed to the market turmoil of earlier in the week.

For more:
– How stock markets perform after heavy falls
– How should investors act in a crisis?

Oil price to the rescue?

In normal circumstances a lower oil price would be welcomed as providing a boost to activity by reducing inflation and increasing real incomes and consumer spending.

However, in the current environment it is likely that consumers will save most of the windfall gain, partly out of concern about the future and partly as a result of restrictions on movement.

For the US this means that the net effect of the lower oil price is negative as cuts in capital spending in the energy sector will outweigh gains in consumer spending.

Eventually, when the virus fades, consumer spending is likely to pick up, but the near term impact will be a drag on US growth.

The picture is more clear cut beyond the US as oil importing nations benefit whilst exporters suffer.

Winners will be found in Asia particularly Japan, China, India and South Korea, and much of Europe whilst, Russia, Mexico and Norway are the biggest losers.

Given the signs of the virus coming under control in Asia this would reinforce the case for a recovery in the region later in the year, but also suggests a mixed performance for other emerging markets.

Central banks have reacted rapidly to the crisis, with the US Federal Reserve (Fed) cutting rates by 50 basis points on 3 March and the Bank of England following suit on 11 March. Rates have also fallen in response to the virus in Australia, Canada and China.

The US and UK moves took place between meetings, highlighting the urgency of action.

The challenge is to provide funding to businesses whose cash flow has been badly hit by the virus, particularly in sectors such as transport, hotels, restaurants and other services where demand has collapsed.

The danger is that a temporary shock will have permanent effects as businesses go under and close during the crisis. Such a development would damage the supply side and the ability of the economy to recover after the event.

The danger is that even with interest rate cuts, banks may pull back on lending in response to the virus resulting in a credit crunch.

Consequently, alongside the reduction in bank rate the Bank of England announced a new programme to incentivise banks to lend to small and medium sized enterprises (term funding for SMEs).

These measures, alongside those announced in the UK budget such as the government’s business loan scheme (which guarantees a portion of banks’ exposure) are designed to ensure that there is sufficient support to bridge firms over the crisis.

Today’s action by the European Central Bank is in the same vein, although they did not cut rates measures were introduced to boost bank lending to SME’s alongside an increase in asset purchases.

The US may take a more direct approach by bailing out the airline sector in the same way as autos received support in 2009.

It is also likely that we see a broader fiscal package including a cut in payroll taxes to support the economy. Meanwhile, the Fed can be expected to cut rates further, by probably another 50 basis points.

However, there is also a case for an expansion of the QE programme to include purchases of corporate bonds.

The ECB already includes credit in its asset purchase programme and although this would require a change in the law in the US, it may be more effective than rate cuts as it would help reduce stress in one of the key conduits of capital to the economy.

We are planning to issue an updated forecast next week where we would be looking for a deeper downturn in global activity as a result of recent developments.

It is quite likely that this tips the world economy, which we have described as a wobbly bike due to its slow pace of activity, into recession and depends on European developments and the scale of the impact on the US.

The situation in Europe could get worse, but the US is the bigger swing factor given its size and role as a driver of global demand. Our expectations for US growth are already low at 1.6% for 2020, but US recession would mean global recession.

Central banks have moved quickly and should be able to provide the basis for a recovery later in 2020.

In many ways the world economy is better placed to cope with such shocks than in 2008: the central banks have developed new tools and the banking system is well capitalised. Investors are now looking for action on the fiscal front.

The UK has led on this and we expect China to follow, while we await the US and eurozone response.

However, as I found last weekend, the situation develops rapidly. Monetary and fiscal tools are weak in the face of the virus and until the outbreak is under control the tail risk of a prolonged slump remains high.