How Kapten is trying to take Uber's ride-hailing crown 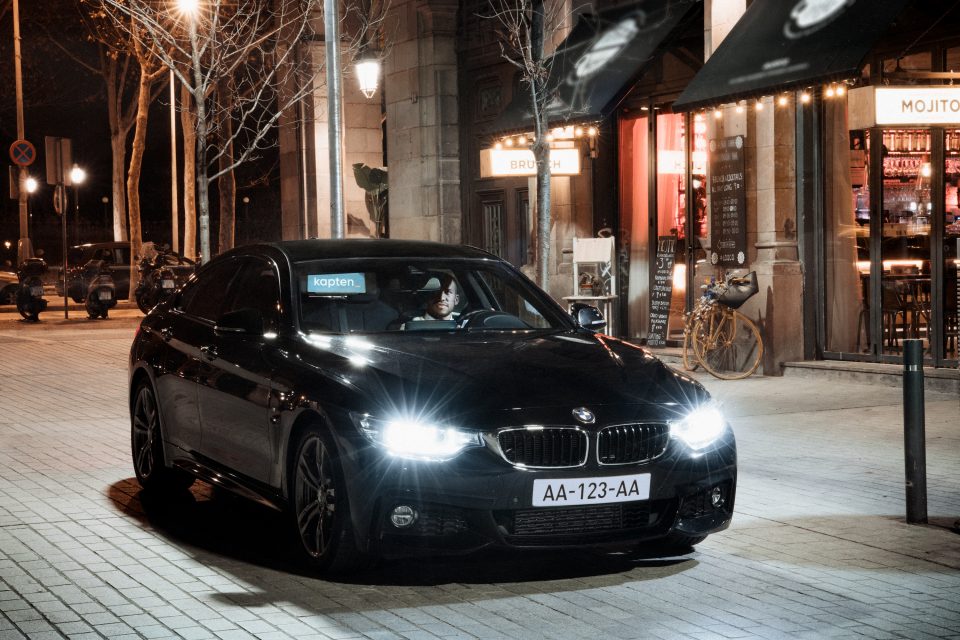 Uber has an image problem. The ride-hailing app’s popularity has declined on complaints that its drivers are contributing to congestion and pollution on London’s streets.

Uber took a big PR hit last year when Transport for London (TfL) took away its operating licence due to issues with the company’s approach to safety and regulation. The authority described Uber as not “fit and proper” to hold a licence. Uber has appealed TfL’s decision and was granted a probationary licence, but this runs out soon.

And while the company still dominates London’s ride-hailing market, this spate of woes has allowed competitors to rise up against it as consumers look for alternatives.

One such rival, Bolt, claims that 300,000 Londoners have signed up to its service since launching over the summer. Another competitor, Kapten, has also seen positive numbers, advertising that around 20,000 drivers have joined its network since it launched in the UK in May.

“The launch has been really good, way above our expectations,” says Mariusz Zabrocki, the UK general manager of Kapten. “When we received the licence from TfL, just one hour later we started testing our app with 3,000 drivers and thousands of customers. Five and a half days later we opened it up to the public, and in the second weekend of operation, we were the most downloaded app in the UK. The week after that we had more rides than our home market of Paris.”

Unlike Uber, which originated in the US, Kapten is a European company. It was founded in France in 2012, and was later acquired by the German automakers Daimler and BMW. It currently operates in the UK, France, Portugal and Switzerland, and plans to expand to 15 European cities and reach 10m users by 2020.

But how has it achieved this growth against Uber’s hegemony? Zabrocki puts it down to two elements. First is the cost: Kapten claims its fares are on average 21 per cent cheaper than Uber’s. It has also made extensive use of discounting to attract customers: users who signed up during the launch got a free ride and 50 per cent off fares, and the company regularly emails out codes for 30 per cent discounts.

“We also have a loyalty programme,” he adds. “If you keep using Kapten, you get different benefits, including free rides and boosted referral bonuses, so we try to reward loyal customers.”

This strategy of using consumer promotions is a classic way to attract customers, but surely there’s a limit to it, as Kapten can’t discount its costs forever – the pockets of Daimler and BMW are only so deep – so what’s the other element to the company’s appeal? Marketing, says Zabrocki.

“We took on Uber quite directly with our launch ad campaign: we had a billboard at Leicester Square that said ‘others avoid paying VAT in the UK – that’s not uber cool’,” he recalls.

“That generated a lot of traction. We had around 100 pieces of coverage in the media at the time.”

Uber is currently being investigated by HMRC over allegations that it owes around £1bn in unpaid VAT. The company defends itself by arguing that it is just a middleman between its self-employed drivers and passengers, and so it does not have to pay VAT on fares.

Regardless, by drawing attention to this controversial issue, Kapten’s marketing differentiated itself in a crowded space. It also helps position the brand as the “ethical choice” in the ride-hailing market, according to Zabrocki.

“Choosing Kapten is a good choice from the ethical perspective,” he argues. “We pay taxes locally and contribute to local economies. When you look at our main competitors, they’re usually registered somewhere like The Netherlands, meaning they pay no VAT on their commission or service charge, so there’s no money going to the exchequer. In our case, we’re registered in every market in which we operate, which means that the local economy gets a share of our profits.”

As well as this, Kapten is also trying to combat complaints about ride-

hailing service adding to pollution. For instance, it is encouraging drivers to switch to greener electric or hybrid cars by paying them a £10.50 bonus each day they use a zero-emission vehicle. It also plans to add an option to the app so that customers can choose to be picked up by an eco-friendly vehicle.

Zabrocki was also very supportive of London mayor Sadiq Khan’s Car Free Day, which took place yesterday and saw around 50 streets – roughly 12 miles of road – closed to cars. Kapten advised drivers and customers to avoid London, and Zabrocki adds that the day was a good way to raise awareness about not needing to own a car, partly to clear the city’s overcrowded streets.

“It’s a great initiative. Car Free Day is  making people aware that they don’t need to own a car if they live in London. I mean you really don’t – it’s really hard to park, the streets are already quite congested,” he says.

“People should switch to public transport. And if there’s insufficient transport, use Kapten or other apps. What’s the point of owning a car if you only use it five per cent of the year? It doesn’t make sense.”

Of course, encouraging people to ditch their cars is a sound marketing message from a ride-hailing company – if people don’t own cars, then they’ll need to use services like Kapten, especially in areas with inadequate public transport. But its also a necessary message in an era when people are concerned about climate change and their impact on the environment.

Looking ahead, Zabrocki says the firm wants to focus on the human side of the  industry. This again puts it in contrast to the rest of the market, where the ultimate goal seems to be replacing human drivers with self-driving cars powered by years of app-collected data.

“The whole market is moving in the direction of automation and removing the human part from the industry. I think there is a place for humans. This is something that we want to focus on in our communications,” he adds.

Kapten is taking a different tack in the competition with Uber, and seems to be holding its own. But while its marketing message is that it’s the ethical, environmental choice, I wonder how many customers are being driven by this, versus the simple economic appeal of its discounting strategy.

Either way, more competition in the cab market can only be good for the consumer – otherwise we’d be left with an Uber monopoly.