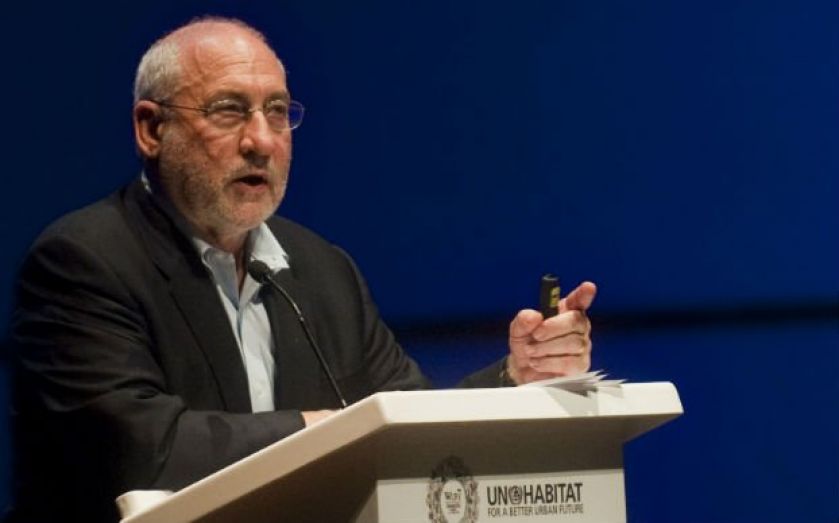 The latest esteemed economist to share their thoughts on the Scottish independence debate has called some of the talk around Scotland’s post-independence economy “fear mongering” and the hot-button issue of currency a “non-issue”.

Nobel-Prize winning Columbia University economist Joseph Stiglitz is the latest economist to wade into the Scottish independence debate in a newspaper column today.

He said the greater risk for Scotland is to stay in the UK and for the UK to leave the EU, adding that the standard of living for most Scots could fall with cutbacks in UK public education and health .

Writing in the Scotsman, Stiglitz said:

… there is, in fact, little basis for any of the forms of fear-mongering that have been advanced. Krugman, for instance, suggests that there are significant economies of scale: a small economy is likely, he seems to suggest, not to do well. But an independent Scotland will still be part of Europe, and the great success of the EU is the creation of a large economic zone. Besides, even small political entities, like Sweden, Singapore and Hong Kong have prospered, while much larger entities have not. By an order of magnitude, far more important than size is the pursuit of the right policies.

Stiglitz also called the matter of currency a “non-issue”.

There are many currency arrangements that would work. Scotland could continue using sterling – with or without England’s consent. (The argument that if it were done without their consent, Scotland would have no say in monetary policy is hardly convincing: even if it had some voice, monetary policy would be dominated by England.) Because the economies of England and Scotland are so similar, a common currency is likely to work far better than the euro – even without shared fiscal policy. But many small countries have managed to have a currency of their own – floating, pegged or “managed”.

The difficult question that Scotland has to face is thus not about arcane issues about monetary arrangements or economies of scope, about the ­minutiae of the short run gains and losses, but whether Scotland’s future – its shared vision and values, a shared ­vision and values that has increasingly departed from those dominant south of the Border – will be better achieved through ­independence.

Also an advisor to the Scottish government, Stiglitz offers a slightly more positive view of Scottish independence than other economists have put forward in the past week.

Harvard economist Kenneth Rogoff, a former chief economist and director of research at the IMF, and Princeton’s Paul Krugman last week put forward their own views.

Rogoff told CNBC an independent Scotland faced “disaster” and that there was no good outcome to the referendum as even a No would worry investors “because they might do it again.”

Krugman in a column for the New York Times said “the risks of going it alone are huge.”