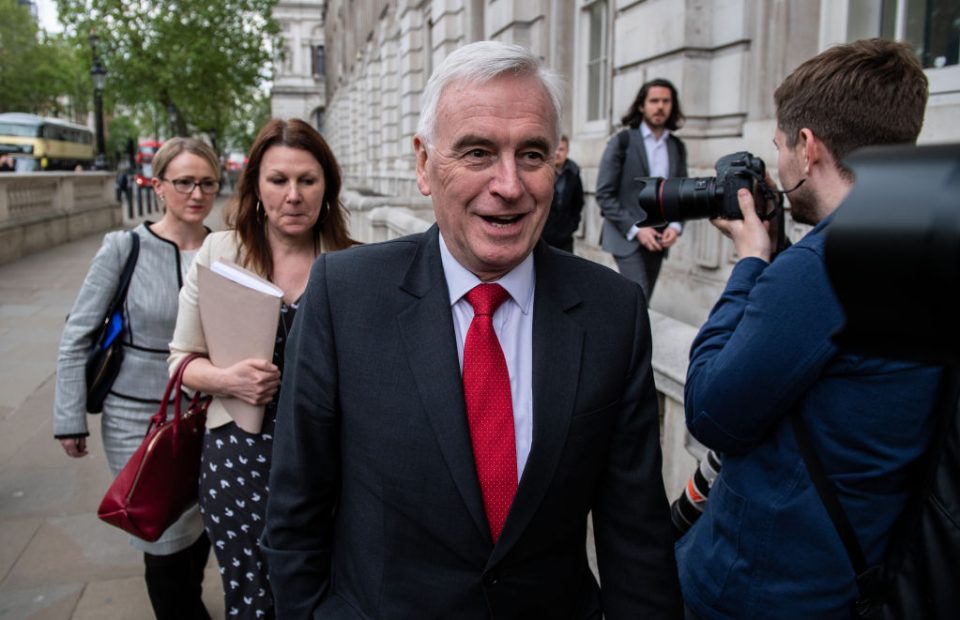 Shadow chancellor John McDonnell is set to extend Labour’s plans for a new tax on UK financial transactions in a move that could bring in an extra £2.1bn to the government’s coffers.

Under Labour’s existing plans, the 0.5 per cent duty on share trading would be extended to other asset classes. Labour say this would raise £4.7bn a year.

Yet the Financial Times reported today that McDonnell is now supporting a further expansion of the tax to cover foreign exchange and commodities transactions and related derivatives trades.

The policy was proposed by a group called Intelligence Capital, which is run by a former derivatives product developer at the London Stock Exchange, the FT said.

The report says that financial transaction taxes are inexpensive to collect and hard to avoid, giving them the potential to raise significant amounts of income.

The proposals, which McDonnell will push to be included in Labour’s next manifesto, will be highly controversial among financial institutions, which are already unnerved by Labour’s radical plans for the economy.

McDonnell is set to discuss these proposals at an event in London tomorrow, titled “Making the UK A Citadel of Long-Term Finance: A Comprehensive Financial Transactions Tax Proposal”.

McDonnell is also expected to consider a four-day working week amid a raft of proposals from grassroots Labour activists.

Under Momentum’s plans there would be no loss of pay, while the UK currently works the longest hours of any European country, according to the Guardian.