John McDonnell tells CEOs: Karl Marx's analysis has to be taken into account 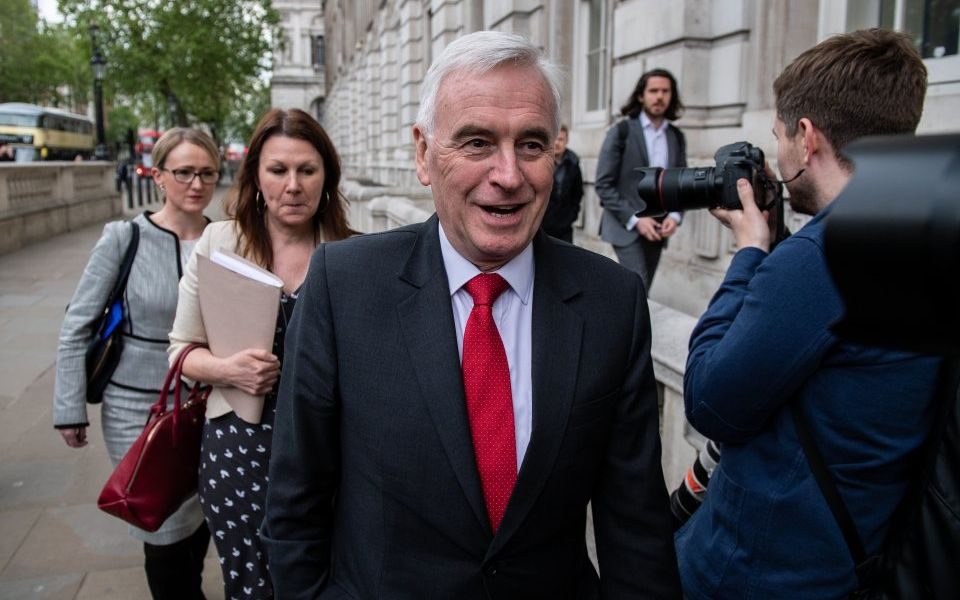 Labour’s shadow chancellor has told some of the world’s most powerful CEO’s that revolutionary thinker Karl Marx had ideas that “we have to take into account”.

Speaking at the Wall Street Journal’s CEO council in London, John McDonnell was quizzed over his previous claim that he was a “Marxist”.

An audience member challenged McDonnell to name the five most successful Marxist economies in the world, but the shadow chancellor attempted to play down his support for the 19th century economist’s desire to see capitalism overthrown.

“I define myself as a socialist,” McDonnell replied, before citing a range of socialist figures including Robert Owen and Beatrice Webb as inspirations.

He added: “Also, yes I do, I do believe actually that Marx has got a critical analysis of capitalism that we have to take into account.”

McDonnell is not the only member of the Labour frontbench to make supportive comments of Marx’s work.

In 2015, Jeremy Corbyn claimed Marx, who authored The Communist Manifesto, was “a fascinating figure who observed a great deal and from whom we can learn a great deal.”

Conservative MPs have repeatedly attacked Corbyn and McDonnell for being Marxists, but last month Harlow MP Robert Halfon urged his colleagues to stop using the jibe as it had little cut through with voters.

Halfon said: “These terms do not resonate with the public — and certainly not the younger generation. Voters will not be convinced by the ills of Corbyn by hearing ‘Don’t vote for Labour because he is a Marxist’. Such terminology means very little to most ordinary folk.”