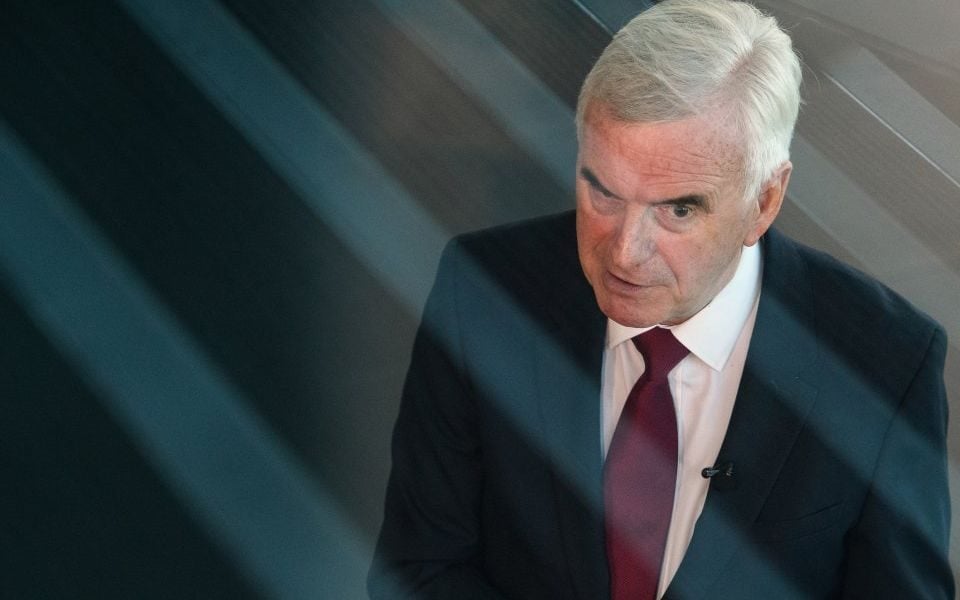 Labour has claimed Theresa May has broken the terms of confidential cross party talks on a Brexit compromise and can no longer be trusted.

Read more: May calls on Labour to 'put differences aside' on Brexit

Shadow chancellor John McDonnell said this morning the Prime Minister had “blown the confidentiality” after details of the negotiations were leaked to the press.

Asked if he trusted May, McDonnell told the BBC: “No, sorry. Not after this weekend when she's blown the confidentiality… I actually think she's jeopardised the negotiations for her own personal protection.”

Nevertheless, McDonnell said talks would continue this week and if a deal could still be struck, it must be wrapped up imminently.

The Conservatives were more optimistic, however, with newly appointed international aid minister Rory Stewart telling Sky News the government had agreed on nearly everything in the negotiations, and that a deal was there to be done if Jeremy Corbyn wanted one.

“I think a deal can be done. A lot of this rests, to be honest, on one man, on whether Jeremy Corbyn really wants to deliver a Brexit deal,” Stewart said.

“But I think if he wants to do it will actually be surprisingly easy to do because our positions are very, very close.”

Yesterday, former Tory leader Iain Duncan Smith said a deal struck with Labour would be illegitimate. “As a result of the devastating election result, the PM has in effect become a caretaker,” he told the BBC.

“As such, she is not empowered to make any deal with the Labour Party which itself suffered a very similar result. Two discredited administrations making a discredited deal is not the answer to the electorate.”

It comes after both Labour and the Conservatives lost swathes of local council seats in last week's elections, as Corbyn and May continue trying to hammer out an agreement on how to proceed on Brexit.

The Tory party lost more than 1,334 councillor seats, as well as the control of 49 councils throughout the UK.

It was the worst performance from the governing party in a local election for 24 years.

Labour also suffered, losing six councils and 86 seats, in what has been suggested is frustration at both parties for their lack of progress on Brexit.