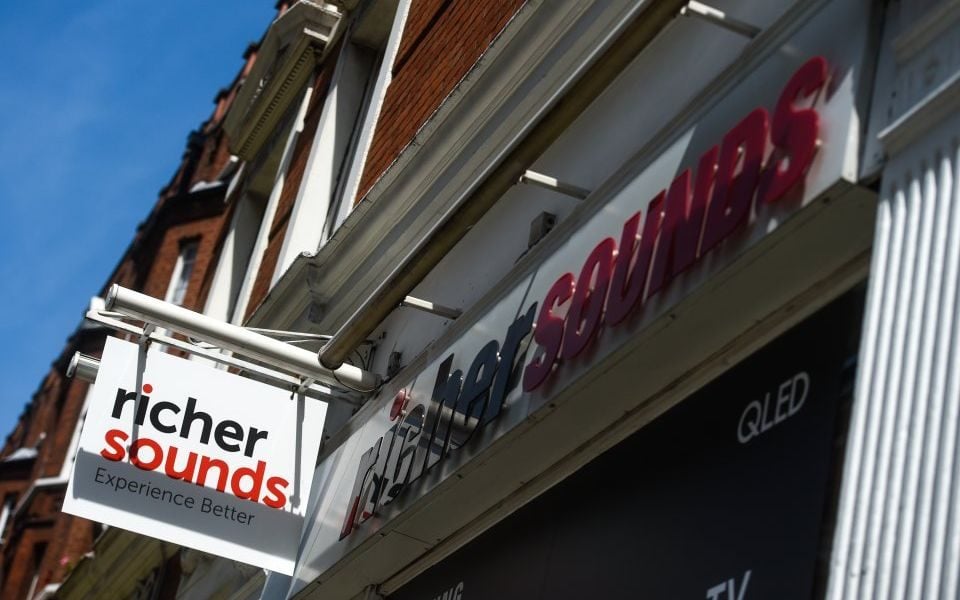 This week, business leader and rich list regular Julian Richer announced that he was handing over 60 per cent of shares in his company to the firm’s 522 employees.

You’d be forgiven if you missed this news. Despite Richer Sounds’ 53 stores across the country and annual turnover of £157.5m, the founder is hardly a household name.

British business people tend not to be, unless they’re wading into political debates like James Dyson and Richard Branson, mired in scandal like Mike Ashley and Philip Green, or hosting wildly unrealistic “reality” TV shows like Alan Sugar.

Nonetheless, Richer has been quietly making a difference to the lives of employees and to the wider community for quite some time.

Before getting their windfall (£1,000 for every year of service at Richer Sounds), his staff were entitled to perks, such as the use of company holiday properties and cars.

He’s been a vocal advocate for high standards of working conditions and an opponent of zero-hours contracts, 15 per cent of his company’s profits are donated to charity, and he has spoken out against tax avoidance.

Richer’s management style is to treat staff well and trust them: “if you treat your people right, then they are going to be happier, give a better service, stay with you”.

This attitude is out-of-kilter with how we have been conditioned to think of millionaire chief executives. As soon as the annual Sunday Times Rich List was published last weekend, Jeremy Corbyn was on the attack, branding it “a stark reminder of the grotesque inequality that scars our society”.

Richer, who founded his business aged 19, and was successful enough to buy a Rolls-Royce and a private jet just a few years later, is a driver of that “grotesque inequality”.

To use Corbyn’s simplistic metrics, the fact that his employees – and the Treasury’s coffers – have clearly benefited from his efforts doesn’t matter: his wealth and success make him part of a problem that needs to be fixed by dismantling British capitalism.

Of course, Corbyn would argue that his continuous attacks on business aren’t aimed at people like Richer. But it’s hard to tell who the targets are meant to be.

It’s not just “bankers” – for while Corbyn has a longstanding vendetta against the City, he has in the past shown that he neither knows nor cares how financial services actually operate, and his anti-business tirades are not confined to finance.

Specific cases of eyebrow-raising executive pay get turned into evidence that the system as a whole is broken, while broad phrases like “fat cats” divert legitimate criticism of some individuals into generalised attacks on anyone who has the audacity to make money.

The vast majority of people running British businesses do not live up to the underhand, exploitative, tax-dodging stereotype that features so heavily in Corbyn’s stump speeches. A staggering 99.9 per cent of the UK’s 5.7m businesses are SMEs with fewer than 250 employees, which account for 60 per cent of all private sector jobs.

Pick a region or sector at random, and you will find dedicated, conscientious entrepreneurs who are deeply passionate about supporting their staff and their communities with an immensely creative range of CSR programmes and employee engagement initiatives.

More fundamentally, most chief executives are acutely aware that people’s livelihoods are at stake when they make decisions, and shoulder that responsibility with care.

All of that is missed in the Corbyn narrative that profit is a dirty word and business is the enemy of society that must be tamed by the state.

It enables Labour to push policies that punish businesses, like the announcement yesterday of plans to nationalise the energy companies at below market value, by masking its assaults in language about making things “fairer”.

The Tories, in response, seem too afraid of the social vitriol whipped up against the corporate world to make the counter arguments, preferring instead to tinker with tax and tweak regulation.

No wonder, then, that the polls increasingly show that the Conservative party is no longer considered to be on the side of business.

Treasury secretary Liz Truss (one of a handful of Tories who aren’t afraid of making the case for capitalism) spoke on Wednesday of her worries that “an insidious notion is being allowed to infect Britain that wealth is something that is never deserved” and that hard work, if it leads to financial success, is automatically “subject to suspicion”.

Capitalism is not short of people jumping to point out its flaws, from runaway executive pay and tax avoidance, to questions over whether companies are doing enough to combat climate change and close the gender pay gap.

There’s a deep reluctance, though, to offer the other side: to point out that the desire to make money isn’t selfish or objectionable, but literally powers the economy. Without it, most people in this country wouldn’t have jobs, and most of the products that have driven the rise in living standards wouldn’t exist.

Corbyn is wrong. What’s “grotesque” isn’t the Sunday Times Rich List, it’s a culture that paints business owners – even ones as generous as Richer – as a problem for society to fix, rather than the solution to some of its most pressing challenges.