Many will be familiar with the trauma: you drop your smartphone and the screen shatters into a modern-day mosaic.

You either learn to live with shards of glass jabbing your fingers, wait a week for a phone company to fix it, or pay for a bodge job at a corner shop. Except those are no longer the only options.

Over the past six years, iSmash stores have been popping up around London and other big cities in the UK. They claim to be able to professionally fix your device in as little as 30 minutes (though I’m told that the average time is more like an hour).

You select the kind of repair you need online, and book an appointment at one of the 26 stores.

Contrary to the name, the company doesn’t just fix iPhones. In fact, the 27-year-old founder Julian Shovlin tells me that his technicians can repair almost any device – including tablets, computers, and even drones.

Ireland-born Shovlin, who was at Dublin University when he came up with the idea for the tech repair business, tells me that his eureka moment happened when he smashed his own phone.

“I went to get it repaired and it wasn’t a great experience. The repair wasn’t great either. I broke it a second time – as you do – and I decided that there must be a better way to do this.”

The entrepreneur, who was studying business economics at the time, did some research, ordered the parts and tools, and taught himself how to fix the device. And after repairing his friends’ phones, it wasn’t long before he started taking bookings and asking for payment.

“At the time, it was good pocket money, and eventually we opened a store in Dublin while I was at university.” After the success of that shop, he managed to get some angel investors on board to launch the first four iSmash stores in the UK. 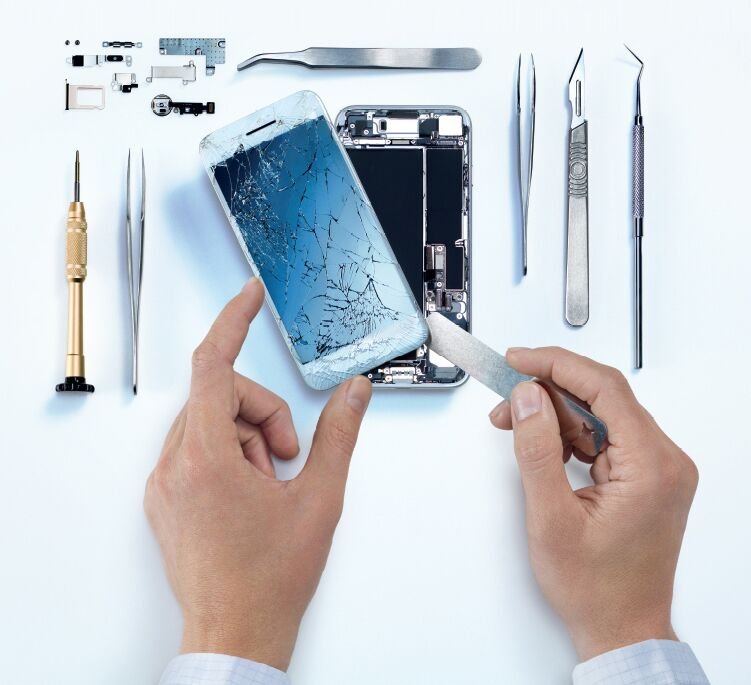 One of my first questions is how Shovlin’s team keep up with advances in technology. Interestingly, he reckons that devices do seem to be getting increasingly difficult to repair, presumably because the phone manufacturers don’t want to make it easy for anyone to tamper with their products.

“But our technicians are very experienced – we could put a new handset in front of them and they could fix it without looking at any guides,” he assures me.

Surely this is a challenge for iSmash? Shovlin admits that it does mean he needs to proactively invest in training, but that on the whole, it’s actually helpful to differentiate against competition, which are largely local independent repair stores.

“We would welcome it if the market became more challenging, because it means that those businesses that are not as technically advanced as us will struggle. We are already seeing some of them start to fall away.”

The matter in hand… set

The young company could also stand to benefit from people holding onto their handsets for longer.

“A lot of people don’t really see the benefit of upgrading anymore,” says Shovlin. “Some small details of phones are changing, but most of the features are quite similar.”

Compare the price of a new phone (most new Apple models are currently sold for around £1,000), with the cost of repair (you can replace an iPhone 8 screen for £100). It’s not surprising that more people are opting for the latter.

Even as phones become more complicated (and therefore more expensive to repair), it is still much cheaper than buying another model.

Shovlin says that the trick is making sure that the service is still affordable. He tells me iSmash will be introducing a zero per cent financing product, so customers can split the payment over three months. 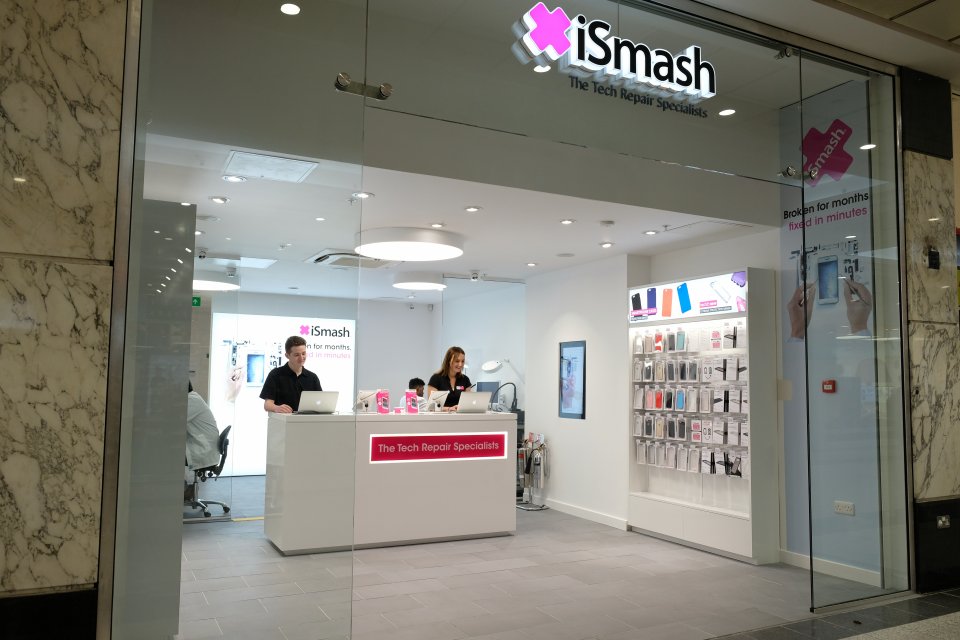 Once you notice the clinical, bright-white shops tucked away in various shopping hubs and train stations, you can’t unsee them.

It’s not a business model that would work by customers sending off their phones, so choosing locations that are convenient for people is pivotal.

Shovlin explains that he looks for “prime pitches” such as high streets where big brands are congregating. So given how important location is, how worried is he about the much-lamented death of the high street?

The answer is not very.

“To deliver our service in the express way we want, you need to visit a store, so in many ways we are protected from the move to online. We are investing online to acquire customers, but actually we’re never going to ask people to post their devices, because that defeats the point of the business – you want it fixed in 10 mins, not 10 days.”

Shovlin is now eyeing up future prospects, and plans to have 70 stores in the next three years, focusing on catchment areas outside of London like Glasgow, Birmingham, Edinburgh, Liverpool, and Southampton.

“We will come back to London to fill in various gaps, but at the moment there is a bigger opportunity.”

There are also plans to partner with with other companies, such as insurers, meaning if you break your phone, your insurance will cover you to have it fixed at an iSmash store, rather than sending it off.

Already an accredited partner for Google’s Pixel device, it’s surely only a matter of time before other phone manufacturers get one board.

That said, with Apple doing its best to prevent third-party repairs of its devices, I ask whether the tech firm might feel threatened by the iSmash service.

While Shovlin admits that Apple likes being in control, he adds: “I think it would much rather us doing a professional, high-quality job than its customers going to independent corner shops where the experience is pretty poor.”

This young entrepreneur certainly has some ambitious plans, and iSmash seems safe in Shovlin’s hands, even if his phone might not be.