I'll be toasting International Tequila Day with a Maestro DOBEL 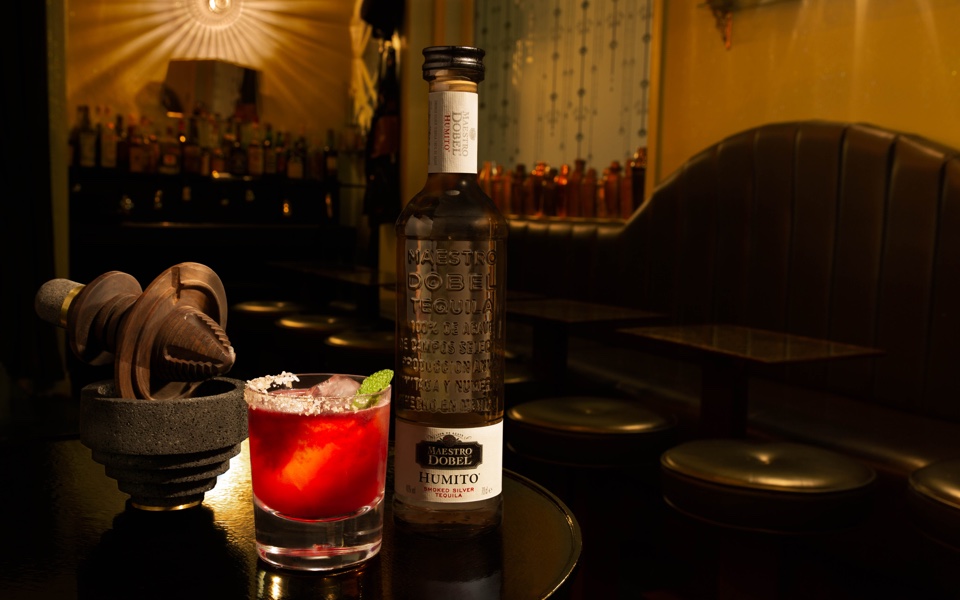 National and international awareness days for foods and drinks might have begun as cynical marketing ploys, but some have evolved into annual events that the public have embraced with genuine enthusiasm. One of the most successful of these pseudo-holidays is International Margarita Day, which takes place on 22 February, and in pre-Covid times was widely celebrated at bars throughout the UK.

But while it can sometimes be difficult to resist the lime-laced lyrics of the margarita’s siren song, tequila has versatility beyond its most famous cocktail. It can be enjoyed by itself, or in wide array of other cocktails, including twists on the classics, where depending on whether or how long it has been aged, tequila can serve as a satisfying substitute for traditional white or dark spirits. With its growing popularity, it isn’t surprising that somebody wanted to get a second bite of the promotional cherry by declaring a separate awareness day for tequila, and so they did: International Tequila Day will be taking place this Saturday, 24 July.

Also Read:
Why we must resurrect the tie from this boorish open-collar culture

National Tequila Day, as it then was, began in the United States of America. Its exact origins appear to have been forgotten – which seems appropriate – but it is a relatively recent invention. Indeed, the first “tequila day” searches on Google weren’t made until 2008. Mexico declared its own official National Tequila Day in 2018, when the Mexican Senate decided that it should be celebrated annually on the third Saturday in March. But, thanks to the steam-rolling effects of American cultural hegemony, Britain will be lining up its shot glasses and lime wedges this weekend.

Of course there are tequilas for different tastes and different budgets, and if you want a more elevated experience, you should consider Maestro DOBEL. These ultra-premium spirits are the distillation of 11 generations of tequila-making knowledge. The range includes an un-aged silver tequila, a reposado, and the devilishly attractive “Humito”, which is smoked with mesquite, using techniques that date back to the earliest days of tequila production.

But the flagship spirit is Maestro DOBEL Diamante, a special blend of reposado, anejo and extra anejo 100% agave tequilas. These are filtered using a proprietary process to remove the colour, but leave the exquisitely smooth maple and vanilla flavours that are a consequence of ageing in oak.

For an even more memorable event, Maestro DOBEL has partnered with the award-winning Mexico City architecture studio Pedro y Juana to make a unique bar tool, which is also a visually arresting work of art. Their Limited Edition Tejolote is the perfect collectable to commemorate this year’s Tequila Day festivities.

Crafted from Mexican walnut wood and basalt, this multi-purpose device combines the functionality of a citrus reamer with a molinillo (a sort of wooden whisk used for frothing drinks), as well as the spice-grinding and paste-making properties of a mortar and pestle.

The design – which is simultaneously ancient and modern, rustic and elegant – is heavily influenced by Mexico’s ubiquitous culinary implement, the molcajete, which you have almost certainly seen used to prepare or serve guacamole. But the striking concentric circle motif (which is repeated on its decorative storage box) was inspired by guachimontones, the bullseye-shaped, pre-Columbian, stepped pyramids that are a common feature of the Agave Landscape and Ancient Industrial Facilities of Tequila UNESCO world heritage site, in the region of Mexico where Maestro DOBEL is produced.

The Pedro y Juana x Maestro DOBEL Tejolote Limited Edition comes with a bottle of Maestro DOBEL Diamante, and is available in the UK exclusively from Harvey Nichols Knightsbridge, in-store or online here.