Ignore the snobs: Why crowdfunding is bringing diversity back to business 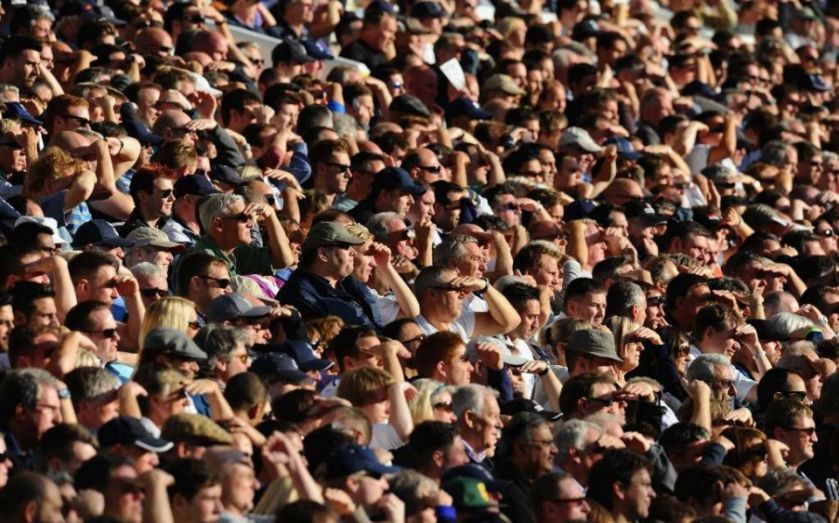 Venture investors on competitive deals are used to missing out to other funds. It’s part and parcel of the industry. But last month, tech-focused VCs missed out to the crowd, as the first successful exit of a crowdfunded company returned capital to investors in E-Car Club, which sold to Europcar.
E-Car Club raised funding using Crowdcube.com, the UK’s largest crowdfunding platform. Its exit is a small milestone in a huge movement, and demonstrates that businesses are changing the way they think about funding. Whether raising debt from platforms like FundingCircle, or equity and bonds through platforms like Crowdcube and Seedrs, the “crowd” is now a real alternative to traditional funds.
As with all innovations that make capital more accessible and transparent, crowdfunding still requires proper regulation. However, this process has begun and, as the industry grows in maturity, it will become a powerful force for change in the finance industry.
While crowdfunding was certainly boosted by the difficulties the credit crunch of 2007-08 caused for other funding providers, the real driver of its success has been that it makes investing more accessible. It has provided a platform for investors and companies who were previously locked out of the investment industry by an outdated funding model to engage with each other.
Read more: These are the most influential people in alternative finance
The investors on crowdfunding platforms are much more diverse and representative of society in toto than the bank clerks of yesteryear, and as a result they are backing more diverse businesses and founders. Only 4 per cent of traditional venture funding went into female-led companies in 2014, versus 43 per cent on crowdfunded platforms. While the City is home to almost all of the professional investment funds, on Crowdcube, a majority of investors are based outside the South East.
Crowdfunding also allows companies to tap into new skill-sets. We’re seeing a boom in funding for companies in retail, manufacturing, materials and agriculture. These areas have traditionally lacked experts in the City, so benefit from crowdfunding’s ability to attract a larger community. Crowd platforms can engage experts, whether they are farmers in Norfolk or designers in Brighton, and give them the chance to share in the growth of the firms they advise.
While it’s easy to laugh at some of the sillier products on non-equity crowdfunding platforms IndieGoGo and Kickstarter, these platforms have led to funding for breakthrough products in sectors from beekeeping to virtual reality, and the wider phenomenon is now attracting companies like JustPark and Adzuna, which turned down finance from professional venture funds in favour of the crowd. On Crowdcube and Seedrs, investors are even raising professional funds from the crowd itself.
Like all new financial products, crowdfunding has real challenges, and many critics. The most common criticism is that the “crowd” doesn’t know what it’s doing and doesn’t understand the risks involved. This is sadly reminiscent of the thinly veiled suggestions in 2007 that people didn’t understand finance, so shouldn’t have been allowed to buy mortgages. Instead, the argument goes, funding should be left to the professional funds, despite the fact that, on average, venture fund returns have trailed the S&P 500 over the last 10 years.
This financial snobbery is common, but is countered by every survey done in the industry. The evidence suggests that crowd investors are as aware as anyone that there’s a high chance they will lose money. However, they also know that, as a part of a broader portfolio (the investors in E-Car have made an average of 12 crowd investments), equity investments can make sense. If anything, allowing people to make small investments in companies, from as little as £10, should improve financial literacy and encourage people from all backgrounds to engage with business, increasing scrutiny and, hopefully, outcomes.
The market is still young and there are real problems it needs to tackle. Platforms have to instigate a very high level of due diligence to ensure that funding pitches are fully transparent and accurate, to avoid the risks of pennystock-style conmen abusing the system. And that will require formal regulation. They must also make sure the terms the crowd is offered are fair, and professional investors will have to be subject to the same terms as the crowd.
But in a world where the average earner is locked out of property investments and the biggest IPOs, crowdfunding offers real people the opportunity to own real assets and make tangible returns. As a result, these platforms are raising sizeable sums, with Crowdcube and Seedrs both announcing significant new funding rounds in the last month. The UK should be proud that it is leading the world in democratising finance in this way, while acting sensibly to regulate the industry as it grows.
Share:
Tags: Alternative finance Crowdfunding