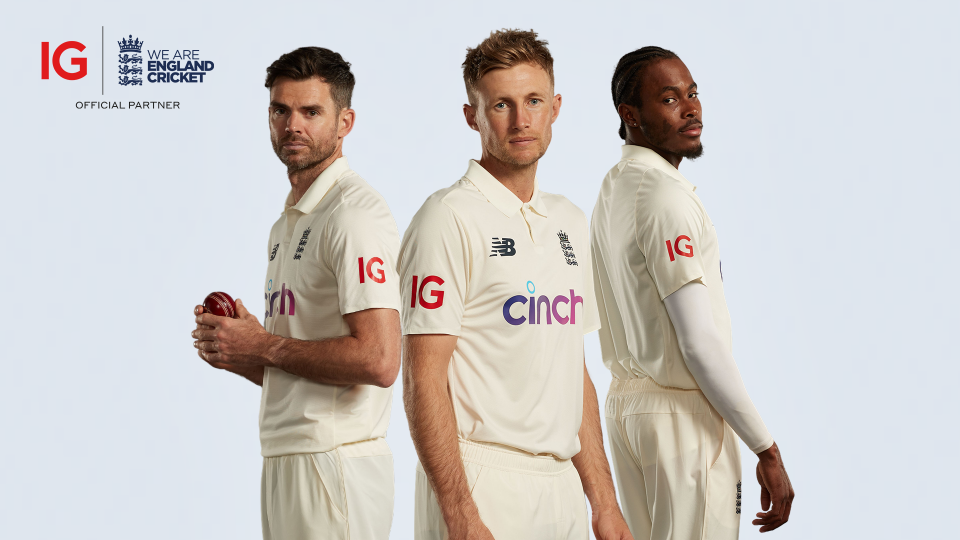 The contract with the England and Wales Cricket Board (ECB) will see the online trading specialist support the men’s and women’s national teams.

It will also mean IG branding appearing on the men’s shirt in Test, one-day and Twenty20 cricket.

“IG is an ambitious organisation which shares our commitment to be the best by maintaining high standards and developing strong partnership,” said ECB chief commercial officer Tony Singh.

“Those values have been central to the success of our England teams making this relationship a natural fit. We look forward to working alongside IG over the coming years.”

Next week’s first Test against New Zealand, which starts on Wednesday at Lord’s, will effectively mark the beginning of the deal with IG.

IG head of UK Matt Macklin said: “Watching the recent accomplishments of the England teams, we have been struck by the clarity of strategic thinking and quality of execution, and how this aligns with IG’s ethos as a business.

“We also share the ECB’s innate drive to keep improving and evolving, achieving new levels of success while having a positive impact on the world around us.

“We are hugely proud to be partnering with such a prestigious institution and cannot wait to get started.”