Samoens and Morillon: Is this the ideal family ski holiday destination? 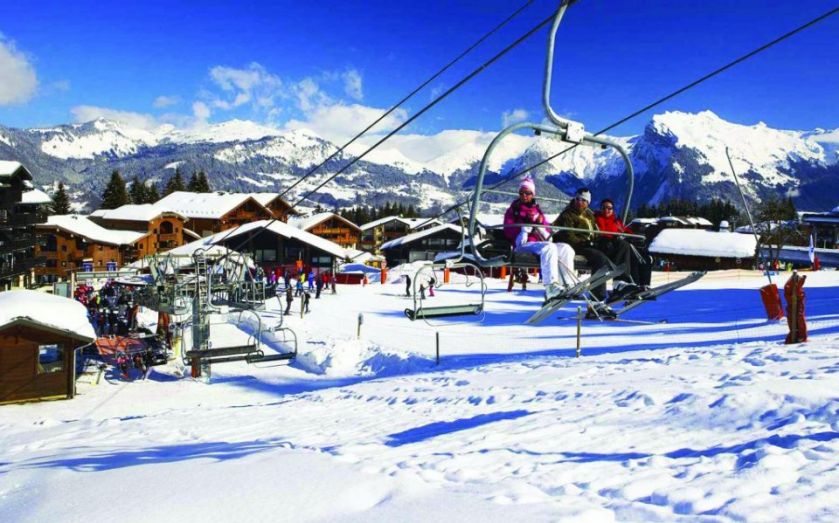 The ski villages of Samoens and Morillon may not have the extreme slopes of its neighbours, but they’re perfect for enthusiastic amateurs

The village of Samoens in the French Alps is a 600 year old ski secret. The name actually dates back to 1167 but the focal point of the village square – a giant lime tree – wasn’t planted until the 1430s.
OK, so there hasn’t been skiing in Samoens since the 1400s, but the founders of this medieval stonemason’s village sure picked a great spot for a family ski resort. Better than nearby Chamonix (great for extreme skiing, not so good for families) or Morzine (too big and overrun by Anglo-Saxons).
Along with Morillon, Samoens is part of the Grand Massif ski area (265km of runs) where the most well known resort is on the other side of the “Massif”, the not-so-beautiful Flaine. Being just 50 minutes drive from Geneva makes Samoens quick and convenient to get to – a bonus when you have three daughters in tow.

Samoens’ current town planners have had a good stab at destroying the elegance of the square by installing two truly appalling, twisted, grey metal structures (sculptures? Light fixtures?) that couldn’t be more out of place, but on balance I don’t think they’ve quite achieved their destructive ends. The buildings put in place by their stonemason forebears are laden with history, and consequently, Samoens is notable as the only ski resort that’s a “National Heritage Site of France”.
For complete beginners it’s ideal. There is a “magic carpet”, as my daughters call it (think the Travellator from Gladiators), to transport people back up the slope in addition to three button lifts (the seats on ropes) in a large beginners-only area. So far so good; Samoens’ problem has comes at the next stage of a beginner’s development. The first trip to the top of the mountain is daunting for many first-time skiers. In Samoens, this fear is well placed, because its blue runs (theoretically an easy route down the mountain) are all bedeviled by short, treacherous “red” sections. These are narrow, and often icy pistes, where a rudimentary snowplough just doesn’t cut it. These sections can damage a beginner’s confidence (or worse). If you can navigate these short sections the area is fine, and being north facing, holds snow well.
A much better option for beginners hoping to branch out from the nursery area is to get the free ski bus to Morillon (10 minute drive along the valley), where the blue runs are wide, with an easy gradient. My families’ particular favourite is Marvel, a run that meanders through the trees for nearly 5km.

The village of Samoens from above

Morillon itself doesn’t have the historical charm of Samoens but makes up for this by being well organised and convenient. I met several families staying in Morillon 1100 who were delighted with the proximity of everything – ski hire, lifts, bars, restaurants. Accommodation is also good value for money.
There are some very lovely restaurants on the mountain, including L’Igloo (homely with a superb sun terrace), Les Molliets (great fish; the owner is a keen fly fisherman) and, in Flaine, Le Michet. For the adventurous, try the Gite du Lac de Gers restaurant, which can only be accessed from a very remote blue run, Les Cascades. After skiing, without a chairlift in sight, for about 3km keep an eye out for a large sign. On closer inspection you will see a red button: press it. A strange voice will say, “’Allo” – all very clandestine. A few minutes later, from just up the hill, a man will arrive on a snowmobile. He will drag you the 200 metres over a small rise to the Gite du Lac de Gers restaurant. Book a table for 2pm and spend the rest of the afternoon in this idyllic, remote spot overlooking the frozen Lac Gers.
Just as much fun, though, is bringing lunch with you and taking advantage of the picnic tables scattered around. There are also a couple of large halls for indoor lunching if the weather isn’t cooperating.
My advice to Samoens – get the famed stonemasons to cut an easier piste for beginners and melt down those awful grey things in the town square. Do that and you’ll find very little to complain about in these excellent ski destinations.