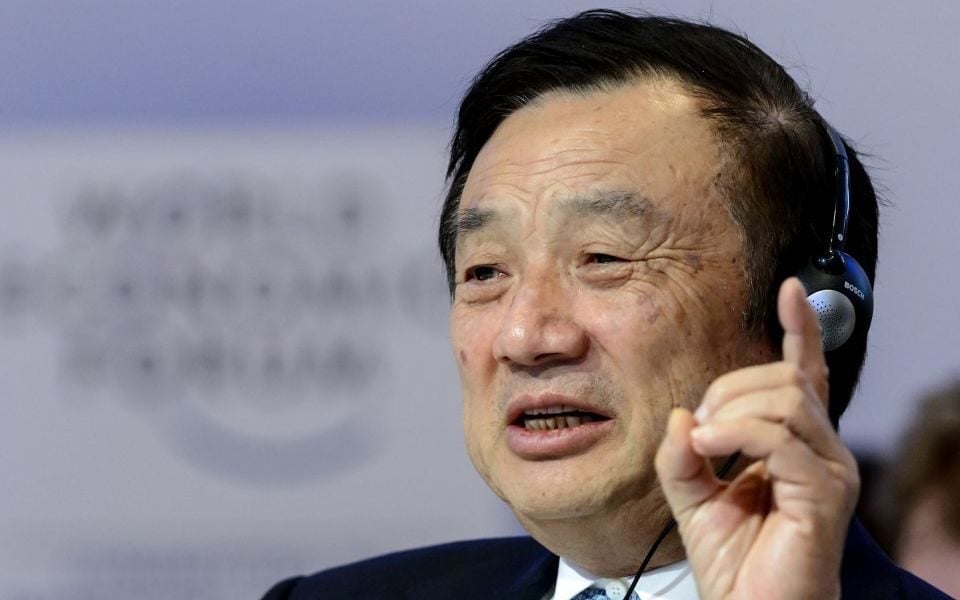 Huawei’s founder has slammed US President Donald Trump over new trade restrictions on his firm, but insisted China should not retaliate against the measures.

Ren Zhengfei admitted new laws effectively banning US companies from doing business with Huawei would hamper the firm’s growth, but said Beijing was unlikely to retaliate against American rival Apple.

“That will not happen, first of all. Second of all, if that happens, I’ll be the first to protest,” he told Bloomberg.

Ren said Trump’s ban was likely to eat into the two-year lead Huawei has built up over its competitors in 5G, but said the company was still growing and could ramp up its own chip supply to counter the measures.

A host of major tech firms, including Google, Qualcomm and Arm, have halted trade with Huawei in the wake of Trump’s executive order, sparking speculation over whether the Chinese company could survive the impact on its business.

Huawei currently sources 50 per cent of its chips from the US, but Ren said the tech giant would reduce its reliance on American manufacturers if further restrictions are put in place.

However, he said his company will continue to work with any US company that has permission from Washington to do business with Huawei.

Tensions between the US and China have been mounting in recent weeks, as the dispute over Huawei has become a central battlefield in a wider trade war between the world’s two largest economies.

Trump last week described Huawei as “very dangerous”, but suggested the row over the telecoms firm could be resolved as part of a wider trade deal.

Ren hit back at the US President’s comments, saying: “Even if the US wants to buy our products in the future, I may not sell to them.”

“There’s no need for a negotiation. I will ignore Trump, then with whom can he negotiate?”

The Chinese tech boss also dismissed accusations that Huawei had built its success on the theft of intellectual property, insisting Trump was only pursuing his company because it is now more advanced than its US competitors.