HSBC chairman Douglas Flint raised eyebrows on markets today when he announced the bank's board had begun a review into whether it should continue to be headquartered in the UK.

The news sent shares up more than three per cent as investors showed their appreciation for the (possible) move.

More on this story: HSBC launches review into leaving the UK

But this isn't the first time HSBC has threatened to ditch the UK. In fact, the company has regularly hinted that it might head to foreign shores as the regulatory environment at home became increasingly hostile. In 2010, for instance, chief executive Stuart Gulliver said he was so "genuinely concerned" about impending regulatory rules, he was considering moving its headquarters. Then in 2011 it told its biggest shareholders it was "more likely than not" it would head to Hong Kong.

But this time, it might be serious. Here's why…

1. The UK is one of its least profitable countries – by a long way

2. Although the UK makes up the most customer accounts, Hong Kong isn't far behind

3. Plus, it has the fewest UK employees of any of the "big four" banks

Obviously, this doesn't show how many people work at its headquarters – but it does suggest packing up its HQ might be easier for HSBC than for any of its rivals.

4. … but most of its employees are based abroad

5. Yet last year it paid by far the highest bank levy of any UK bank 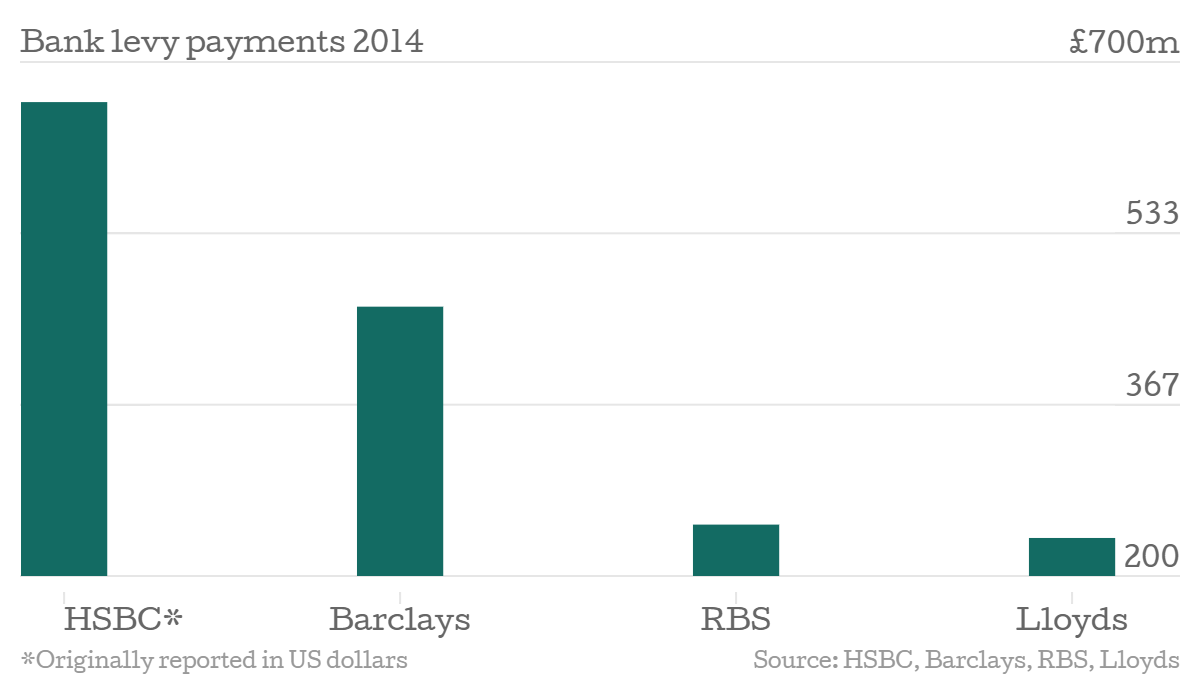