I know what you'll like next summer: How trend forecasting keeps the biggest brands on top 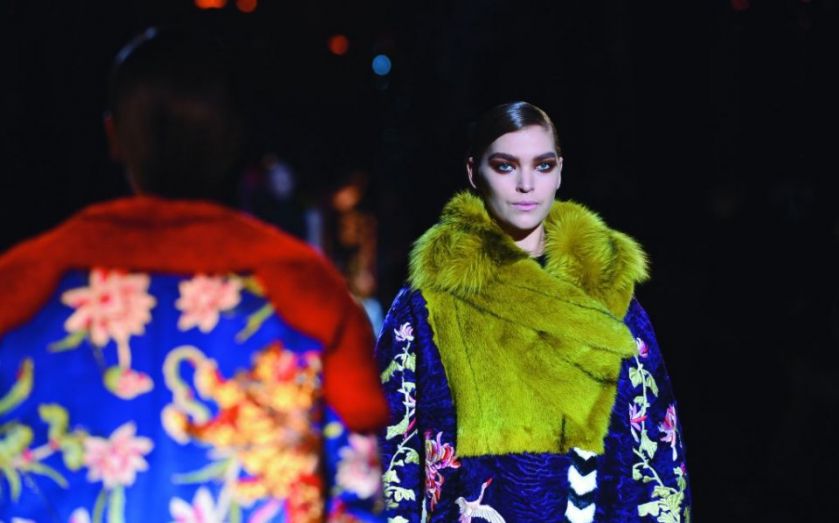 Will you be gripped by a desire to own a pair of Birkenstocks at some point over the next 12 months? Need a mindfulness holiday retreat in 2016? What about a fridge that connects to the internet, maybe some time in the 2020s? Who knows, right? Well, someone probably does. An entire industry has grown up around trying to answer questions like these; I was commissioned to write this piece after my editor was confidently assured that “witchy jewellery and Persian rugs” will be big in 2015.
Trend forecasting, a huge growth industry, is about understanding people, and using this understanding to help companies meet both short- and long-term demands. Rather than relying on crystal balls or complex algorithms, it tends to work by observing the here and now in order to decode tomorrow. In recent years, the biggest brands have learned that research, ethnography and a dash of intuition can be the difference between thriving or tanking.
“We worked with Kodak in the late 1980s,” says futurist Faith Popcorn, founder of forecasting agency Brain Reserve. “We told them that print film was dead and the future was all about digital. They fired us.”

Popcorn’s clients include American Express, Coca-Cola and Nike. Although she was dubbed the “Nostradamus of marketing” by Fortune Magazine in the 90s, she believes that predicting trends is less about prophecies and more about tirelessly observing culture as it unfolds.
“It’s reading everything you can get your hands on, it’s going to different neighbourhoods and trying new foods. It’s going to the theatre, seeing a ballet, and then going home and binging on reality TV on Netflix. Absorbing as much as you can, asking yourself what it all means.” This process is known as “cultural brailling”, she explains. “It’s the notion of reaching out and touching as many parts of culture as possible, using all your faculties to get a real feel for what’s going on, and then making sense of the whole.”
Cultural brailling is just one method of trend forecasting – another is having the right contacts. Trends in fashion, for instance, are often driven by textile producers, who will host clandestine meetings to plot which colours they will focus on for the coming season; this, in turn, prescribes what we see on catwalks and in stores two or three years down the line.
Although often associated with the fashion industry, trend prediction has its origins in a far more rustic setting. Thousands of miles away from the glitzy runways of Milan or Paris, it began in a farming community in the American mid-west.

Trend forecasting is often associated with the fashion industry

In the early 1940s two researchers were studying how farming innovation spread across two agricultural communities in Iowa. To do this they looked at the adoption of a new hybrid corn seed that was drought resistant and delivered a 20 per cent greater yield. The researchers, Bruce Ryan and Neal Goss, labeled the first farmers to use the new seeds “innovators”. They were the smallest group, tended to have the largest farms, were the most educated and travelled to the state capital most frequently. The next group was “early adopters”, followed by the “early majority”, the “late majority”, and finally the “laggards”. Years later, sociologist Everett Rogers defined this pattern as the “diffusion of innovation”, where an idea takes hold among a small, inventive group and spreads outwards until it reaches the less inventive, socialised and successful. Rogers found that this principle can be applied globally in all kinds of contexts, from the adoption of new medicines in emerging economies to chefs sourcing local produce in top restaurants.
This is the methodology that London-based trends agency The Future Laboratory uses to identify where consumer behaviour is heading. It’s more simply understood by one of the company mottos, a quote by scifi writer William Gibson, who said: “The future is already here, it’s just unevenly distributed.”
LS:N Global, the forecasting wing of the company (full disclosure: I work there), seeks out these unevenly distributed behaviours before they spread outwards and hit the mainstream. Often the behaviours and attitudes of these innovators can be fanatical, not to mention rather odd. In 2011, the company profiled a small group who were taking a data-driven approach to their fitness, sleeping patterns, intelligence and sense of wellbeing. This group were eating sticks of butter and logging the effect it had on their ability to do mental arithmetic. They were weighing the amount of hair they would shave from their faces, logging it and tracing the link between their happiness and facial hair growth. One Dutch interviewee estimated that around two-thirds of his life activity was quantified.
LS:N Global recognised the market potential of this as the wearable tech market gathered pace, and predicted that this quantified self movement would instigate a trend in which more people would be using apps and wearable tech to record their activity. We were right: the total number of wearable devices with fitness and wellness applications grew by 37 per cent between 2011 and 2012 to reach 30m, according to ABI Research. Now the market is anticipated to grow at an average rate of 41 per cent a year until 2017 as more devices such as Jawbone’s UP bracelet, Fitbit and the Apple Watch take hold.

“We look at the places and environments where these innovations are most likely to happen. You are looking for parts of a community, business or sector where you tend to find deviance, people who are there to challenge and ask ‘why?’” says Martin Raymond, cofounder of The Future Laboratory, and author of The Trend Forecaster’s Handbook.
Raymond believes that a more disruptive business environment is generating a rising need for accurate trend forecasting: “Trends are like weather systems. If you stepped into a plane, and the pilot said ‘we’ve switched off the guidance system, the altimeter, and weather radar,’ you’d get back out,” he says: “But each day businesses go to work without checking them.”
These prevailing weather systems are usually best checked first hand, according to Maggie Norden, principal lecturer at the London College of Fashion: “Searching the internet for evidence to build a forecast is all very well, but it’s more important than ever to get out and observe – you need to build a profile of the industry from a trail of evidence in the same way a detective would. Clients say: ‘Bring me the photos, tell me who you interviewed and why.’”
Gathering evidence from the field is the speciality of trend forecaster Sean Pilot de Chenecy, whose two-person operation trades under the name Captain Crikey. It’s the accepted route for many brand strategy consultancies to portray themselves as large, global organizations that are rich in resources and manpower; Captain Crikey takes the opposite approach. Choosing to work alone, he is able to slip under the radar and collect the most reliable qualitative research with little disturbance to the community he is working in. De Chenecy penetrates subcultures from the EU to the Middle East to China in order to interview and observe people in familiar settings.
“This is where you get the real nuanced behaviours,” says de Chenecy. “There are trends that are emerging in urban centres and places like Shoreditch and Williamsburg, but these are accessible and often well covered by blogs and the mainstream media. It’s important that we don’t allow clients to miss out on the business potential of far flung places just because they are less culturally accessible.”

The Vessyl smart cup, which knows what you're drinking

So what’s coming next? One of the most far-reaching technology trends will be the Internet of Things, where currently “dumb” objects such as lamps, tables and teapots will be fitted with sensors that can send and receive data; our entire environment will be equipped to react intuitively to our needs. A smart cup called Vessyl has already come to market – it knows what you fill it with, down to whether it’s Coca-Cola or Pepsi. Over time, it tracks how much and what you’ve been drinking, and feeds it into an app.
Another long-term trend is what LS:N Global and The Future Laboratory are calling the Flat Age Society, a time when age no longer denotes behaviour. Already a raft of baby boomers are rediscovering travel, technology and entrepreneurship, not to mention sex and drugs. As medical technologies improve, ageing will cease to be thought of as an inhibiting factor to living a full life.
As economies lurch and stumble and we become ever more fickle in our tastes, the longest lasting brands will be the ones that understand what we want before we know we want it. The trend forecasters are out there, brailling society and looking for its innovators. It’s a risky job, and one that requires patience, but as Popcorn says: “There are no such things as predictions that are wrong; there are only predictions that haven’t been right… yet.”
Share:
Tags: NULL