How to mix: The Tomatini, AKA the spirit of the South of France 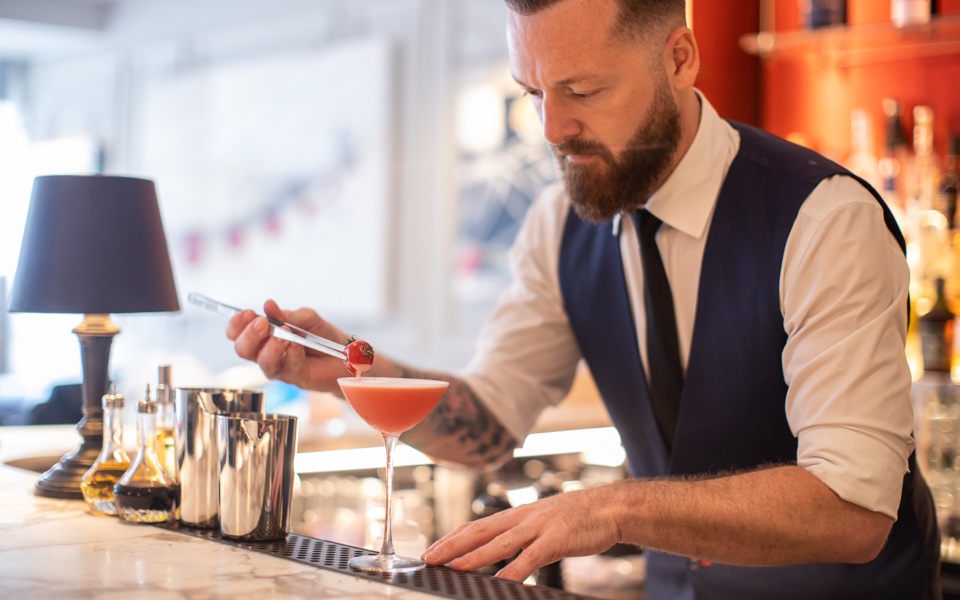 The story of the Tomatini starts at the Plage de Passable in St Jean Cap Ferrat, the swanky neighborhood next to Nice on the French Riviera. The Plage or beach is just below the home of Arjun Waney, our chairman and founder and it’s where he spent most of his days during July and August each year.

In about 2006, the Plage, which is a full service beach area serving lunch and dinner in its own restaurant, employed a young man called Jimmy Barrat to serve the sunbathers facing the sea. Barrat was from Nice and this was a summer job for him.

Barrat’s best and favorite customer was Arjun Waney. During that summer Waney spoke to Barrat about Zuma, his famous modern Japanese restaurant in London, and sensing Barrat’s interest and enthusiasm, he arranged for him to fly to London for a weekend and to eat at Zuma and experience the restaurant. On his return he told Waney he’d like to work at Zuma and by the end of that summer, Barrat had become a bartender at Zuma’s trendy bar, mixing their award winning cocktails.

When Zuma opened its restaurant in Dubai in 2008, Barrat went to Dubai to head their hugely successful bar operation. And then in 2010, when we opened our second restaurant after London in Dubai, Barrat was overjoyed. The food of his home, Nice, was coming to Dubai. In celebration, Barrat created the Tomatini and presented the recipe to LPM in Dubai as his personal welcome gift. What could be more appropriate than a Nicoise bartender creating a cocktail for the most famous Nicoise restaurant in the world? In Dubai!

I don’t like tomatoes when used in juices. I don’t drink bloody Mary. So my approach was to treat the tomatoes as what they are: a fruit.

The tomatoes used in the original recipe were bull heart tomatoes, a ripe summer treat that you can find on all the South of France tables, and at LPM. Seasonal, juicy and only a half was needed for the drink.

I then added a touch of lemon, which can also be found on the tables of every LPM. The use of white balsamic vinegar was to support the sweetness with some sour, as all drinks should be balanced. It’s seasoned with salt and pepper and a touch of sugar to elevate the flavors and bring a long finish.

The Tomatini is one of those drinks that you try once and it becomes iconic, a modern classic, the Spirit of the South of France in a glass.

• For more information or to reserve a table at LPM visit the website here.