How to mix... The perfect New Orleans Sazerac 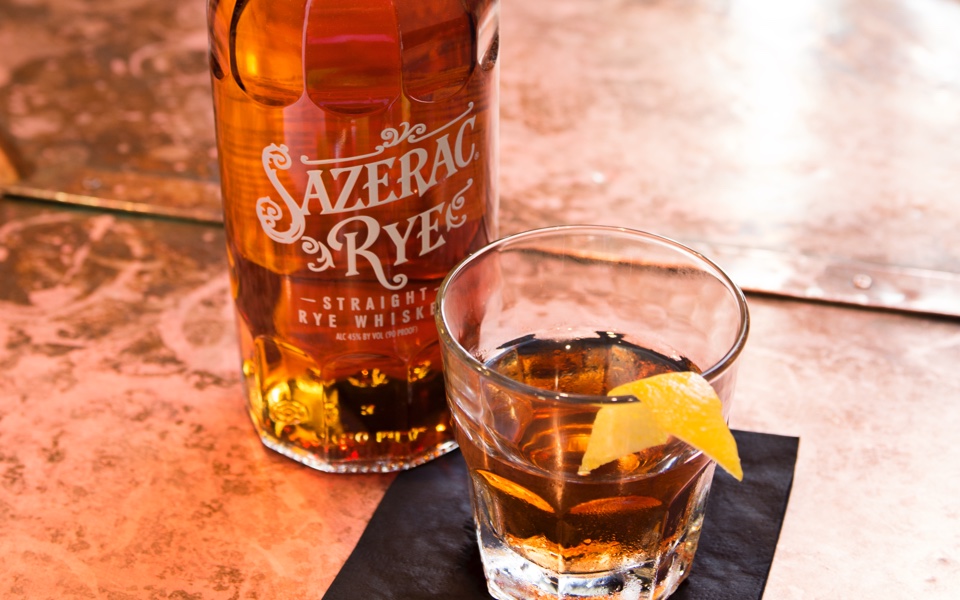 August is hurricane season in New Orleans, a time when oppressive heat and torrential showers mean it’s foolish to do much more than sit on your balcony with a frosty drink and watch the world pass by. The extremity of London’s weather in recent weeks, from floods to heatwaves, put me in mind of the Big Easy, and its greatest gift to cocktail lovers, the Sazerac.

New Orleans is a bibulous city, and the French Quarter is a non-stop party where the distinction between bar patrons and revellers who are between venues becomes increasingly blurred as day slips into night. Cocktails have a cultural prominence there that they have achieved in few other places, and while day-glo plastic yard glasses of icy fruit syrup and rectified spirits rule the streets, some of the bars are still serving elegant concoctions that pre-date the first collection of cocktail recipes. The Sazerac – the first branded cocktail, and the official cocktail of New Orleans – is such a drink.

Around 1850, Aaron Bird purchased a New Orleans bar, called The Merchants Exchange Coffee House. The previous owner, Sewell Taylor, had sold the bar because he wanted to import spirits, including a cognac named Sazerac-de-Forge et Fils. This brandy became popular with customers at his old bar, prompting Bird to rename it the Sazerac Coffee House.

The exact origins of the Sazerac cocktail are a matter of historical debate, but already prior to the Civil War, Bird’s Coffee House was famous for selling a toddy made by mixing Taylor’s imported cognac with sugar, water, and locally produced bitters. These were most likely made using an old family recipe, by the pharmacist Antoine Peychaud, a Creole immigrant from Saint-Domingue (modern-day Haiti), who was probably the first person to make a drink that was recognisably a Sazerac cocktail.

In 1869, the Sazerac Coffee House was bought by Thomas Handy, whose company also set about acquiring and selling branded spirits. Throughout the 1860s a grape blight had wiped out many of the French vineyards that were the main source for imported brandies. The blight was attributed to phylloxera aphids, which were probably carried to Europe accidentally on samples of grape vines from the United States. Faced with a suddenly expensive and increasingly scarce key ingredient, but with ongoing demand for the Sazerac Coffee House’s signature cocktail, Handy’s pragmatic response was to replace the cognac with American made rye whiskey. The combination proved a hit with his customers, and it remains a popular cocktail to this day.

By the late 19th century Handy’s company had been acquired by Newman Goldring, but the Sazerac cocktail was still evolving. For instance, it became the fashion for glasses to be coated with absinthe before the cocktail was poured into them. But the highly alcoholic spirit, flavoured with aniseed and wormwood, was widely associated with social ills such as madness and violent crime, and thanks to the crusading efforts of the temperance movement, absinthe was banned in the US in 1912 – almost a decade before the 18th Amendment ushered in a general prohibition of alcohol – and it remained illegal there until as recently as 2007.

Consequently, the absinthe was replaced by various anise liqueurs, but in New Orleans the locally produced Herbsaint – which was made by veterans who had learned the absinthe-making process in France during World War I – appeared immediately after the repeal of Prohibition, to become the “official” wormwood-free alternative.

Today, the Sazerac Company is still a family-owned business, with Newman Goldring’s grandson as its chair. It is one of the biggest players in the American spirits market, with a portfolio of more than 450 brands. In 1992, the Sazerac Company bought the George T Stagg Distillery in Frankfort, Kentucky, and in 1999 they renamed it the Buffalo Trace Distillery. This is where most Sazerac Rye Whiskey – the spiritual successor to the first rye whiskies sourced by Thomas Handy in the 1870s to keep up with demand for Sazerac cocktails – is currently produced and bottled.

In 2019 things came full-circle, with the opening of Sazerac House in New Orleans. Located just a few hundred metres from the site of the original Sazerac Coffee House, this museum and interactive experience is intended to celebrate the city’s official cocktail, with a small portion of Sazerac Rye Whiskey being bottled on site. But no trip to Sazerac House would be complete without a Sazerac cocktail:

This is the Sazerac House recipe (with convenient metric conversions):

• Pack an Old-Fashioned glass with ice.

• In a second Old-Fashioned glass, place a sugar cube and add three dashes of Peychaud’s Bitters to it.

• Add 1.5oz (45ml) Sazerac Rye Whiskey to the glass with the Peychaud’s Bitters and sugar.

• Empty the ice from the first glass and coat the glass with 0.25oz (5ml) Herbsaint.

• Strain the whiskey/bitters/sugar mixture from the glass into the Herbsaint coated glass and garnish with a lemon peel.

Sazerac Rye Whiskey is inextricably linked to the Sazerac cocktail, but with its aromas of vanilla, pepper and fennel, its sweet maple syrup and spiced citrus flavours, and its long root beer finish, you will always be able to find new uses for it.

Sazerac Rye Whiskey (and the Peychaud’s Bitters and Herbsaint to make a Sazerac cocktail) can be purchased from the Whisky Exchange: https://www.thewhiskyexchange.com/p/55818/sazerac-rye

You can read more about Sazerac Rye Whiskey on the Sazerac Company website: https://www.sazerac.com/our-brands/sazerac-rye-whiskey.html

You can start planning your trip to visit Sazerac House in New Orleans, here: https://www.sazerachouse.com/