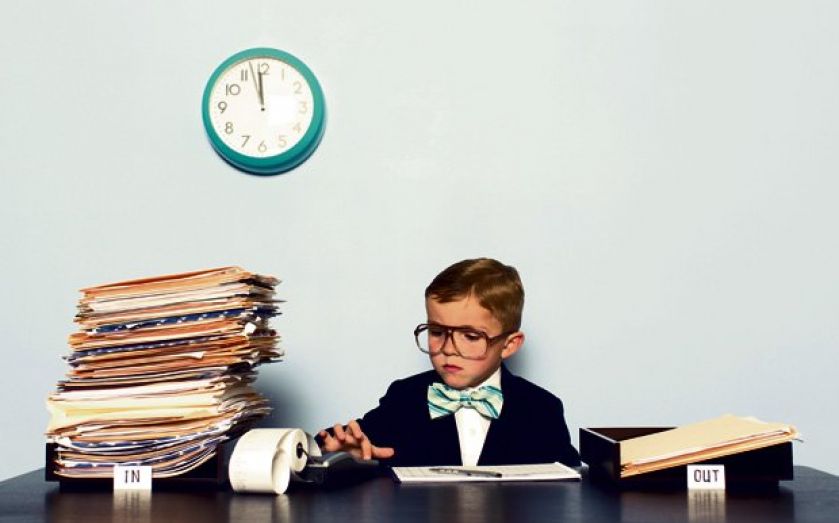 The transition to more senior positions can be challenging, especially if you believe all the myths

YOU’VE finally got that promotion. You’ve worked hard, gained recognition for your efforts, your salary is rising, your team is expanding, and so is your responsibility. What next? Promotion anxiety, executive coach Gill Corkindale told the Harvard Business Review (HBR), affects most new leaders. “Ironically, the greatest triumph of their careers is also defined by loneliness.” Leaving behind an old job, adjusting to new relationships with former peers, knowing how to act in a different situation, these can lead to stress, even decision-making paralysis. So what can you do? Of course, there should be support available from your company, but here are a few other ideas.

IGNORE THOSE MANAGEMENT MYTHS
Initially, understand where you’ve now found yourself – especially if this is your first step on the management ladder. Becoming a boss for the first time, says Harvard Business School professor Linda Hill, irrevocably shapes your later career. Many subsequent chief executives cite it as a transformational experience “that forged their leadership philosophies… in ways that may continue to haunt and hobble them throughout their career.” Why can it be so difficult? Myths about management plague budding executives, she says. Here are a few:

First, give up any idea that your influence comes from your position in the hierarchy. Just because you have a big new job title, it doesn’t mean anyone will listen to you. “New managers soon learn,” says Hill, “that when direct reports are told to do something, they don’t necessarily respond.” Instead, it’s critical to establish recognition and respect all over again – and this implies demonstrating both competence and the intention of doing the right thing.

Second, ignore the impulse to control. “Most new managers, in part because of insecurity in an unfamilar role, yearn for compliance from subordinates,” she says. But even if this can be achieved, it’s a false victory – “compliance does not equal initiative”. Without individual initiative, your team won’t take the risks necessary for business improvement.

Third, don’t be misled into thinking everything must run smoothly. Of course, you should do your best, but the complexity of maintaining the status quo could absorb all of your time, precluding attention on challenging existing processes or structures. Failure to understand that you can change your team and its context, Hill says, can lead to resentment of your superiors if you fall short.

DON’T FORGET FORMER PEERS
But what of those you’ve left behind? If you’re now managing people you’ve previously worked with, you’ll likely face a conundrum when dealing with them – especially those you are friendly with. “The dynamics completely change,” Stanford’s Robert Sutton told the HBR. “People start to watch you more than ever”. Unfortunately, it’s unlikely you’ll be able to maintain friendships with your new staff, to avoid fuelling accusations of favouritism.

But that doesn’t mean you should tread on any toes. Michael Watkins of Genesis Advisers suggests identifying smaller decisions you can make quickly, while deferring bigger ones until you’ve become more established. The University of Pheonix’s Antony L Di Gaetano argues that you can leverage a reputation as a likeable co-worker in your new role. Ask your team what is broken and how it can be fixed, and don’t be afraid to “roll up your sleeves and get in the trenches.” This can smooth the transition.

And if you’ve been promoted diagonally into a different group, remember that you may meet former peers in another setting. Don’t cut them off.

Prepare for the job interview
Job Interview Question & Answer
Free
A free interactive video app, Job Interview Question & Answer helps you to practice difficult questions in a mock interview format. You get a chance to record your response to the question, which can then be played back to see what you look like to the interviewer. Then watch how the experts would’ve dealt with it.