How Greece could pull fragile Europe back into recession 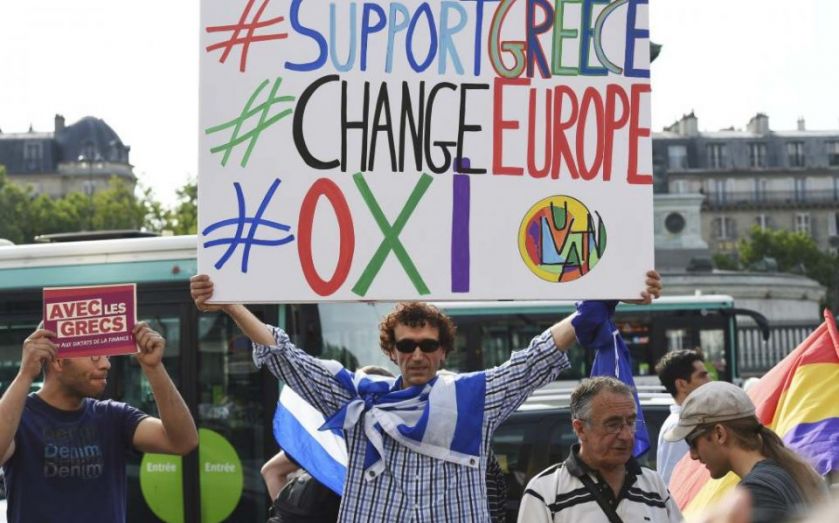 European stocks began the week with losses of 4 per cent or more, a clear sign that investors are concerned about the news from Greece. Talks of a referendum, liquidity issues and bank closures mean that the next few days will be a transformational moment in the 60 year project of building a unified Europe. While it has been easy to ignore some Greece-related issues, such as the summits in Brussels that never seem to resolve anything, it’s now time to pay attention. If the Greek crisis and deterioration in markets continue, the impact on the wider recovery will be disastrous and tarnish the progress other EU countries have made. In fact, last weekend’s events have already dealt a heavy blow to the Portuguese stock market, which fell on Monday by almost 6 per cent. There are also signs of contagion in the bond markets, with Spanish and Italian 10-year bond yields rising by around 18 basis points. Of course, this deterioration is still fresh, so there have yet to be any concrete signs of weakening growth. But it must not last too long, or the fall in share prices will lead to negative wealth effects, reducing household wealth which – in turn – will lead to a fall in consumption and housing investment in the long term. We’d also see an increase in the cost of capital for firms through the widening of credit spreads, which would ultimately reduce corporate investment. Further, there would be an excessive rise in long-term interest rates in peripheral countries, which would impact real growth throughout the Eurozone; a final blow which would see the region sink into long-term ill-health. The markets’ strong reaction to the Greek crisis reflects the widely held assumption that Grexit would cost the Eurozone dear. But this is irrational: the cost would be very low. First, Greece’s total public debt accounts for less than 3 per cent of Europe’s public debt. Second, exports to Greece are only very small. Third, banks in the Eurozone hold no Greek debt to speak of. Yet despite repeated messages from the European Central Bank (ECB) and the European Banking Authority that Eurozone banks outside Greece have zero exposure to Greek sovereign risk, the markets remain volatile. The threat posed by the markets to Europe’s recovery therefore warrants an intervention. The ECB’s actions should be swift and decisive if it is to dampen volatility and correct the downturn, and prevent present tensions from recurring in the future. If Greece does decide to stay with the euro in Sunday’s referendum, it is probable that financial markets will remain unstable due to the real risk of Greece missing further loan instalments. So it is essential that we either reach an agreement to settle the question of Greek debt refinancing – in exchange for maintaining a sufficient primary fiscal surplus to reduce the public debt ratio and economic policies to boost productivity and potential growth – or allow Greece to exit the euro and bring an end to the constant disruption. Ultimately, European authorities must not allow financial markets to worsen past Sunday’s referendum. Through greater proactivity of the ECB to end the Greek crisis, we will ensure that the Eurozone’s economic recovery is no longer threatened by rising volatility and falling equilibrium prices. At present, there are no signs that Europe’s economic recovery has stopped, but if a settlement in Greece is not made soon, the consequential deterioration in the financial markets will drag Europe back into a recession.