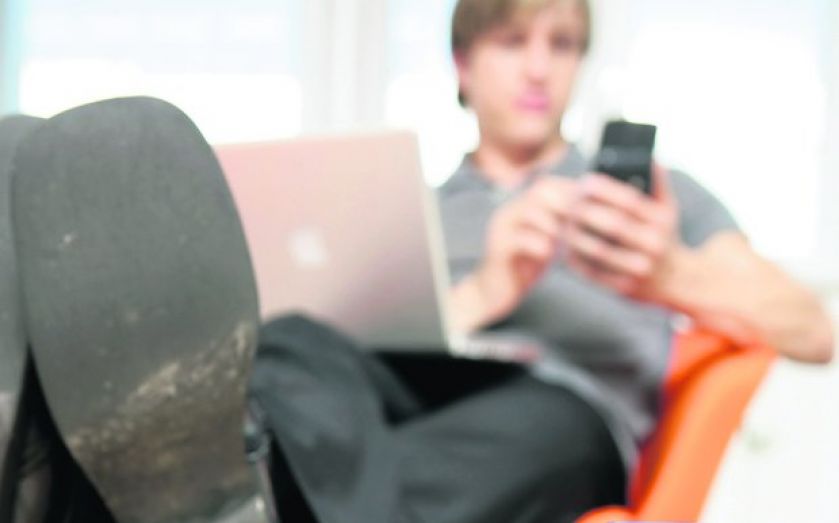 Christopher Columbus’s mantra that, “by prevailing over all distractions, one may unfailingly arrive at his chosen goal or destination” may have guided him across the Atlantic (four times), but most of us find the slightest interruptions can quickly derail our productivity.

Of course, Columbus had less to contend with – is it any wonder our attention spans are shortening, with smartphones and the internet constantly luring us away from the task at hand? Over 60 per cent of us visit non-work related websites each day.

And worryingly for employers, the tendency towards distraction could be worsening: a recent study has found Millenials waste more than twice as much time as Boomers. Here are four tips to getting down to business when it matters most.

A Microsoft Office study found we are at our most productive at 10.01am on Monday mornings – and are least alert on Tuesdays at 4pm. So plan your day, and week, accordingly. Spend Monday mornings tackling the “to-do” list; and take the first 30 minutes of each morning to plan your day. “Don’t start your day until you complete your time plan. The most important time of your day is the time you schedule to schedule time,” say authors Joe Mathews, Don Debolt and Deb Percival.

In many ways, the social media site is the perfect distraction. It’s irresistibly urgent and gossipy, can be accessed via a range of mediums, and is pithy enough to fill even the tiniest of time gaps. But rather than accepting Twitter as another front (alongside Facebook, Instagram and others) in the battle for your attention, Alexandra Samuel, vice president of social media at Vision Critical, thinks workers can use it as a training ground for paying attention to what matters most. “Twitter may be distracting, but at least its messages are short. Email messages are just as distracting and ten times as long. For many purposes, exchanging private Twitter messages can be a lot more efficient,” she recently told Harvard Business Review.

Multitasking, according to recent studies, is overrated. Indeed, a 2009 Stanford University report concluded that multitaskers cannot concentrate, have bad memories, and struggle to switch from one task to another. Fortunately, there are a number of distraction-free apps to help you resist the temptation, like writing tool OmmWriter (a simple text processor, which opens exclusively in full screen mode). Failing that, get rid of any icons, windows, and other desktop clutter that you don’t need. “The fewer things you have open, the more you can focus,” says Lifehacker’s Whitson Gordon. Disconnect instant messaging, and avoid answering the phone or emails unless it’s urgent. “Instead, schedule a time to answer email and return calls,” Mathews, Debolt and Percival recently told Entrepreneur.com.

4 DISTRACTIONS – A NECESSARY PART OF PRODUCTIVITY

Contrary to popular belief, distraction and procrastination can actually encourage creative thinking. “Studies have shown that browsing the web at work can make you more productive – as long as it’s done at the right times,” says author Charles Duhigg. He believes that we procrastinate most after battling against the urge to check Facebook or surf the web. “If you need five minutes every hour to look at tweets, schedule that into your schedule.” In the long run, it’ll give you something to look forward to as you push through more important tasks.