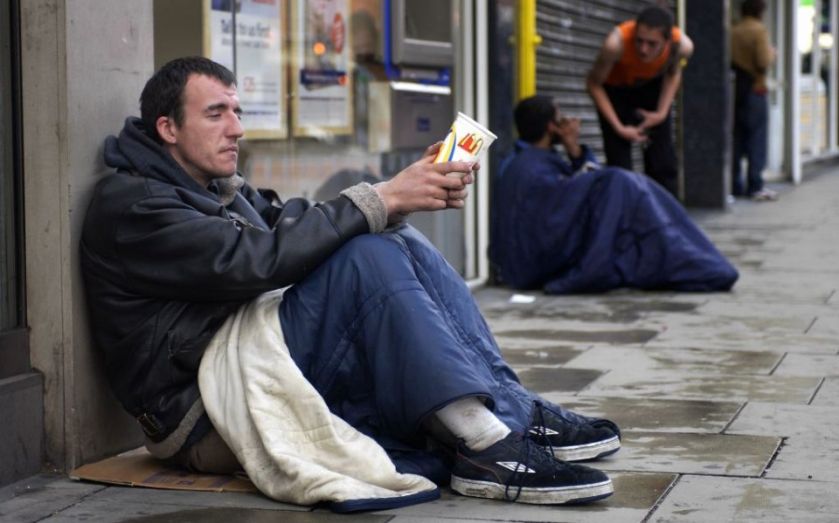 The amazing story of Dominique Harrison-Bentzen must be one of the most heart-warming of the year. Late one night, having lost her bank card, the 22-year old student was offered £3 for a taxi by a homeless man concerned for her safety.

Her response to this incredible act of selflessness was to find the man – known only as Robbie – and raise enough money to help turn his life around. Dominique’s campaign ended with £21,000 donated, helping not just Robbie, who had been sleeping rough for seven months, but others too.
This story is part of a renewed focus on homelessness, which can affect anyone, and at any stage of their life. In extreme cases, it can lead to rough sleeping, which is particularly troubling in these cold winter months.
Tackling homelessness is often more complex than just providing housing – it requires resolving complex health issues, both physical and mental, relationship-breakdown, and worklessness.
Recently, the mayor of London has provided funding to Veterans Aid to support short-term accommodation for around 100 veterans at risk of homelessness, at least half of whom have gone on to benefit from employment and skills training, and from support with finding longer-term housing.
That project is part of the mayor’s £9m a year programme to support charities and boroughs tackling rough sleeping. Other projects have ranged from the funding of a street doctor to the provision of specialist accommodation.
The flagship scheme is No Second Night Out, delivered in partnership with charity St Mungo’s Broadway, which responds urgently when someone new is found sleeping rough, as well as supporting others vulnerable to homelessness. This innovative programme has resulted in three out of every four new rough sleepers now spending only one night on the street.
But it remains critical to provide help quickly and avoid entrenchment on the street. Tragically, the estimated life expectancy of a rough sleeper in central London is just 42 years.
Supporting these efforts does not require the epic fundraising abilities of Dominique. There is a simple and direct intervention every Londoner can make if they discover someone sleeping rough – by calling 0300 500 0914 or sending an email via www.streetlink.org.uk. That call will make sure a team is sent to find and help that individual, often through the No Second Night Out scheme.
London has a fraction of the rough sleepers that other big cities across Europe and America have, which is testament to the dedication of charities here. It is critical that, in the twenty-first century, no one calls the street their home, and we can all help to make that happen.