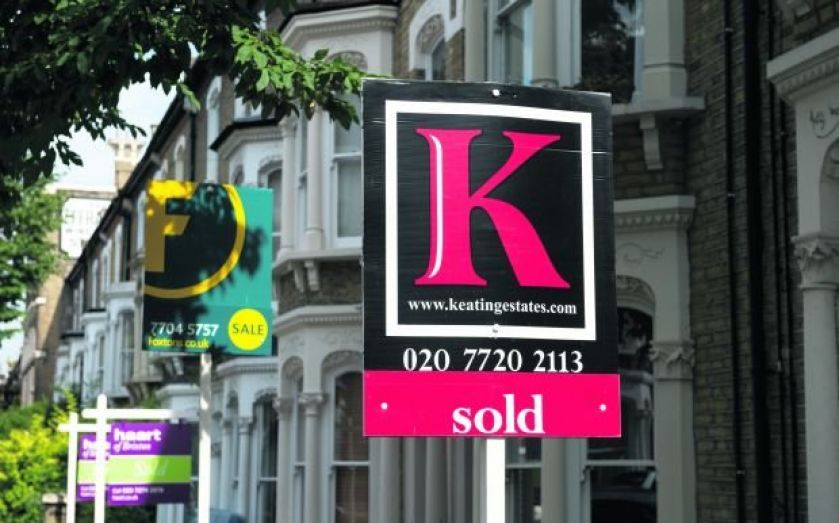 London house prices are set to stall in 2015, the Royal Institution of Chartered Surveyors (RICS) said today.
Prices in the UK are forecast to grow by three per cent in 2015, yet in the capital growth will be zero.
Rents in the UK are expected to increase by just two per cent next year after demand softened in 2014, due to the sales market recovering. London rents are expected to go up in line with the rest of the UK.
“2014 was a significant year for the property market as a more broadly based recovery took hold. Help to Buy funding helped to support the turnaround, alongside the more positive trend in the wider economy,” said Simon Rubinsohn, RICS chief economist.
Rubinsohn warns that the UK needs to speed up the supply pipeline of new homes to solve the issue of affordability.
Separate mortgage data published yesterday by the Council of Mortgage Lenders (CML) also suggests that house prices will grow less quickly next year. The CML  estimates that gross mortgage lending reached £16.9bn in November. This is nine per cent lower than October (£18.6bn), and matches the £16.9bn seen in November last year.
“Current activity in the housing market has eased with transactions back down to levels seen almost a year ago,” said CML economist Mohammad Jamei. Meanwhile, data released yesterday from Glenigan and the Home Builders’ Federation (HBF) show that 194,820 permissions for home building were granted over the last 12 months.