Hotel Romeo review: Naples has gone from Italy’s junkyard to a jewel in its crown 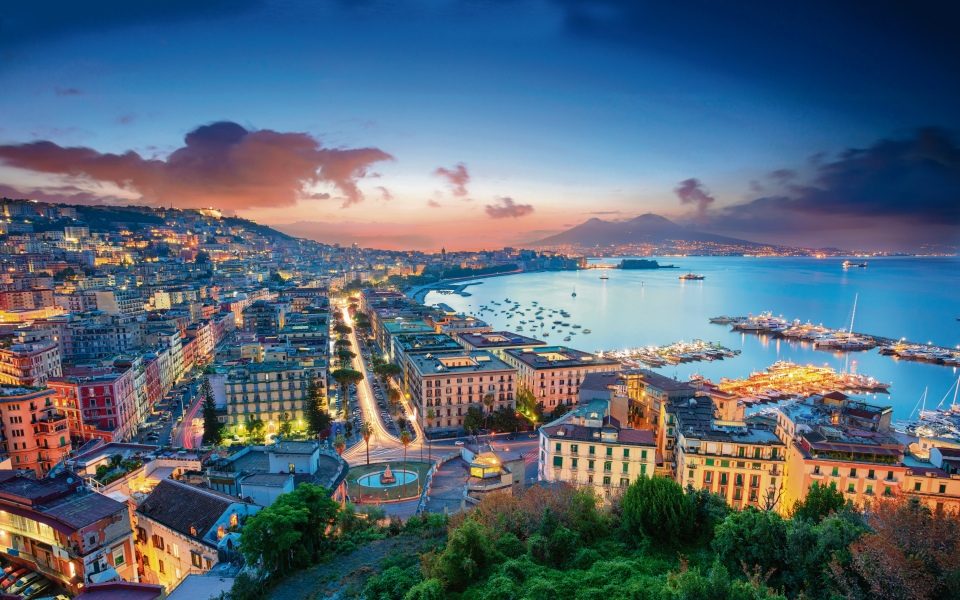 Leave all your preconceptions about southern Italy at the departure gate – Naples is a hidden gem of culture, history and, of course, food. Nestled in the shadow of an active volcano and infamous as a mafia hot-spot, it’s safe to say that this is a city with an edge.

For decades considered little more than northern Italy’s crime-ridden junkyard, Naples has cleaned itself up and is now enjoying a second renaissance, but hasn’t yet had its authenticity beaten out of it by gentrification and tourism.

The five-star Hotel Romeo signals its lavishness from the first glance, with a lobby of blue neon lights and glitzy water features. Situated a 10-minute walk from Naples’ historic centre, it looks out onto the harbour, and one of its main draws is the stunning view of the twin tops of the volcano Vesuvius.

The other is the luxurious full-service spa, complete with multiple saunas, jacuzzis, a steam room, and treatment facilities that turn the ritual of relaxation into a near-spiritual experience – exactly what is needed after a day of exploring the city on foot.

Both the hotel’s restaurants boast stunning sea views, so you can watch the sun setting beyond the volcano. The Beluga lounge bar offers a more informal dining experience, but if you can get a table, the Michelin-starred Il Comandante is a culinary adventure, with regional dishes and local produce reimagined for gourmet tastes. Specialities include egg with smoked mozzarella and truffles, veal sweetbreads, and mullet with scallops. Our meal was matched with a bottle of Terre Stregate Trama Falanghina, from the same region as the notorious Camparian liqueur Strega (meaning “witch”  in Italian – drink at your own risk).

Naples is best known as the starting point to explore the ancient Roman towns of Pompeii and Herculaneum, devastated in the eruption of 79AD and preserved in volcanic ash. Both sites are just a short train ride away and ideally suited to day trips.

But it is a disservice to assume that the ruins are all Naples has to offer. The city is rich in its own history. It was a cultural hub during the Renaissance and Baroque periods, inspiring poets, philosophers, and artists (most notably Caravaggio and Bernini).

Its past – from the glory days up until Italian unification, through to the advent of fascism, and finally liberation – is built into its architecture: ornate balconies next to crumbling palazzos, punctuated by marvels such as the glass-domed Galleria Umberto and a building whose facade incorporates encrypted sheet music for a secret melody.

It’s a city meant for exploring, by wandering the narrow streets and hidden courtyards, stopping for world-famous sfogliatella pasties (as seen on The Great British Bake Off) along the way. But for a tour that takes you off the beaten track, check out Sophia Seymour (lookingforlila.com), and let her uncover Naples’ beating heart for you, from its classical origins, to the shady world of the mafia, to the neighbourhoods immortalised in the best-selling novels of Italian author Elena Ferrante.

Read more: Trisara hotel review – Foraging needn’t be at the expense of luxury

The National Archeological Museum is top on any list of Neapolitan must-sees, and offers the obligatory dose of classical statues if you can’t make it to Pompeii itself. But afterwards, take a taxi up the hill to the Catacombe di San Gennaro, and explore the city’s complex relationship with death.

The catacombs tour ends a short walk from the Fontanelle cemetery, whose chambers are stacked high with thousands of skulls, mostly anonymous plague victims. It’s an eerie but uplifting experience – locals leave coins and charms to the dead in exchange for wishes, and there’s a sense of tranquility as shafts of dappled light illuminate the skeletons.

Speaking of death, if you come across bronze skull statues in the historic centre, do as the Neapolitans do and make a wish. Oh, and remember that a “coffee” in Italy means a shot of espresso, so be prepared to wake up – Naples is famed for the best coffee in the nation.

Original Travel (020 3582 4990 / originaltravel.co.uk) offers a four-night trip to Naples and the Amalfi Coast starting from £2,665 per person. Price includes flights, transfers, accommodation at Hotel Romeo and a private guided tour of Naples and Pompeii.

Hotel Romeo (hotelromeo.it) offers rooms from €320 per night on a B&B basis.