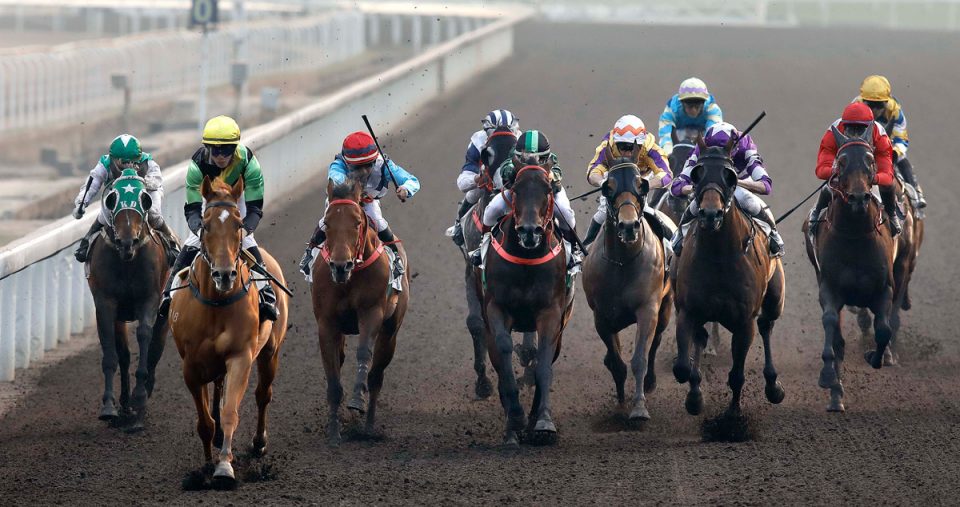 THERE are a couple of things to remember before betting at Sha Tin today.

The draw normally plays an important role in determining the results on dirt racing in Hong Kong.

Most of the time in races over six furlongs, statistics suggest horses can win from any draw, but when the weather is unsettled, like it is predicted to be today, with showers forecast during racing, it favours horses starting quickly and racing up with the pace from the off.

In extended mile races, horses with double-figure draws have a horrible record.

This is because the first bend is only around 100 metres after the start and horses with high draws either get caught with a wide journey throughout or have to work too hard early on to get into a good position.

One horse who is ideally drawn in stall two for the run of the race is bottom-weight SUPER RED DRAGON in the Pui O Handicap (2.15pm) over the extended mile.

This lightly-raced but improving galloper produced a huge performance when unleashing a strong late run to finish third over course and distance in February.

On that occasion, having had to be restrained early on from his wide draw, he suffered a troubled passage throughout the contest and only saw daylight in the latter stages of the race.

He is well-handicapped with a number of rivals on early season form and from his low draw allowing him to be up with the pace from the off he could be hard to pass, especially when jockey Karis Teetan presses the button down the home straight.