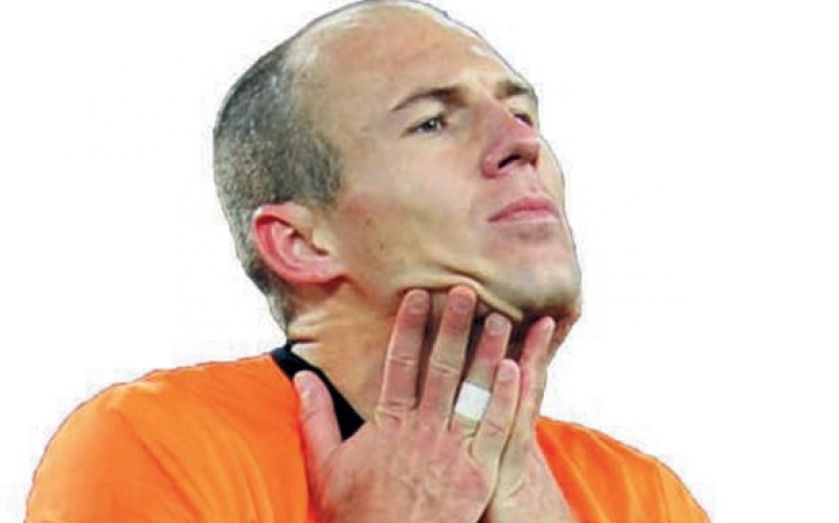 I’M NOT in the camp that believes Spain are finished as a world force. There were signs in the Confederations Cup that they were faltering, but a team that hasn’t conceded a goal in a knock-out game since 2006 shouldn’t be dismissed lightly.

They’ll have to overcome the old stat that no European side has won the World Cup in the Americas before, but that’s less of a concern than their forward options. At Euro 2010 they played largely without a recognised striker and the return of an aged David Villa, who missed out in Poland and Ukraine through injury, won’t scare too many defences. And as for Fernando Torres, he’s long looked past international level.

Diego Costa had a monster season with Atletico Madrid but has had a long, hard campaign and picked up an injury at the back end.

Spain should qualify, but are vulnerable as 8/11 shots with Coral to win the group.

I’ve already said I’m out to oppose Holland and, as well as having a speculative buy of them on Sporting Index’s Outright Index, I’m keen to back Chile to win the group at the 4/1 with Star Sports.

For insurance, you can also buy Chile at 9.5 on Sporting Index’s Group B Index, knowing they’ll make up 10 just for finishing second and 25 if they do top the pool. You can sell the Dutch at 11.5.

It’s desperately disappointing that Radamel Falcao misses out for the Colombians. He’s been one the best strikers in the world over the last five years and it was little wonder Colombia were well-backed ante-post with him at the helm.

They’ve drifted back out to 40/1 without him, but should still have no trouble topping a Group C containing Greece, Ivory Coast and Japan. I’m surprised to see them as big as evens with Coral to do so.

Ranked eighth in the world, the South Americans will be at home across the border and will have too much class for a workmanlike Greece, a Japan side that finished bottom of their Confederations Cup group last year and Ivory Coast, who have flattered to deceive at the last two World Cups.

I’ve already nailed my colours to the Argentina mast and they should comfortably justify 2/9 favouritism with Coral and win Group F.

The Iran game in particular could be a bloodbath for bookies with total goals and total goal minutes likely to be popular with Sporting Index’s clients.

Nigeria have long promised so much on the world stage, but have only twice made it out of the group stage and this is a weaker Super Eagles side than previous tournaments.

Manchester City’s Edin Dzeko will carry the hopes of Bosnia in their maiden World Cup but they are playing for second spot.

Argentina’s firepower is so strong that it’s almost impossible not to see them scoring multiple times in every game and the 3/1 with Coral on them to be the top scoring team in Brazil appeals. It’d be a big surprise if they didn’t progress with a 100 per cent record and buying their group points at 7.5 with Sporting Index looks a cracking bet.

THERE is so much more available than just outright and match betting on the World Cup. Sporting Index have priced up hundreds of long-term markets and are predicting 275 yellow cards at the tournament.

That equates to 4.3 a game and might just be on the low side, providing a bit of value by buying at 280.

The 2010 final between Spain and Netherlands was a particularly dirty game with 14 yellows and one red and the Dutch have form for being involved in feisty affairs.

Their World Cup second-round clash with Portugal in 2006 saw a whopping 16 yellows and a record four reds. So keep an eye on what the total booking points are trading for in their replay of the South Africa final with Spain on Friday, and their match with Chile, another side who have a tendency to play on the reckless side.

The hot weather is also likely to contribute to tempers getting flared. It’s doubtful the record of 345 yellow cards from the 2006 edition in Germany will be beaten, but over 280 is a very realistic number, especially with Latin American referees notoriously quick to reach for their pocket.

Argentina’s Nestor Pitana, as an example, averages five yellows a game at international level. Cross him at your peril.