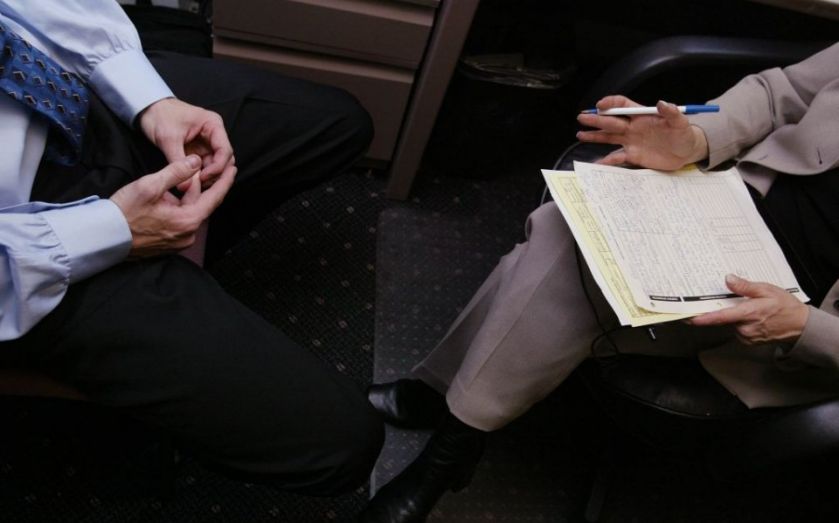 Before Margaret Thatcher reached the pinnacle of her political career, her voice was both higher and faster. But her colleagues, concerned that she did not sound authoritative enough, suggested that she undergo voice coaching.
Gradually, Mrs Thatcher lowered the pitch of her voice through a series of exercises. By the end of the process, her voice was 46 Hz lower.
The change in Thatcher's voice, and the effort she went through to achieve it, demonstrates how important the sound of your voice is in making your colleagues perceive you in a certain way – and it all starts at the job interview.
A new study by researchers at the University of Chicago Booth School of Business shows the “intelligence” displayed by your voice is no less important than your CV in determining whether you get hired.
"In addition to communicating the contents of one's mind, like specific thoughts and beliefs, a person's speech conveys their fundamental capacity to think – the capacity for reasoning, thoughtfulness and intellect," explained lead scientist Nicholas Epley.
Through a series of experiments involving hypothetical employers and professional recruiters, the team found that an applicant's competence, thoughtfulness and intelligence was judged just as much by the sound of their voice as by their qualifications.
They asked a group of Chicago Booth MBA student job candidates to develop a short presentation for the company they would most like to work for, both in written and audio form. When they asked the evaluators to give their feedback, they found the ones who heard the presentation as well as reading it were more likely to rate the candidate as intelligent, thoughtful and competent.
"When conveying intelligence, it's important for one's voice to be heard – literally,” Epley continued. The results will be published in the upcoming journal Psychological Science.

How to have the most employable voice

Keep it deep
A previous study from the University of California, Los Angeles, showed how charming you are comes down to how low your voice is.
The scientists changed the vocal frequencies of male politicians from Italy, France, Portugal and Brazil, and analysed how these were perceived by over 250 participants. They found those with lower voices were generally found to be more appealing because they seemed more dominant, while those with higher voices were viewed as weaker and more submissive.
Avoid "vocal fry"
Vocal fry is the effect created when the vocal chords are slowly fluttered to produce a popping or creaking sound at the bottom of the vocal range. A US study in 2011 found two-thirds of a sample of young women at college were doing it.
But according to research published in Plos One last year, women who exhibit vocal fry are considered less competent and less employable than those who do not.
Clear and un-nasal
Nasal voices are well known for being irritating. A study in Psychology Today showed how they are usually the result of obstructed airflow in the throat or airways, which leads to am imbalance in sound vibrations.
Loud, but not too loud
A whispery voice may be considered sexy in some settings, but not when you're trying to get a job. vocal coach Susan Miller told Time that this quiet way of speaking can be off-putting for employers.
“It’s like they’re speaking in a half-whisper, like they’re talking in the back of the movie theatre,” she said.
“Voice is important to show authority, to show that you’re confident and you know your subject matter. It can be the deciding factor between getting a call for a second interview or being passed over for someone else.”
That being said, avoid going too far in the opposite direction and sounding overpoweringly loud – a mistake which could also cost you your dream job.