Greek food, but not as you know it 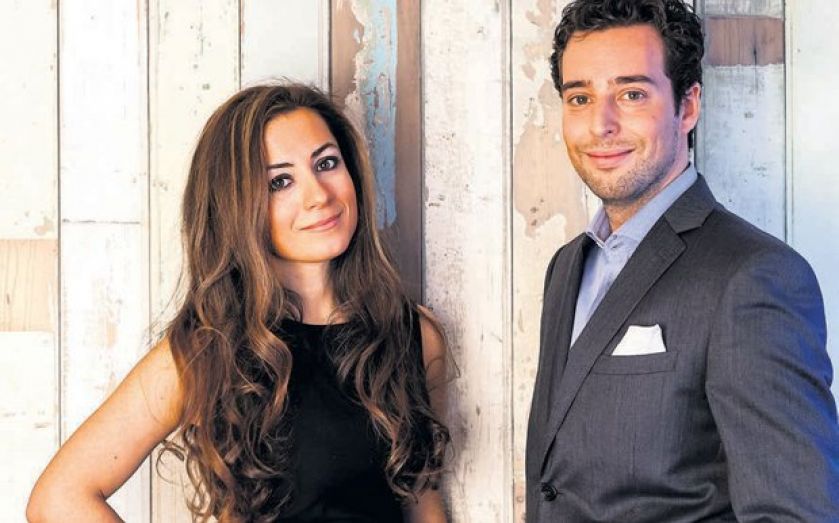 Dish of the day Mazi’s Spinach I CAME up with the name Mazi – which means “together” in Greek – because it’s a sharing concept. We wanted to bring people together. We’re also trying to modernise traditional Greek recipes so it’s a combination of the old and the new. It’s also my grandmother’s name so there are multiple meanings to it. We opened on the 1st June, 2012 after I went on holiday with my wife, Christina, to Greece. During the two weeks, we realised there were no good Greek restaurants in the UK and we took it upon ourselves to revolutionise Greek food abroad. In the 1950s and 60s, when Cypriots began to come over to London, there were these small Taverner-style, family-run restaurants. But when the second generation took over, they didn’t change it, they just stood still – unlike the Spanish and Italians who went really upmarket and did amazing things with the cuisine. We took a big risk because we didn’t know if people would like it. The things you associate with Greek food over here like pitta, kleftico, halloumi – you can’t find them in Greece and you won’t find them on our menu either. So we wanted to create a restaurant that was 100 per cent Greek, using quality imported produce, but with a modern twist. We also wanted to have Greek people working in the restaurant, which was difficult to start with. We had to train waiters to be at a certain level for a high-end restaurant in the UK, and they were hard to find in the Greek community because of the sort of Greek restaurants that are here. Greece is not in a good way at the moment – it’s very tragic. So Mazi is actually a real success story over there. They talk about the local girl called Christina who set up a successful business in London. They’re very proud of her and the embassy is also very grateful that we are employing Greeks and giving them new opportunities. The spinach mousaka is very popular and it captures what we do in a dish. It’s a traditional recipe that’s familiar, but with the modern twist of taking out the meat. We have a lot of vegetarian customers who say they struggle to find good vegetarian food in London. In all honesty, it’s not a big thing in Greece, they like their meat, but vegetables are a big part of cooking over there, too. There are only four dishes that never come off the menu; grilled aubergine, feta tempura, cool souvlaki, and the spinach mousaka. We think about changing them but then we look at the numbers; 96 per cent of tables order the aubergine and we serve about 20 mousakas a night. We only make dishes with the ingredients we have so we change at least three dishes a month. We print the menu on paper because we’re always changing it. Mazi, 12-14 Hillgate Street, W8 7SR. Call 020 7229 3794 to book. MAKE IT YOURSELF SPINACH MOUSAKA INGREDIENTS ■ 400g spinach ■ 2 large jumbo potatoes ■ 5 aubergines ■ 3 courgettes ■ 40g basil ■ 20g parsley ■ 2 white onions ■ 1 clove of garlic ■ 250g butter ■ 50g olive oil ■ 1l milk ■ 100g flour ■ 100g butter ■ 2 tsps turmeric ■ 1 nutmeg ■ salt and pepper Method ● Start with the spinach. Wash and strain. Dice half an onion and lightly stir fry in a pan with olive oil to make the onions soft. Add the spinach and a pinch of salt, and mix for about four minutes until the spinach reduces. Strain the spinach again, beware the hot oil. Set aside. ● After peeling and boiling the potatoes, mash into a lumpy purée (no need to make it smooth/fine) and mix with half of the onions, parsley, salt and pepper, and set aside. ● Place your aubergines in a tray in a grill oven at 200 degrees centigrade and leave for approximately 30 minutes (the aubergines need to be soft at the core). ● When the aubergines are ready, clean them by taking out the inside of the aubergine leaving only skin. Throw the skin away. Mash into a lumpy puree and strain a little as aubergines tend to be quite watery. Mix with the other half of the stir fried onions, finely chopped garlic, salt and pepper. ● Recipes for béchamel vary, but this one is particularly light and easy to make. Take 100g of butter and place in a casserole dish and melt it. Add flour whilst whisking until flour is baked. Continue whisking as you add 1 litre of milk, until the béchamel is a bit thicker, at the verge of boiling. Add salt pepper, grate the nutmeg and mix again. ● For the basil and courgette puree, cut the courgette into thin slices, and place in a pan with olive oil. Stir fry and season. When the courgettes become soft, remove from the pan and place in a blender along with 40g of basil. Blend until you have a smooth purée. ● Take a tray and, from the bottom going up, stack the potato purée, followed by the aubergine purée, the spinach and finish with the béchamel. ● Place in the oven until the béchamel becomes brown on top, and serve with a side of courgette and basil purée.