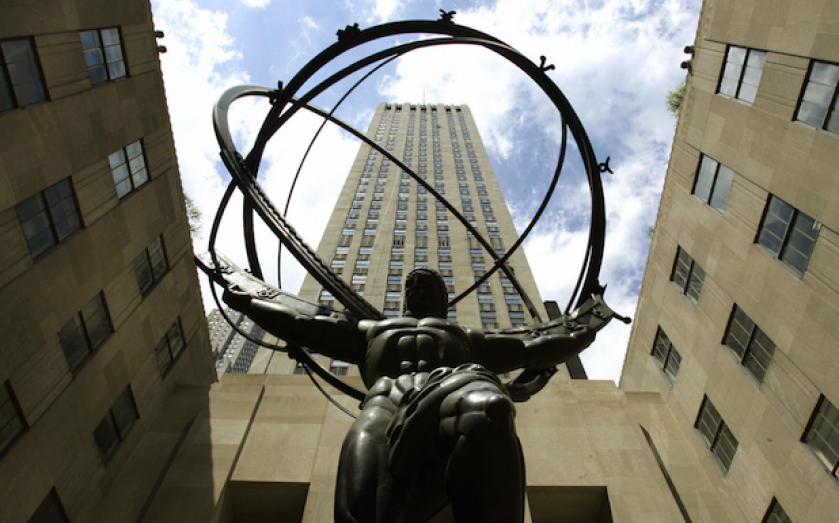 After weeks of debates and reviews Thomas Piketty's Capital in the Twenty First Century is still a subject of fierce controversy and currently ranks 17 on the Amazon bestseller list.

Piketty's argument that the rate of return on capital in capitalist economies tends to be higher than the growth rate, leading to a concentration of wealth and growing inequality, has been subjected to meticulous scrutiny.

As have his policy prescriptions of a global tax on capital to reduce inequality. One of the most prominent figures who would stand in opposition Piketty's views is not an economist but a philosopher and novelist – Ayn Rand.

Best known for her works the Fountainhead and Atlas Shrugged, Rand's message of uncompromising individualism and laissez faire capitalism are about as far way from Thomas Piketty as could possibly be imagined.

One of the world's leading advocates of Ayn Rand's philosophy, Dr Yaron Brook, gives an Objectivist response to Capital in the Twenty First Century.

Who was Ayn Rand and what were the ideas she advocated?

She is an egoist in ethics and rejects the idea of altruism, the idea that ethics is to serve other people and be selfless, she believes you should be selfish in the rational long term sense. Morality and reason are about the individual and the one thing that can attack the individual, destroy individual success and individual reason is force.

She believes that when we come into society what we need is a mechanism to extract coercion from society, so each one of us can strive to live the best lives we can. She believes in a government with a police, military and judiciary but no redistribution of wealth and no regulations.

I disagree with the whole approach. The whole view is very static, it assumes that wealth is just there, it doesn’t take into account the process of creating wealth and what is necessary for creating wealth.

It also assumes that capital is passive, that capital in a sense is just the deployment of money and that no decisions that the capitalists have to make are of themselves productive, which is ahistorical. It could be that the data is fine but the way he approaches the data is corrupt.

So for example, he would view capital as completely passive when the automobile was coming about, and you would miss out on the genius of the capitalists taking money out of the buggy industry and putting it into the automobile industry. That it is a productive activity, which the stock market and bankers do every single day and he just assumes its passive investing.

He doesn’t recognise any of these factors because they require you to think of individuals. Piketty’s whole notion of inequality is to look at aggregate statistics where the individual disappears, wealth is collective, production is collective, labour is collective. Labour is individual people working. When you look at these aggregates you lose what markets are really about and what justice is in the markets.

Is inequality a problem?

It is fair that Bill Gates makes more money than I do he created more value for more people than I ever will. His customers paid him for his work and the values he created. He didn’t steal money their money they gained value from his products. Every single person who bought a Microsoft product their life was better for it. So yes Bill Gates got several billion dollars but he probably increased the wealth of individuals and society by several trillion dollars, he touched the lives of every human being on the planet.

Now that’s true of Bill Gates but the same is true of every wealth creator. Putting aside cronyism and assuming we have a free market, even the wealth of hedge fund managers is justified. He is creating value, he’s allocating capital and the allocation of capital is one of the most difficult and most productive roles in the economy.

Choosing to funnel capital into technology or cars instead of buggies, these are the acts that reshape the world and it is financiers that carry it out. Justice demands inequality indeed equality is the negation of justice.

He points out that wealth captures politics and this is a problem but I think he’s got cause and effect reversed. If you look at the historical examples it’s not the case that wealthy people bought political power, its that politicians want economic power.

Is the debate moving towards Rand or Piketty?

The book has been a rallying cry for the left in the United States. This has been the left’s agenda under the Obama administration and they’re trying to have a substantial impact on the culture and I think they are being successful because they dominate the culture.

Over and over again they are pounding away at this issue with the latest book, this weapon they have at their disposal. Obama is right when he says this is issue of our time. We need to fight against their position on inequality its life or death at this point.