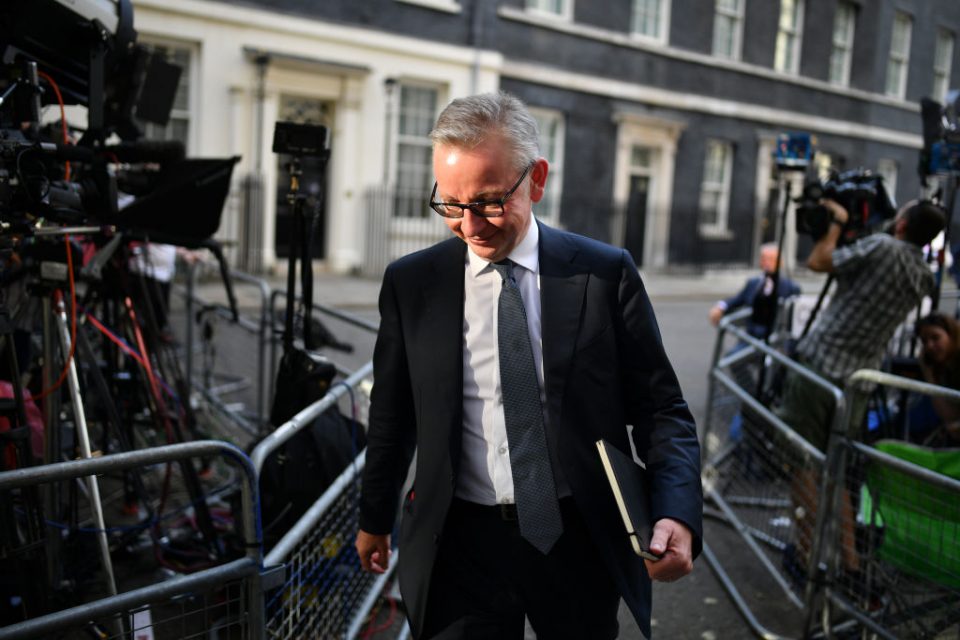 Michael Gove has said today that the new government will “operate on the assumption” of a no-deal Brexit on 31 October.

Read more: Tories get ‘Boris bounce’ in polls but pledge to focus on Brexit

Meanwhile, the chancellor’s deputy, Rishi Sunak, today insisted that Britain can pay for the costs of no deal with extra borrowing.

Writing in the Sunday Times, Gove said: “Planning for no deal is now this government’s number one priority.”

Gove is now in charge of overseeing government departments’ Brexit planning, having been appointed as Chancellor of the Duchy of Lancaster in new prime minister Boris Johnson’s extensive reshuffle last week.

“That is why we have, since Wednesday, been accelerating preparations,” Gove said. “Every penny needed for no deal preparation will be made available.”

Chief secretary to the Treasury Rishi Sunak said on Sky News that the plans will include hiring more border force guards and investing in new IT infrastructure.

Sunak, who was appointed by Johnson last week, said: “We can afford this, and the reason we can afford this is because there’s been some very careful management of the economy.”

He said the extra money would come from the so-called fiscal headroom, which is the amount that the UK can borrow and still keep debt falling as a share of GDP. Britain’s budget watchdog has said it amounts to around £25bn.

“Borrowing now is at a 17-year low, and that’s been the very careful stewardship of the economy that we’ve had,” Sunak said.

“The fiscal rules that we’ve set ourselves, that Philip Hammond had set, we’ve actually met one year early, so that’s where that capacity comes from.”

“We’re turbo-charging preparations for no-deal, that is now the government’s number one priority,” said Sunak.

But the Office for Budget Responsibility (OBR), the budget watchdog, said last week that crashing out of the EU without a deal could well push the government to borrow £30bn a year extra to cope with falling tax receipts.

The OBR said that even in a relatively “benign” no-deal scenario the fiscal headroom would be wiped out. “A more disruptive or disorderly scenario… could hit the public finances much harder,” it said.

The chief secretary to the Treasury said the new chancellor Sajid Javid would be making an announcement next week about extra funding to prepare for no deal.