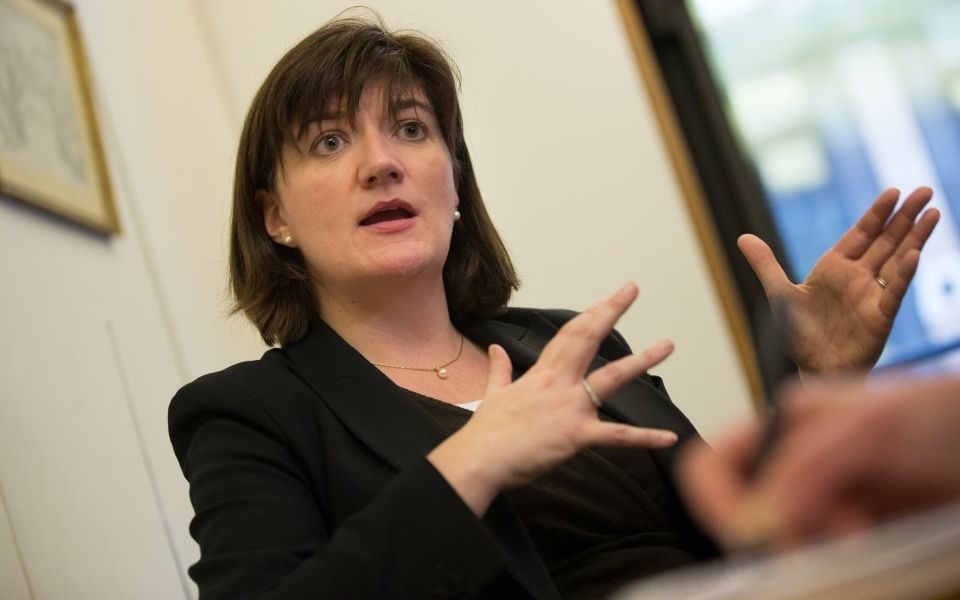 Treasury Select Committee chair Nicky Morgan has castigated the government over its Brexit outcome analyses, claiming it has shown the “most optimistic” model without addressing other factors including the short-term impact of leaving the EU.

Morgan, who was among the rebel Tories that pushed the government into a historic defeat over no-deal powers yesterday, said chancellor Philip Hammond’s latest white paper on Brexit “sheds no more light” on issues.

MPs are preparing for a crucial vote next week on the terms of Britain’s withdrawal. The Prime Minister is trying to secure backing for her own proposals, widely seen as too unpopular with parliamentarians to pass through the Commons.

Read more: Theresa May defeated on ‘no deal’ vote as 20 Tories rebel

“When MPs do eventually come to vote on the withdrawal agreement next week, we will be doing so without all the facts,” Morgan said. “This is not a position which MPs, as representatives of constituents across the UK, should be put in by any government.”

The influential Treasury committee complained last month that the government had failed to fully address issues surrounding Britain’s exit from the EU in its economic impact assessments, including on the impacts of the controversial Irish backstop, and the short-term impacts.

During an evidence session to the committee, Hammond said the Treasury’s modelling was unsuited to short-term analysis.

Morgan accused the government of being overly optimistic in using May’s so-called Chequers plan as the basis for its predictions – despite the proposal, adopted by Cabinet during the summer, being firmly ruled out by the EU over its frictionless trade aspirations.

“The Treasury committee’s report expressed disappointment that the Government modelled its white paper, which represents the most optimistic reading of the political declaration, rather than a more realistic scenario,” she said.