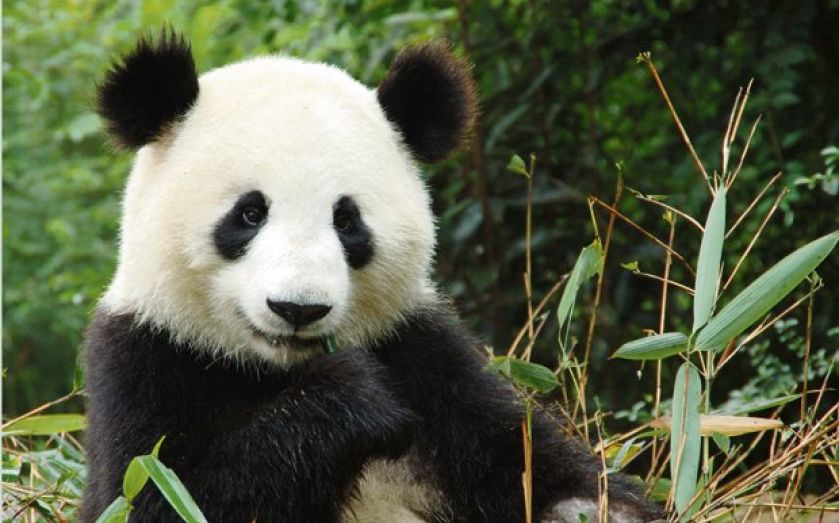 They famously eat shoots and leaves. LISA YOUNG gets up-close and personal with the Chinese city’s most famous residents

IT’S a warm August morning, the time of year when the sizzling Chengdu summer gives way to cooler climes. Chengdu sits in a fog-filled bowl 500 metres above sea level in the Sichuan Province of south west China. The surprisingly modern city is a mix of skyscrapers, designer buildings, slick bars and top-end international restaurants that rub shoulders with ancient temples and traditional Sichuan opera houses.

Chengdu is one of the most interesting provinces to explore. It’s a place where you can experience traditional tea house culture and have your ear wax removed (a local ritual) at the same time.

With a population of 13m, the city has grown at such a rapid rate over the past few years that it’s now China’s fifth largest city. Driven by industry, it has drawn many international companies to the area, to the extent that British Airways has a new direct route that flies from London to Chengdu’s Shuangliu International Airport three times a week. Yet these days Chengdu is most famous for its elusive, endangered resident – the giant panda bear. The Chinese are proud of their giant pandas, which have become the heart and soul of the country.

There are approximately 1,600 to 2,000 giant pandas living wild in Sichuan Province, but the number changes depending on who you speak to. Although wild panda numbers are on the increase, they are still considered an endangered species.

The 240-acre Chengdu Research Base of Giant Panda Breeding is located six miles northeast of Chengdu on the outskirts of the city.

To beat the crowds, we leave the Shangri-La Hotel in the early morning. The centrally located hotel is by far the most luxurious place to stay in town. It is located on the north bank of the Jinjiang River, near the beautiful nine-arched Jiu Yan Qiao Bridge. At night, the bridge is lit up in rich colours, creating a perfect reflection in the still water. The hotel is a stone’s throw from the He Jiang Ting Bar Street and the Lan Kwai Fong Chengdu purpose built entertainment district.

At the entrance to the panda base locals sell every kind of panda paraphernalia imaginable. We stroll along dense bamboo-lined avenues leading to various enclosures where around 70 giant pandas are up and active, waiting for their 9am bamboo feast. Onlookers gather to watch them sprawl lazily on the ground and shove fresh bamboo shoots into their mouths. The babies are housed at the nursery, where a long line of people queue up to watch ridiculously cute sleeping cubs lying side by side on a cot bed.

Bamboo has little nutritional value, so giant pandas must eat as much as they can; an adult will eat up to 60kg of bamboo a day. Truckloads of fresh bamboo shoots are brought in daily from the forests outside Chengdu.

In the wild, the creatures can live for up to 20 years, feeding on rodents, small birds, and various wild grasses and tubers. In captivity they can live for up to 30 years, as they receive specially prepared and fortified food, such as fruits, fish, eggs and their favourite, honey.

Our guide ushers our group into a building where we prepare for a close-up panda experience. We dress in scrubs, with a long blue gown, plastic gloves and covered shoes. We look like a team of doctors about to perform surgery. My attire is not for my protection, but for that of the panda.

We are led to a small courtyard where Ao Li Ao, a one-year-old male giant panda bear is slouched on a bench, being stroked by and photographed with three children. Ao Li Ao is adorable. His round face, large forehead, and low set eyes are similar in proportion to a human baby’s face, giving the animal a juvenile expression. It’s understandable why they are so popular. Perhaps their infantile appearance instinctively makes us want to save this endangered species.

Ao Li Ao looks up; his sticky paws tenaciously grip a continuous supply of honey soaked bamboo shoots, which his dedicated handler uses as a distraction from overly enthusiastic visitors.

Captive panda bears are generally tolerant and friendly. They may look cuddly, but like all animals they’re unpredictable; some visitors forget this and put their faces dangerously close. Pandas have strong teeth and jaw muscles as a result of devouring tons of coarse bamboo. Their claws are short but sharp, and they can be aggressive when protecting young or if they feel scared.

We are told that elusive giant panda bears are naturally solitary animals. But in the setting of the panda base, finding a solitary moment must be impossible. On a normal day around 50 people sit with one of four pandas. Should the bear become stressed or bored, it is returned to its lair and another is brought out to the delight of visitors.

The panda bears are not comfortable at such low altitude where it’s hotter, so air-conditioned accommodation has been created at the research base so they can retreat from the intense summer heat. The best time to visit the panda base is before or after the Sichuan summer when the animals spend more time outside.

Culinary experts will be spoilt for choice. In 2010 Chengdu was the first Asian city to be awarded a Unesco City of Gastronomy status. Be warned though, as Sichuan cuisine is renowned for its indulgent use of notoriously sweat-inducing fiery chillies and the famed mouth numbing Sichuan peppercorns.

I stroll along famous Jinli Street to sample some of the delicacies on offer. I spot locals chomping on deep fried “chick in a bag”, with the creature’s now-crispy legs dangling from their mouths. Jinli Street is a great place to explore, with lots of restaurants, street food vendors, trendy bars and clubs that stay open late into the night.

Outside Chengdu, must-see wonders include the world’s largest stone-carved Buddhist statue in Laeshan, and the Nine Villages Valley. Also worth a visit is the local culinary school, where you can discover the intricacies of Sichuan cooking.

But whether wild or captive, seeing an endangered panda bear close-up is the highlight of any trip to Chengdu.

TIPS
The gateway to the panda base opens at 8am to 5:30pm all year round. It best to get there early to see the baby pandas being fed and playing at the top of the panda park. Avoid visiting the research centre during China’s National Holiday between 1-7 October, when the queues are very long.Chengdu enjoys a subtropical monsoon climate with an average climate of 16 degrees.

WHAT TO DO
Wendy Wu Tours’ “Sichuan Explorer” tour offers a 13 day ‘Sichuan Explorer’ itinerary including the most breathtaking natural wonders of China, from the stunning Nine Villages Valley, to magnificent Mt Emei and the striking Huanglong Pools, and a visit to Chengdu’s famous Panda Conservation Centre. The tour is fully-inclusive and is priced from £2390 departing in April 2014. Price includes international flights to Chengdu with British Airways, domestic transportation, touring with guides, accommodation, entrance fees, meals and visas for EU passport holders. www.wendywutours.co.uk