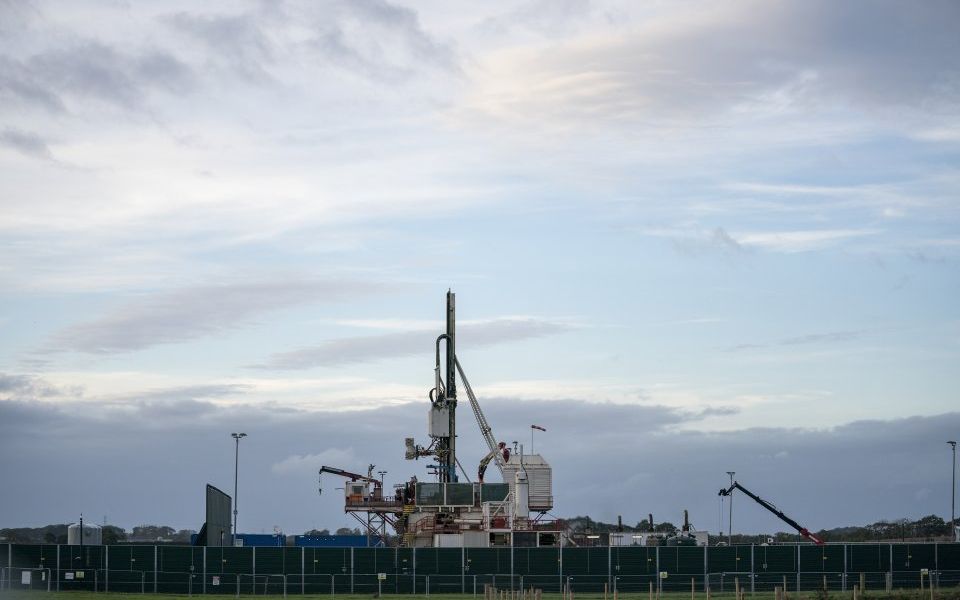 Not since the debate about nuclear power has an energy issue proven as controversial as fracking.

Hydraulic fracturing, the process of blasting a mix of water, sand and chemicals deep into the earth to extract shale oil and gas, has riled parliament, rallied campaigners and grabbed headlines. But ask the boss of the first company to gain permission to frack onshore in the UK what is so interesting about it all, and his answer may be a surprise.

“I don’t find fracking fascinating at all to be perfectly honest with you – it’s just injecting high-pressure liquid to crack the rock. What’s fascinating about that? Nothing,” says Francis Egan, boss of Cuadrilla Resources.

Cuadrilla was set up in 2007 and has established itself as a leader among the small pool of companies trying to press ahead with onshore fracking in the UK. A private company, it is 47 per cent owned by Australian energy group AJ Lucas, 45 per cent owned by private equity firm Riverstone Holdings and eight per cent by employees.

Egan has been at Cuadrilla’s helm since 2012 and has spent more than three decades in the oil and gas sector. The Irish boss is quick to joke that after most of a career spent avoiding the media he was convinced by Cuadrilla’s former chairman Lord Browne to join the company under “false pretences”. “He said we’d be drilling and testing lots of wells and there would be a little bit of PR,” laughs Egan, whose experience leading the company has so far been quite the opposite.

In July, the government gave Cuadrilla a green light to frack one of two horizontal wells it has drilled at its Preston New Road site in Lancashire, and in September gave the go-ahead to frack a second well.

Cuadrilla’s efforts to frack gas in the Bowland shale gas formation from Lancashire were stalled in 2011 after two earth tremors that measured 2.3 and 1.5 on the Richter scale were detected after its hydraulic fracturing operations at Preese Hall, which triggered a moratorium.

The fracking process at the Preston New Road site is due to start this week. The company expects fracking both wells to take around three months and for tests of the natural gas flow rate to show results in the first quarter of next year. That is provided a last-gasp injunction, filed by an anti-fracking activist to halt operations and to be heard in the High Court on Wednesday, is not granted. Cuadrilla is confident it will fail.

Campaigners’ main concerns with fracking in the UK are threefold: pollution (particularly of groundwater), seismic activity (which the injunction has emphasised) and a continued reliance on fossil fuels.

When asked about the safety risks of fracking, Egan says that "from a safety point of view, I can't see of any way that the UK cannot or should not be able to safely develop this resource".

There is no pollution risk to groundwater, Egan says, as the company only uses one chemical in its fracking mixture, polyacrylamide, which is a non-toxic lubricant. The risk of earthquakes cannot be ruled out, but stricter measures are in place, with more detailed pre-fracking seismic studies now required and a new monitoring system from the Oil and Gas Authority which will require operators to stop work if small seismic events are recorded.

When it comes to fossil fuels, Egan believes there is no way renewables will be able to meet the UK’s energy needs for some time and UK regulation means operations will be of a far higher standard than in many of the countries from which the UK would import.

“It’s not that I don’t think renewables have a role to play, I absolutely think there is, but I get fed up when I see what I think is the hypocrisy of a politician that would say ‘I’ll ban fracking’ and then import it from the US. That’s just as polluting.”

As the mammoth Groningen gas field in Holland looks to close by around 2030, a reliance on US imports or Russian pipeline gas is the only alternative for the UK.

For Egan, the ideal solution is not to “just outsource the issue to Russia and close your eyes and say we banned fracking and don’t count the emissions” from Russia in the UK’s tally, but instead to capitalise on a resource under the UK’s own soil that would have other effects such as generating “hundreds of millions of pounds of development expenditure in Lancashire”.